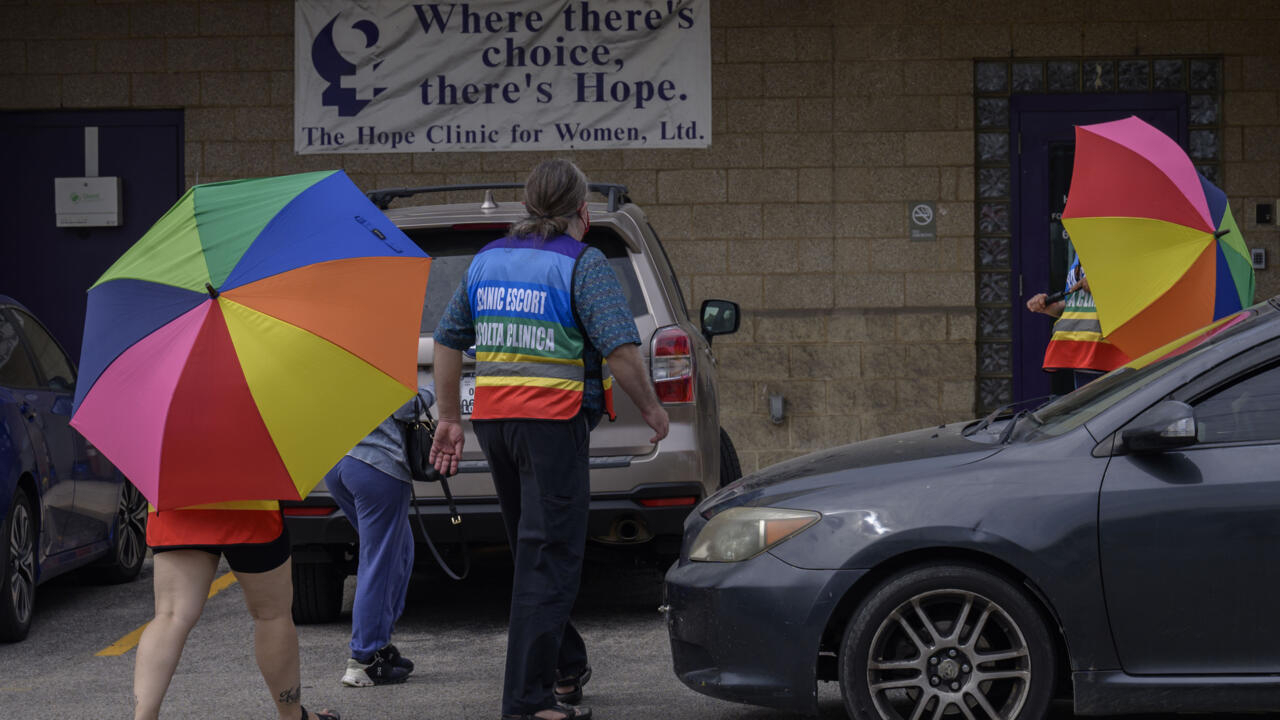 Saint Louis (United States) (AFP) – Sitting on her couch with a ‘Let’s Destroy the Patriarchy’ mug in her hand, Lori Lamprich reminisces about her abortion 15 years ago: Back then, the procedure wasn’t as difficult as it is now in her native Missouri , a conservative state in the American Midwest.

This is what prompted this 39-year-old American to join the Midwest Access Coalition (MAC) in 2020, an association that helps women wishing to perform voluntary termination of pregnancy (IVG).

“Anything I can do to make the process easier, I want to do it,” she exclaimed to AFP.

At home, in St. Louis, Missouri, on the natural border of the Mississippi River with the neighboring state of Illinois, getting an abortion was a challenge. It is now illegal.

Planned Parenthood, the last clinic to perform abortions, had to cease operations on June 23, when this Republican state became the first in the United States to ban abortion after the shock decision an hour earlier. , of the Supreme Court in Washington overturning the historic judgment “Roe versus Wade” which guaranteed the federal right since 1973 to abortion throughout the country.

The federated American states will now be able to authorize or prohibit it. Twenty-six should end abortion, according to the Guttmacher Institute, and a dozen have already taken the plunge.

From Saint-Louis, 300,000 inhabitants, Lori Lamprich has only to drive across the bridge over the Mississippi and a sign wishes “welcome to Illinois”.

Abortion is still legal there. “In 20 minutes, you enter a completely different world,” laments the volunteer.

Several times a month, Lori Lamprich helps women travel to Illinois. And it will be more and more in demand.

“There are going to be more and more people, all the people who went to Planned Parenthood in St. Louis are going to have to be taken to Illinois,” she explains.

She takes them to the Hope Clinic for Women care center in Granite City. At the entrance, volunteers accompany patients hidden behind rainbow-colored umbrellas.

John, an anti-abortion campaigner, holds up a sign with a picture of a bloody fetus. “Give yourself a chance to love your child and hold him in your arms,” ​​he shouts at the women.

A little further on, a dozen faithful Catholics are praying.

For their priest, who wishes to remain anonymous, the decision of the Supreme Court does not put an end to his fight. “It’s not really a big victory. Abortion is always possible, just take your car,” he breathes.

At the Hope Clinic, the phone keeps ringing.

“We are still accepting appointments,” assures a receptionist to a patient on the phone.

“You have a long way to come, sweetie?” asks another: “Five hours?”

Illinois, a state rooted in the Democratic camp, is surrounded by Republican states that have or are about to ban abortion.

Hundreds of kilometers around, it will therefore be the only state offering abortions.

Democratic Governor JB Pritzker, condemned the “abject” decision of the “extremists” of the Supreme Court and promised to make his state a “sanctuary” for abortion.

One of the leaders of the Hope clinic, Julie Burkhart, estimates that abortions could double or triple: “People travel very far to access abortion care. We are an important resource for people from southern states who are on the point of completely losing their right to abortion”.

The clinic will have to hire and could devote itself only to abortions.

Other establishments are preparing for an influx of patients.

The Planned Parenthood of Saint-Louis had anticipated and opened, in 2019, a second clinic on the Illinois side.

In Tennessee, the Choices Clinic – Memphis is opening a new facility three hours away in Carbondale, Illinois.

This university town was chosen for its train station and its strategic location: on the borders of Missouri, Arkansas, Kentucky and Tennessee.

But this will have a cost for the most precarious women. An abortion costs between 500 and 2,500 dollars. It will be necessary to add transport, hotel, work stoppage…

The MAC association, which already helps these women, will have to find more money.

Experts also fear that conservative states will prosecute people who help women have abortions elsewhere. “It scares me, but it’s not going to stop me,” says Lori Lamprich. “It’s too important for me.”