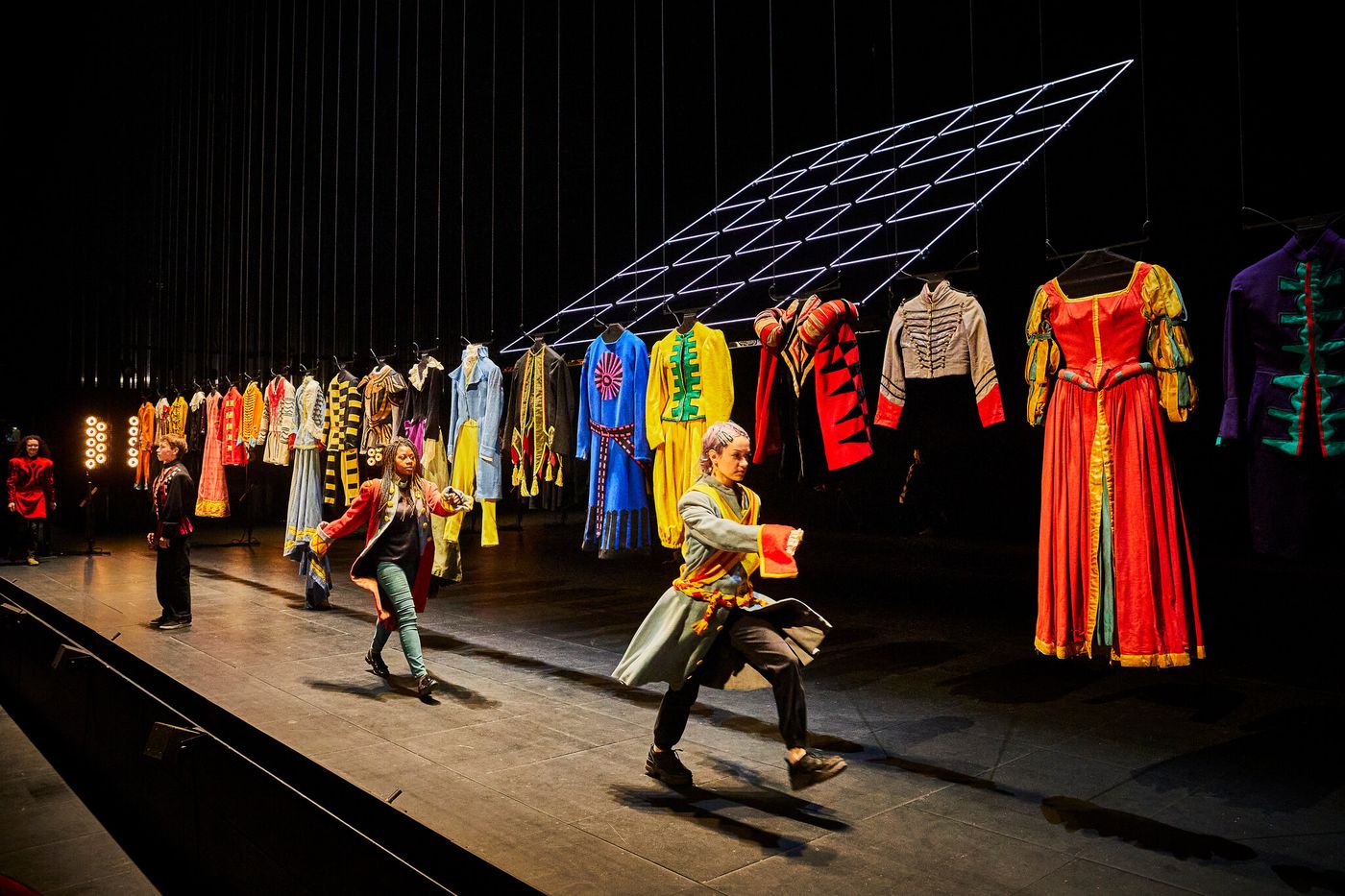 While having his young troupe rehearse for the first time, Jean Bellorini suddenly has the impression of reviving old ghosts: on the stage, 22 amateurs full of life put on costumes worn, there are more than a half. century, by Maria Casarès, Jean Vilar or even Georges Wilson. What do they have in common? They marked with their paw, their tone, their playing, the long history of Popular National Theater (TNP). «And it is overwhelming!», confides in an almost trembling voice the director who took the reins, a little over a year and a half ago.

Presented this Saturday, September 25 in Villeurbanne (Rhône), its creation And others than me will perhaps continue my dreams is the culmination of a centenary that the establishment has been celebrating for nearly a month, through meetings, exhibitions and original shows.

On November 11, 1920, Firmin Gémier brought out of the ground, in Paris, the first version of the TNP, the fruit of a revolutionary utopia inspired by Maurice Pottecher and which has become an obsession: theater for all. The last on the list of his successors is now clear: “ we must never fall into the trap of forgetting but constantly renew this project which seeks only one thing: to humanize society a little. »

A NPT in the plural

On the mezzanine overlooking the entrance to the building, old memos are displayed: “Dear Monique, it is essential to send the actors these good faith remarks which come from the spectators», can we read from the hand of Jean Vilar. Because if he is not the founding father, the man of the theater is a key architect of the conquest of the new public: at the helm between 1951 and 1963, he introduced an end-of-show questionnaire, lower prices. , schedule changes, which blew up the “bourgeois” codes. So much so that the sociologist Laurent Fleury, invited to speak this Saturday afternoon, recounts having heard several times in his interviews: «Vilar’s NPT changed my life. »

Here, we readily speak of “the” NPT. First, for obvious geographical reasons, since, after having been successively associated with the Trocadéro and Chaillot palaces in Paris, the label was transferred to the Lyon metropolis where decentralization ended up doing its job. But also because the institution is imbued with each new mandate with a personality and a historical context. «We want it to bring together and educate in the post-war periods, while it must instead challenge and transform in the post-1968 years!», recalls Marion Denizot, professor of theater studies at the University of Rennes.

After the “democratization” of the great classics, therefore, Georges Wilson gradually opened up the repertoire to contemporary authors. Roger Planchon claimed power in «director-creator». All will suffer their share of criticism – artistic, administrative, societal – but none will arouse controversy.

«And it’s curious ”, we hear several times in the room. Because the job is a “huge responsibility” », As Jeanne Laurent suggests, in an exchange of letters chosen to inaugurate the centenary events. The decisive role of this high official from the middle of the twentiethe century reminds us that the anniversary is also that of a political fight, to impose everywhere the intuition of public theater. If the gesture is today taken up by many initiatives, institutional or citizen, the National Popular Theater remains a place of memory and an eternal experience, «whose ambition will never really come true ”, believes Jean Bellorini.

Appointed in January 2020, this supporter of an art made «by and for hearts» refuses the title of heir but feels responsible for the history of an establishment, which it sometimes happens to rename «National Poetic Theater». It promotes transmission «direct “, by importing its concept of «ephemeral troop» with young inhabitants, or by supporting the project of mini-cultural centers in schools.

«I believe that the permanence and the anchoring of artists in the territory are among our most effective tools today ”, he explains. The goal has not really changed: to remember that everyone has in themselves «the faculty of wonder “.

1920. After the abortive experience of the Traveling National Theater, the director Firmin Gémier founded the National Popular Theater (TNP) at the Trocadéro Palace in Paris.

1951. Supporter of a “Theater-public service”, Jean Vilar is appointed by Jeanne Laurent at the head of the TNP, at the new Palais de Chaillot.

1972. The label was transferred to the Théâtre de la Cité, founded in Villeurbanne by Roger Planchon, who took over the management alongside Patrice Chéreau and Robert Gilbert: the TNP became a symbol of decentralization.

2002. Christian Schiaretti becomes director of the establishment, where he notably inaugurates the new Grand-Théâtre.

2020. Jean Bellorini, former director of the Gérard-Philipe Theater in Saint-Denis, takes over: he proposes a project focused on transmission and anchored in the territory.