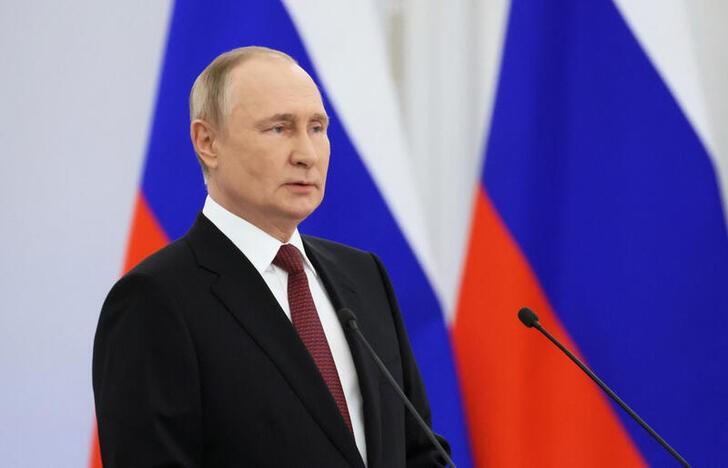 Will Putin use nukes? How many nuclear weapons does Putin actually have? How will the United States and the North Atlantic Treaty Organization (NATO) respond if Russia uses nuclear weapons? These questions and their answers are summarized below.

◎ Will Putin use nuclear weapons?

That will depend on how big the threat Mr. Putin sees to the Russian state and his regime.

According to Putin’s definition, a war in Ukraine is a fight for Russia’s survival against the West, who wants to destroy Russia and control its vast resources.

Mr Putin has warned the West that his statement that he is ready to use nuclear weapons is by no means a verbal threat. What some experts consider to be a “bluff” is taken seriously by the U.S. government.

Already Russia’s unilateral annexation of 18% of Ukraine into its territory has increased the scope for nuclear use. Putin may see attacks on these areas as directed against Russia itself.

The basic doctrine of Russia’s nuclear strategy allows for a nuclear counterattack if Russia’s national survival is truly threatened, even in the case of a preemptive strike with conventional weapons.

“Putin is only verbally threatening for now,” said Yuri Fedorov, a Prague-based military expert. I can’t say for certain that it will happen.”

When asked by CBS if Putin was moving toward a nuclear attack, CIA director Byrnes told CBS: “I take this kind of intimidation very seriously because everything is at stake. I need it,” he said.

But Barnes said the US intelligence community had no “actual evidence” that Putin was on the verge of using tactical nuclear weapons immediately.

◎Nuclear weapons that may be used

There is absolutely no voice within the Russian government encouraging the use of strategic nuclear weapons capable of destroying cities in the United States, Russia, Europe, and Asia.

Heikh Kadyrov of the Chechen Republic has said Russia should use low-yield tactical nuclear weapons in Ukraine.

Tactical nuclear weapons are intended for “tactical” targets on the battlefield, and are far less effective than strategic nuclear weapons designed to destroy large cities such as Moscow, Washington, and London. Delivery launch vehicles range from aircraft to ground platforms, surface ships, submarines, and ground forces.

Russia has specialized nuclear forces trained to perform missions on these apocalyptic battlefields, but it is not clear that regular units, contract soldiers and conscripts are up to the task.

As the number one superpower, the United States would effectively decide what to do if Russia carried out a nuclear attack.

Together, Russia and the United States possess 90% of the world’s nuclear warheads. These were accumulated during the Cold War, and Russia inherited its nuclear arsenal from the former Soviet Union.

Former US Central Intelligence Agency (CIA) director David Petraeus said that if Russia used its nuclear weapons, the US and NATO countries would destroy Russian forces and equipment in Ukraine and destroy the Black Sea Fleet.

According to the Federation of American Scientists (FAS), Russia has the most nuclear warheads in the world with 5,977, followed by the United States with 5,428.

These include stockpiles and retired ones, but both the United States and Russia have warheads large enough to destroy the world multiple times.

On the other hand, Russia has about 10 times more tactical nuclear warheads than the United States. About half of the 200 U.S. stockpiles are based in Europe.

The destructive power of US tactical nuclear weapons can be adjusted from 0.3 to 170 kilotonnes of TNT equivalent. The atomic bomb dropped on Hiroshima in 1945 weighed about 15 kilotons.

*The message will be resent due to system reasons.