Intel launched the 13th-generation Core i processor code-named Raptor Lake, which not only improved performance and power efficiency, but also added more E-Cores to the same level of products to enhance the overall multitasking performance.

Looking back at Intel’s launch of the 12th-generation Core i processor code-named Alder Lake in 2021, it uses LGA 1700 pins and introduces new P-Core performance large cores and E-Core efficiency small cores.Hybrid Heterogeneous Core Architecture, through two processor cores with different design concepts, the ultimate performance of single thread is improved, and the consideration of power efficiency that takes into account multi-tasking performance and power consumption, to achieve the advantage of having both. For more introduction and testing of Alder Lake Core i processors, please refer to 《Alder Lake review: Intel’s 12th Gen Core processors squeeze toothpaste” and the extended reading at the end of the article.

Intel on September 28, 2022Innovation 2022 Eventsofficially released the 13th-generation Core i processor code-named Raptor Lake. It is based on the previous generation processor, extends the LGA 1700 pin, and also uses the Intel 7 node process, but in terms of design architecture and transistor process There are many improvements, and the improvement of the ThreadDirector scheduler responsible for scheduling 2 different cores can bring more powerful performance and power efficiency.

The first wave of processors released this time includes the K version with unlocked multipliers such as Core i5-13600K, Core i7-13700K, Core i9-13900K, and the KF version with the same specifications but without built-in display function, which is 25 dollars cheaper , a total of 6 processors. Please refer to the table below for comparison with previous generation products.

(If the table below cannot be displayed in full, please click to view itImage version） 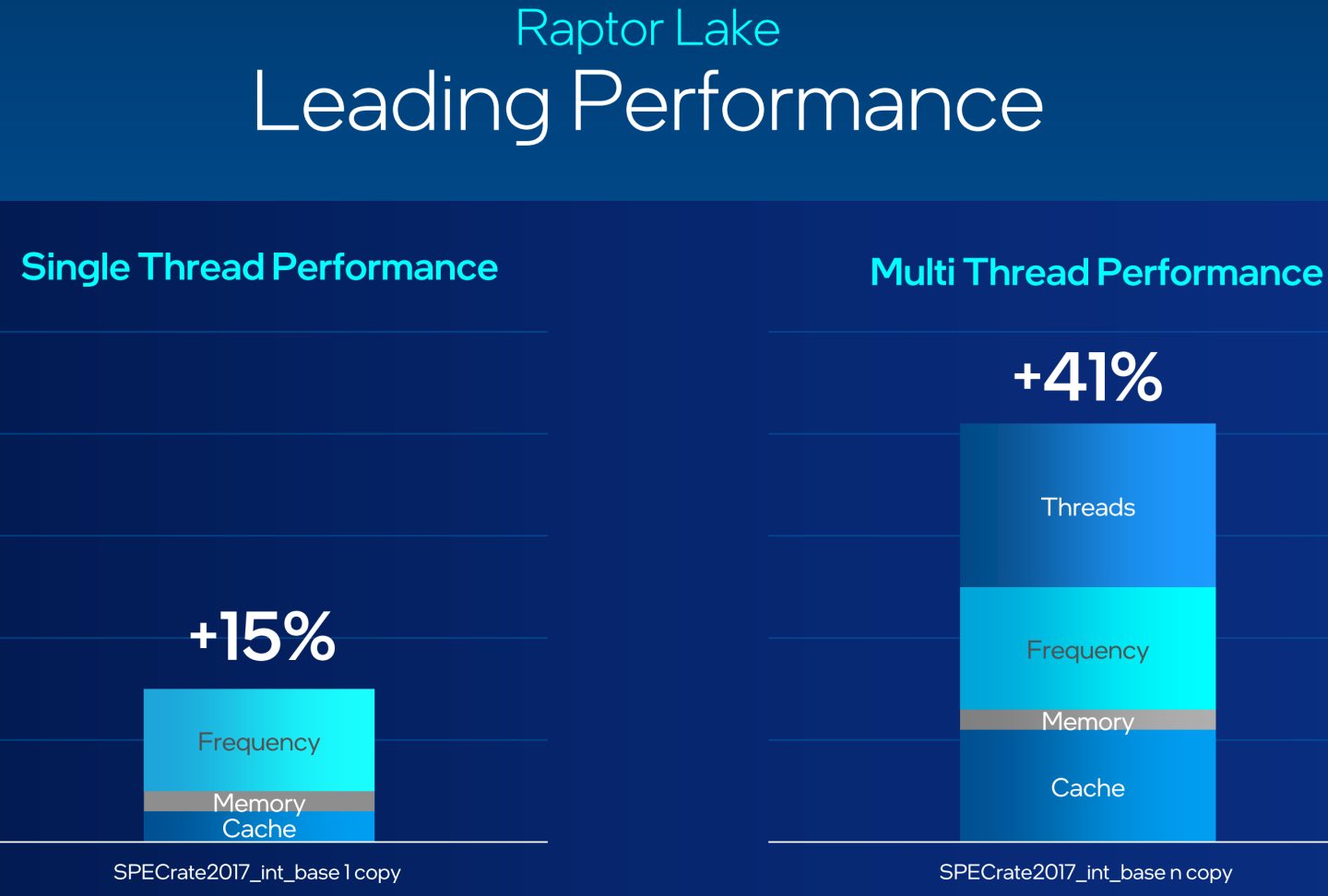 The test samples I received this time are Core i5-13600K, Core i9-13900K and other 2 processors, with Asus ROG Maximus Z790 Hero motherboard, and use the same G.Skill Trident as the previous AMD Ryzen 7000 series processor test topic The Z5 Neo memory can even see the performance comparison of the new generation processors at the same memory speed.

During the test, the Resizable BAR function of the graphics card was turned on. Each result was tested in 2 rounds. After determining that there were no extreme values, the average was taken. The game performance used the built-in test mode of the game. “Global Offensive” uses Titled Tower Benchmark, FPS Benchmark map and NVIDIA FrameView to test, and set the highest picture quality in 1080p, 2K, 4K resolution. Set the item to the highest setting, turn off settings such as VRS or dynamic resolution, and only adjust the ray tracing function on and off. As for the results of the control group, the results were taken from the previous articles written by the author. 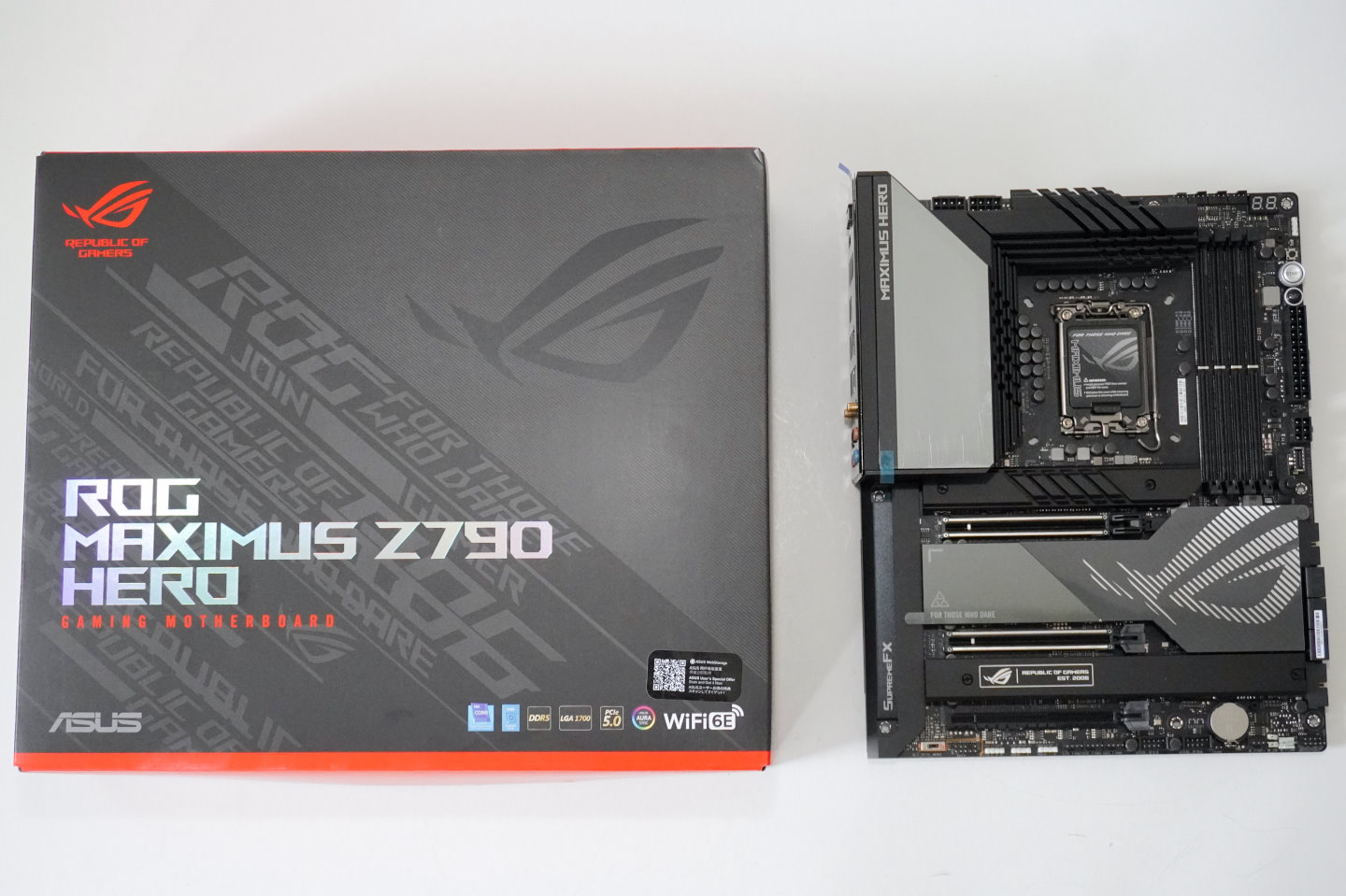 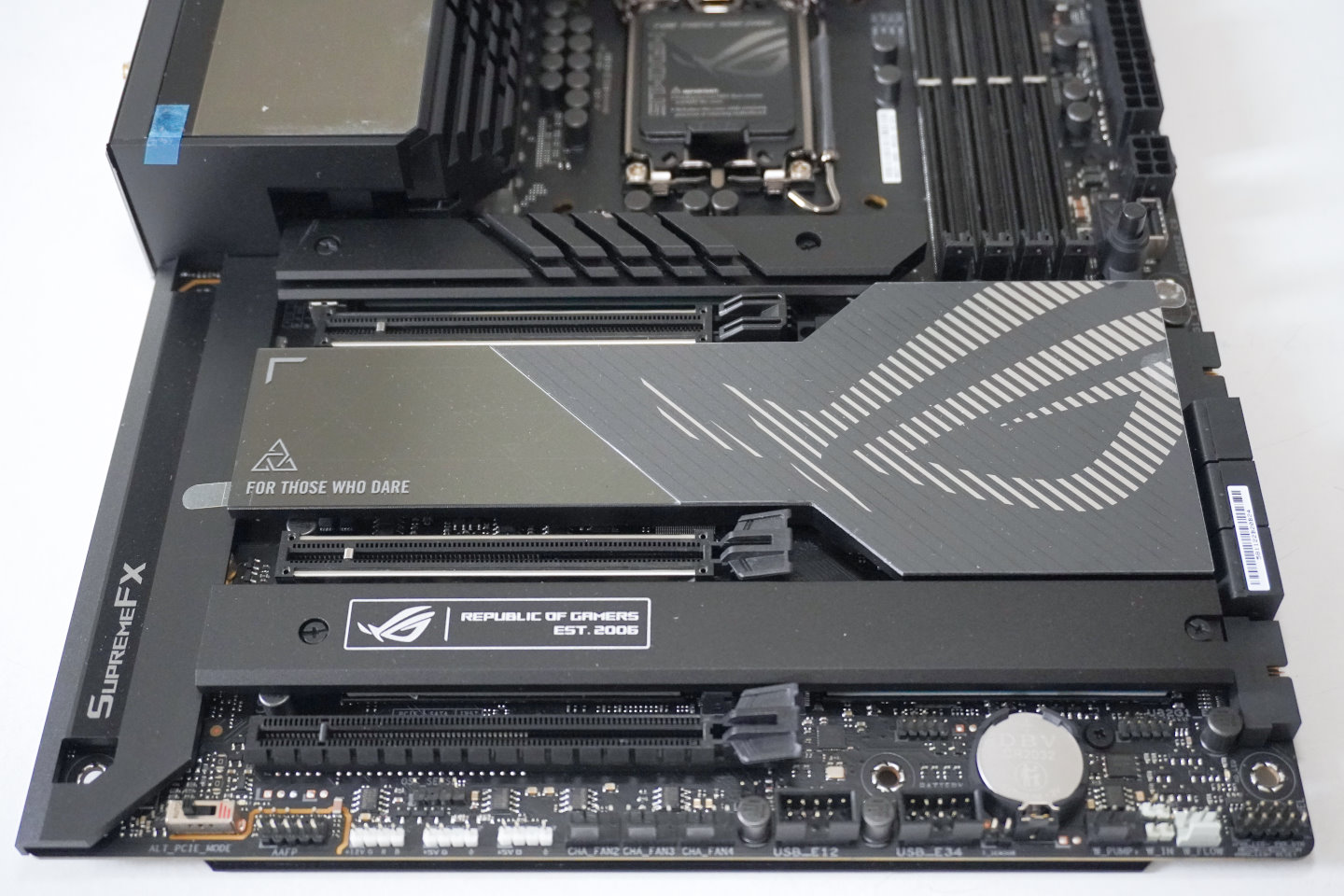 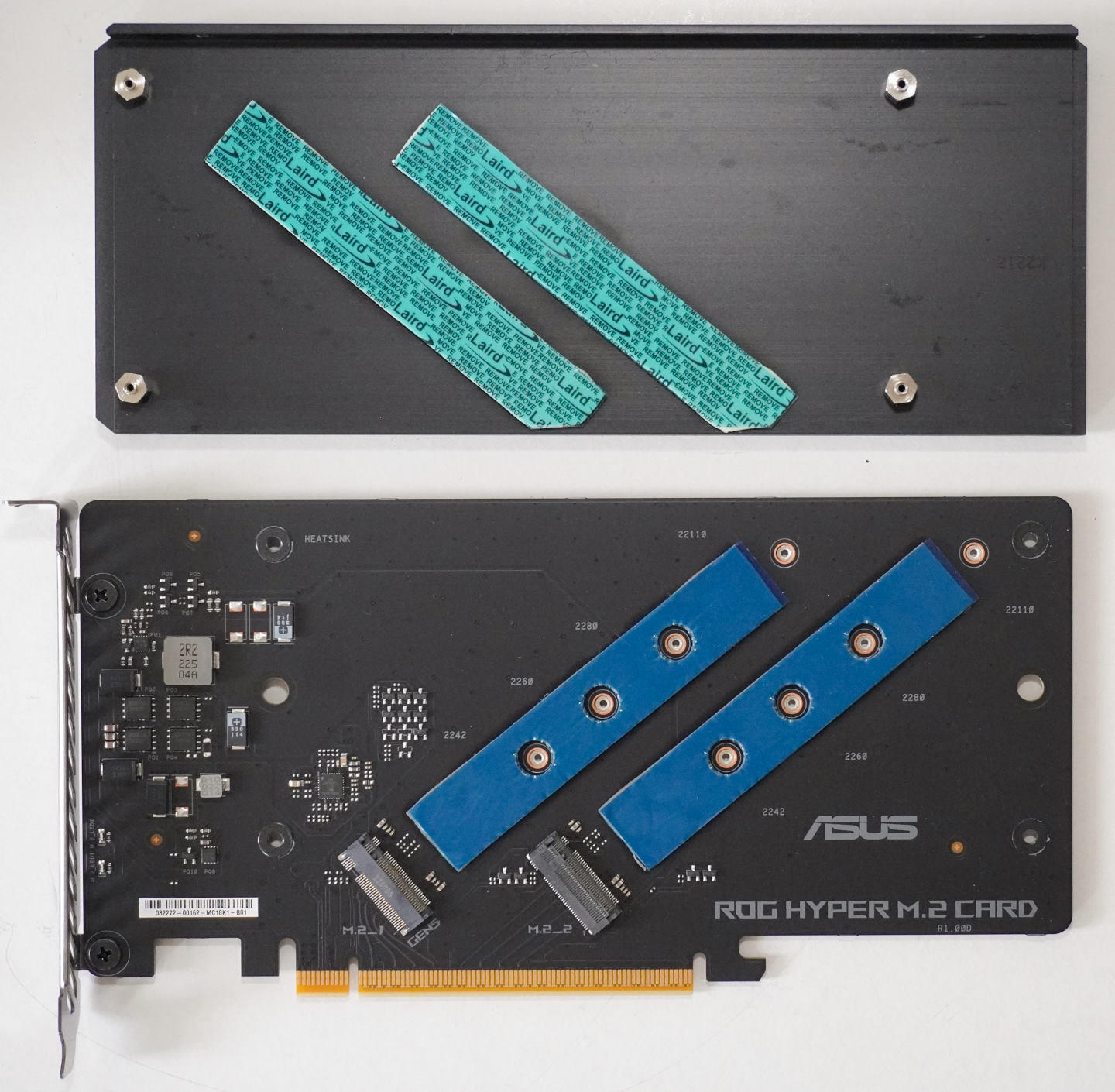 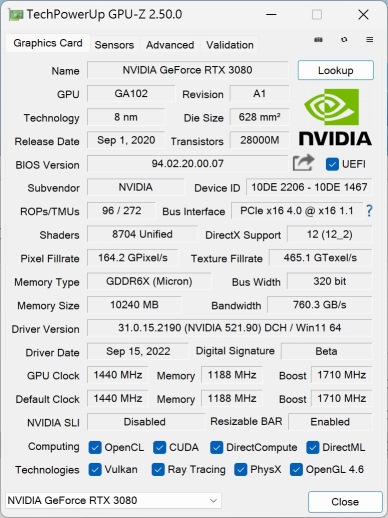 ▲The graphics card used in the test is NVIDIA GeForce RTX 3080 Founder Edition, and the Resizable BAR function is turned on.

In the first half of the test, we first analyze the tests that are closely related to processor performance to see how far the king of polishing Intel can improve the performance of the Raptor Lake processor with a small facelift. 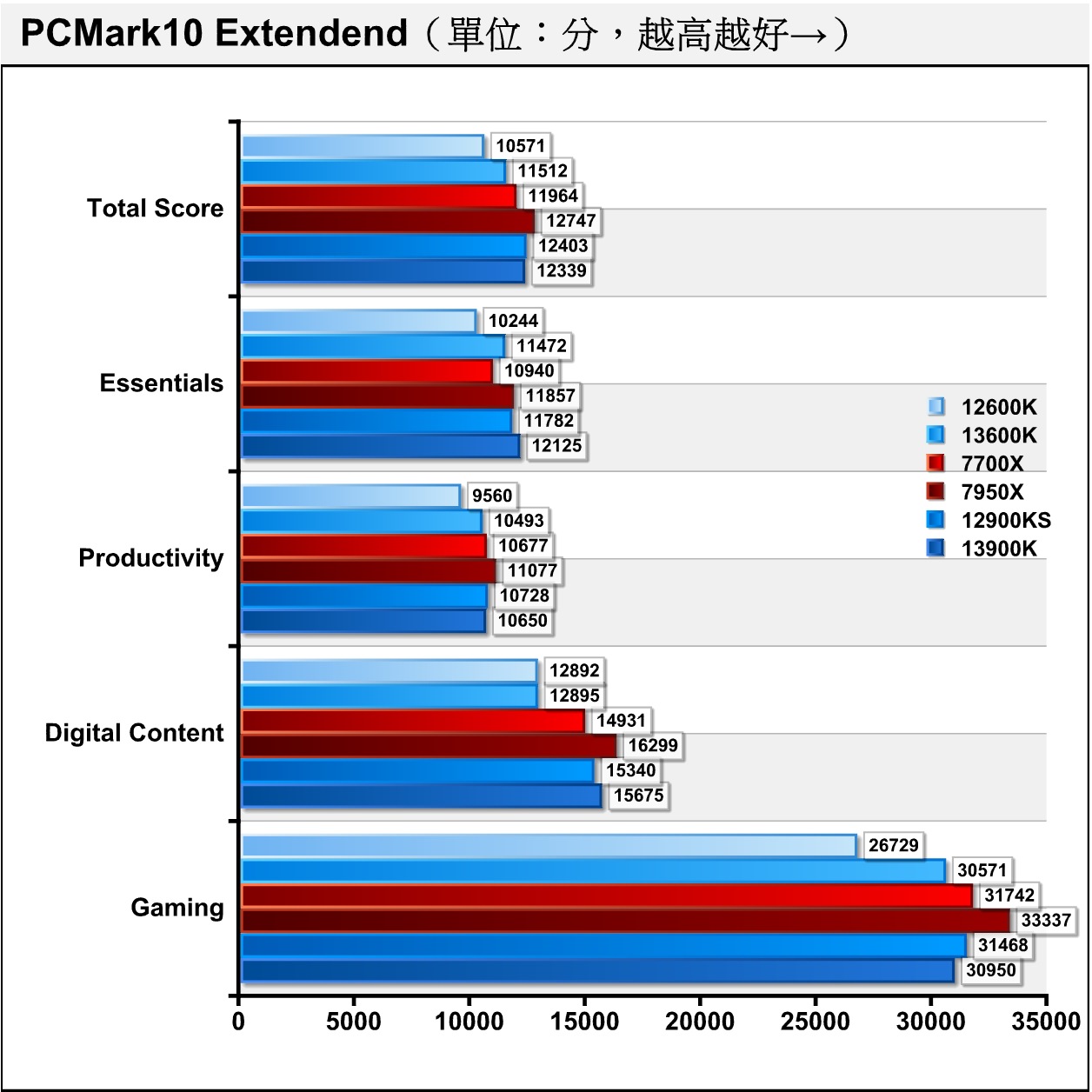 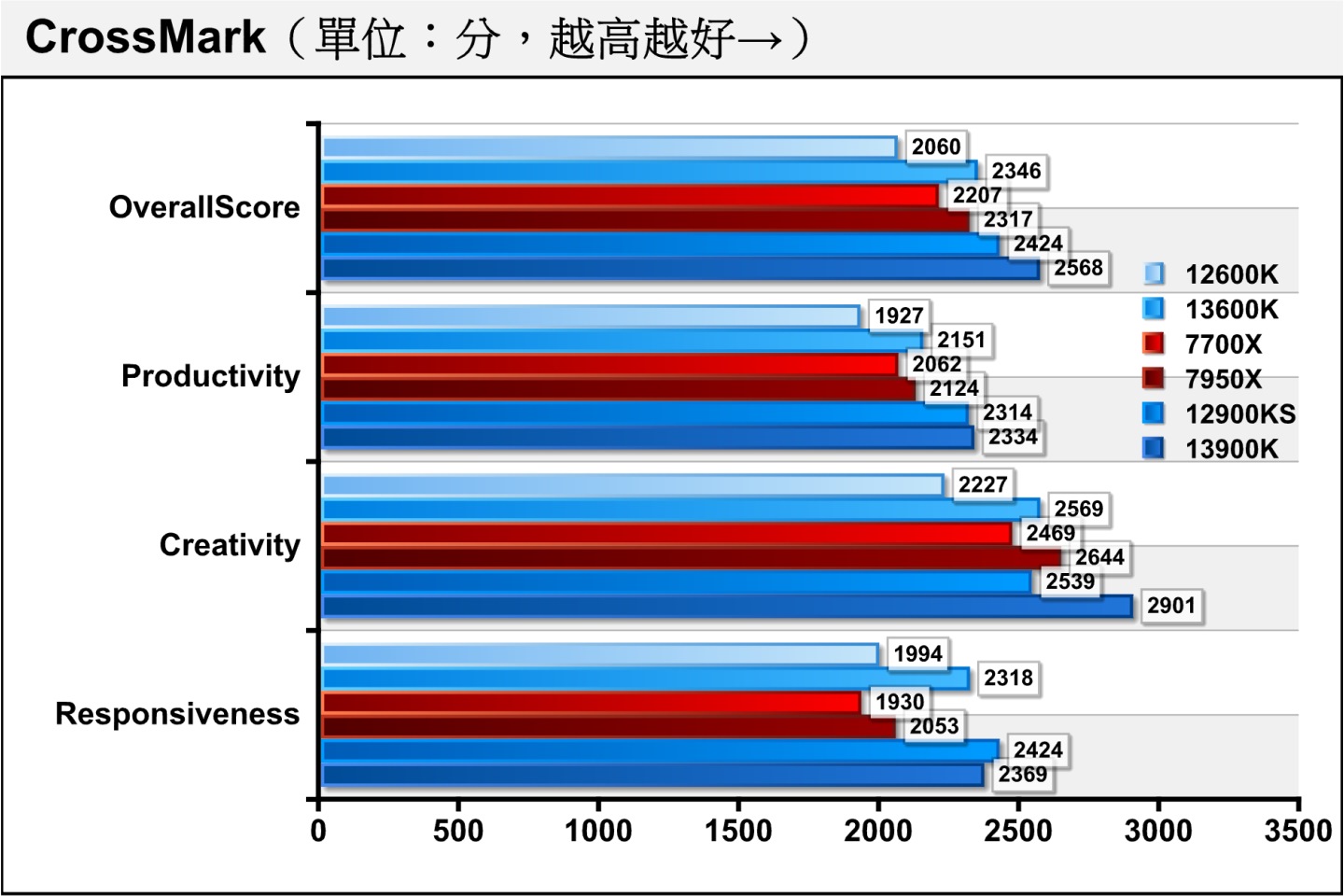 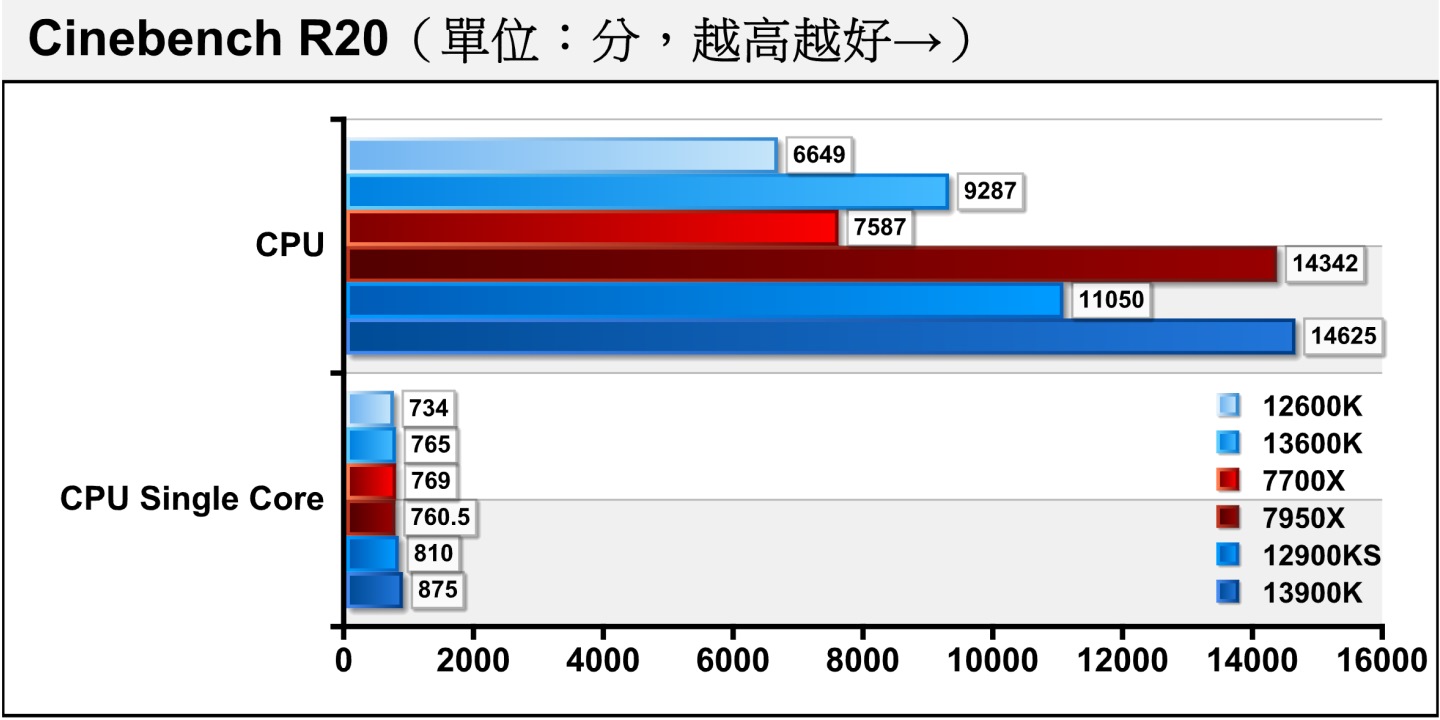 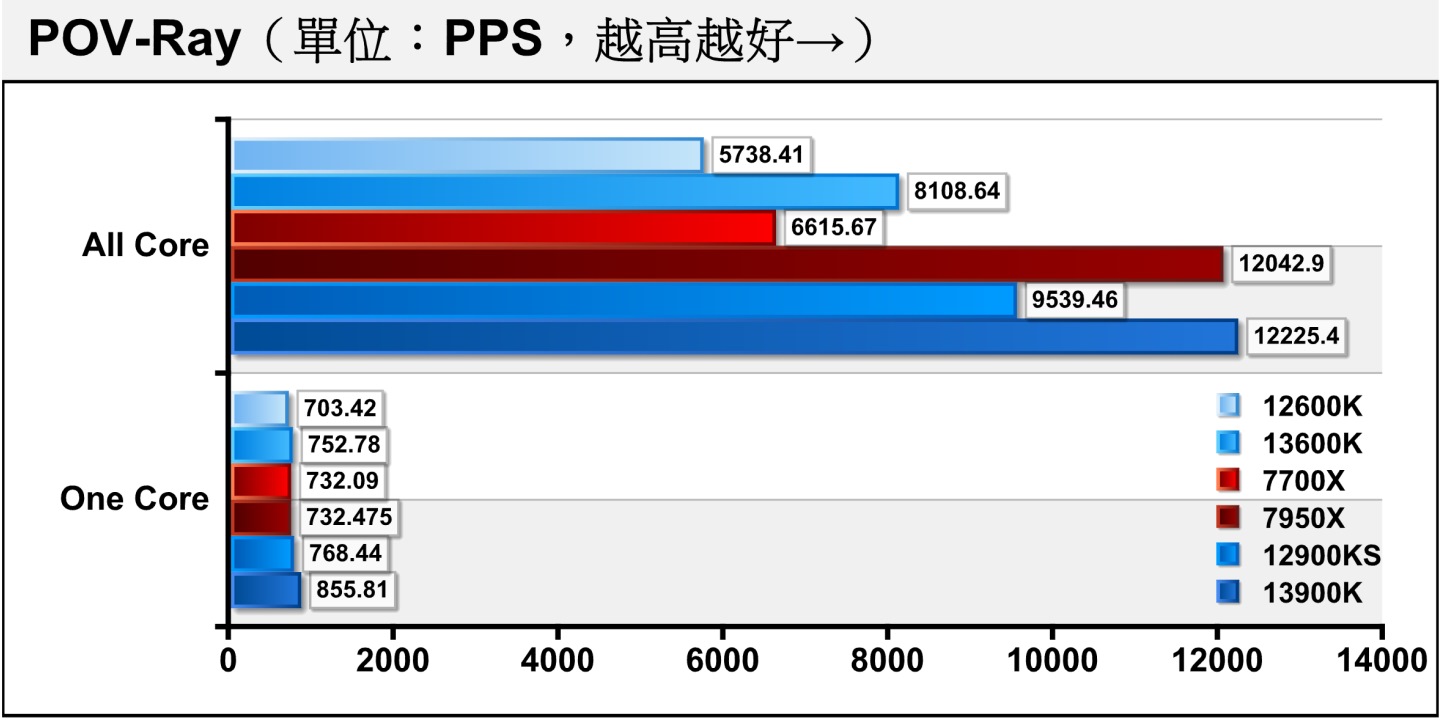 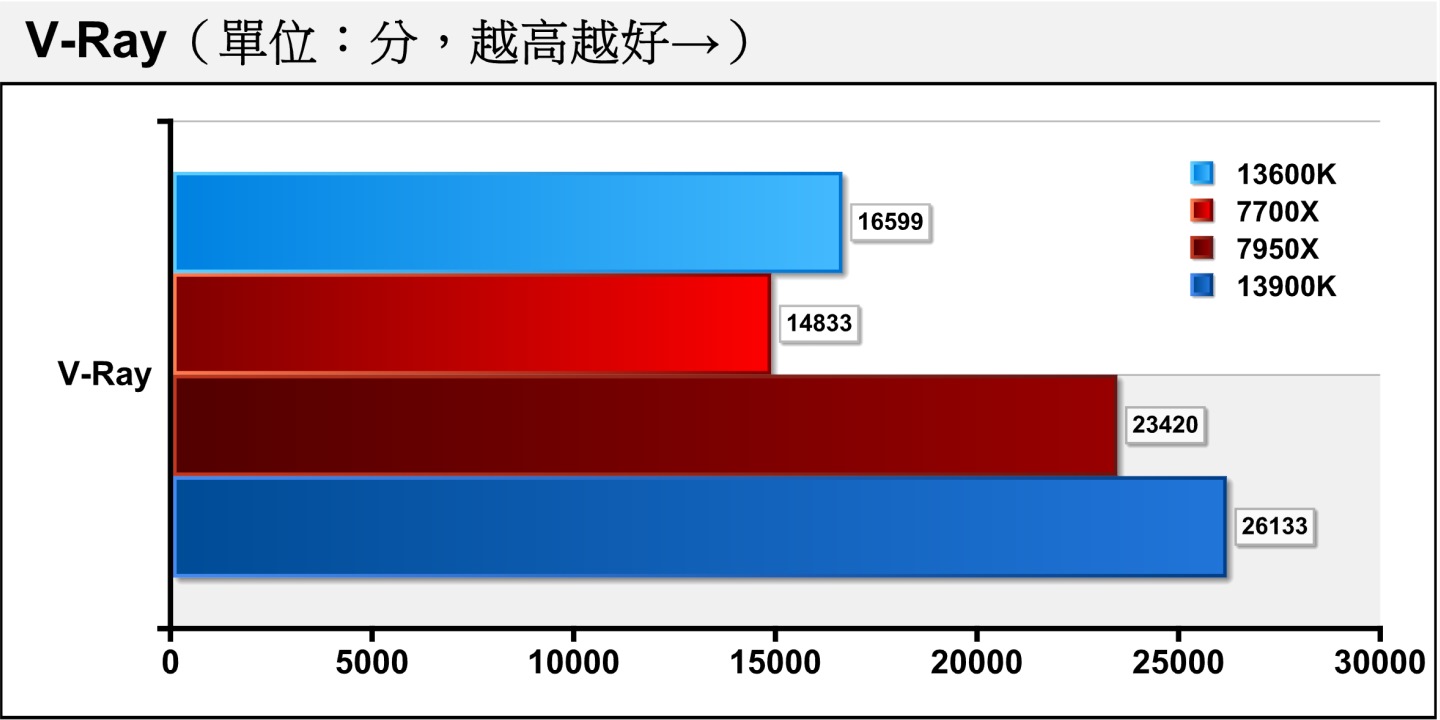 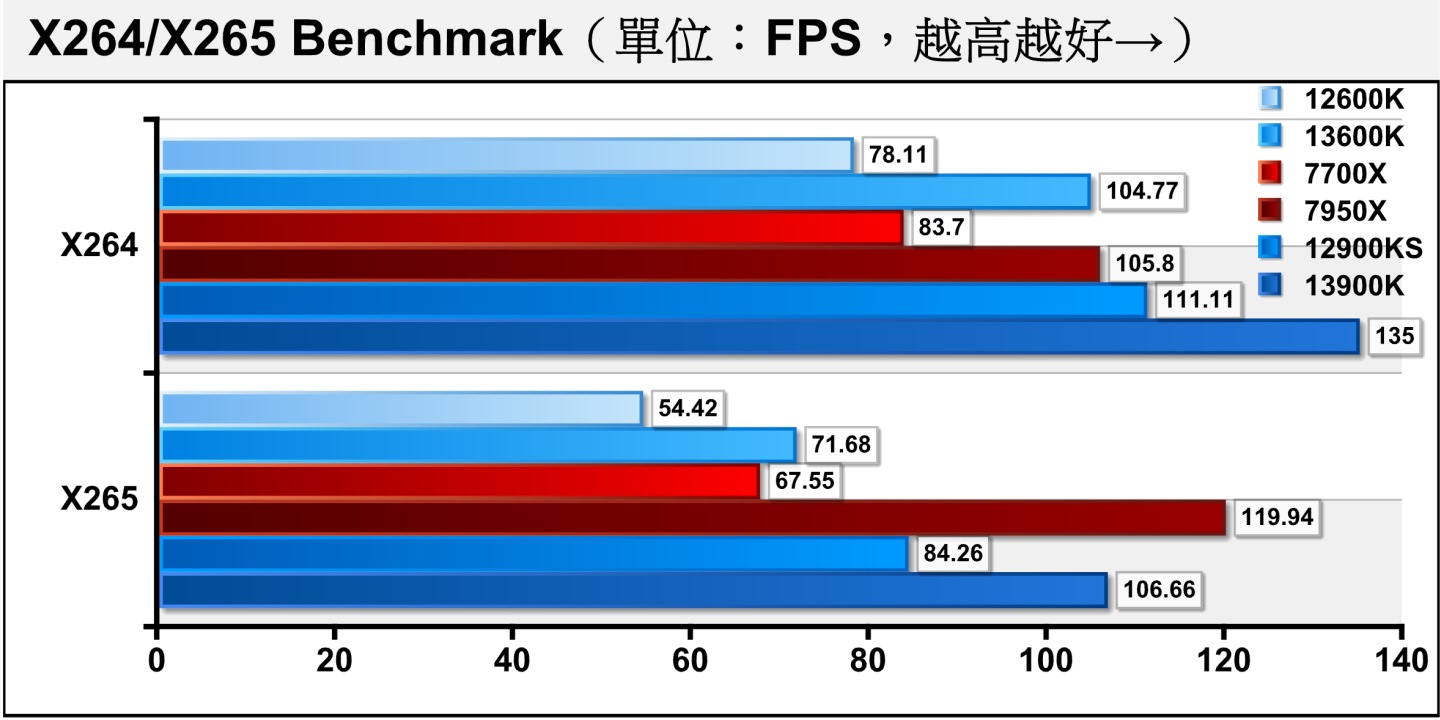 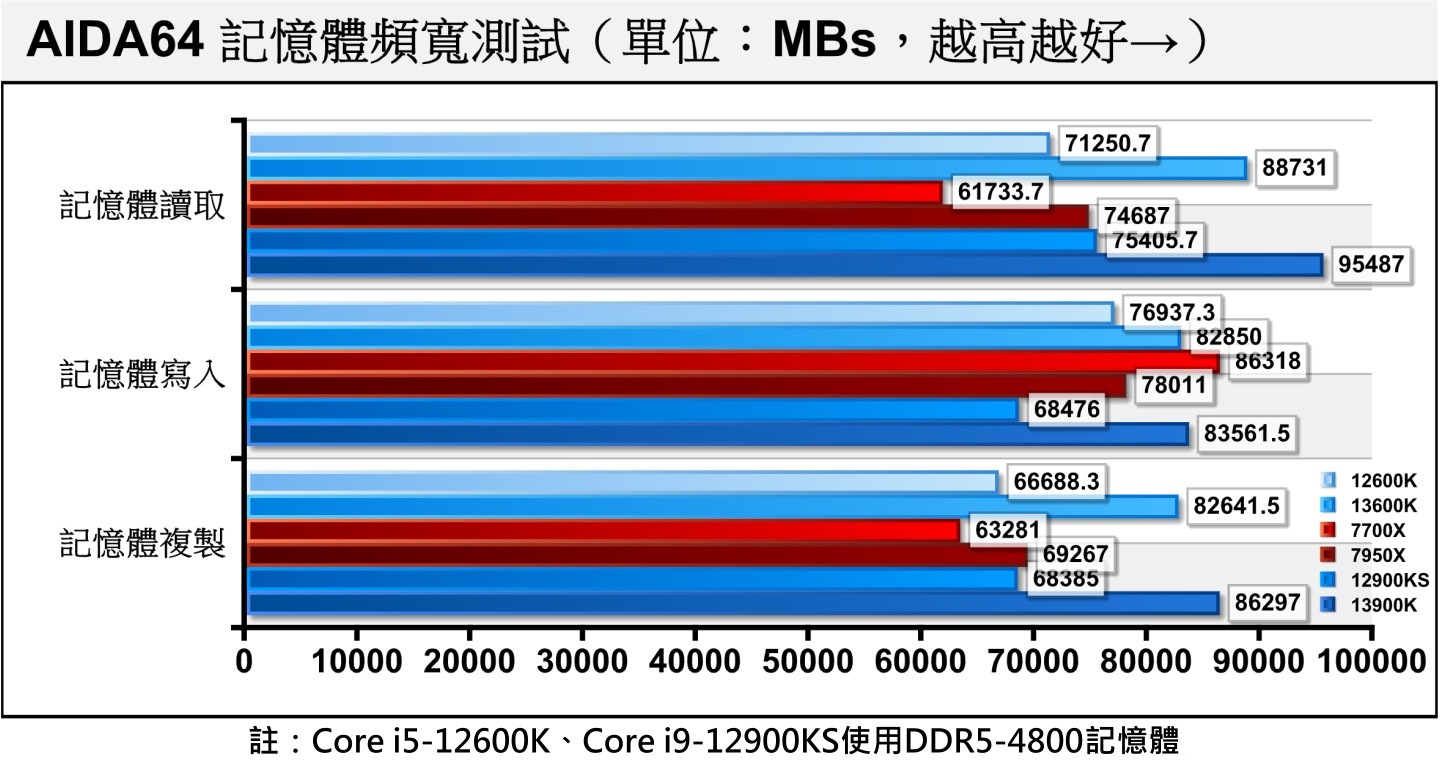 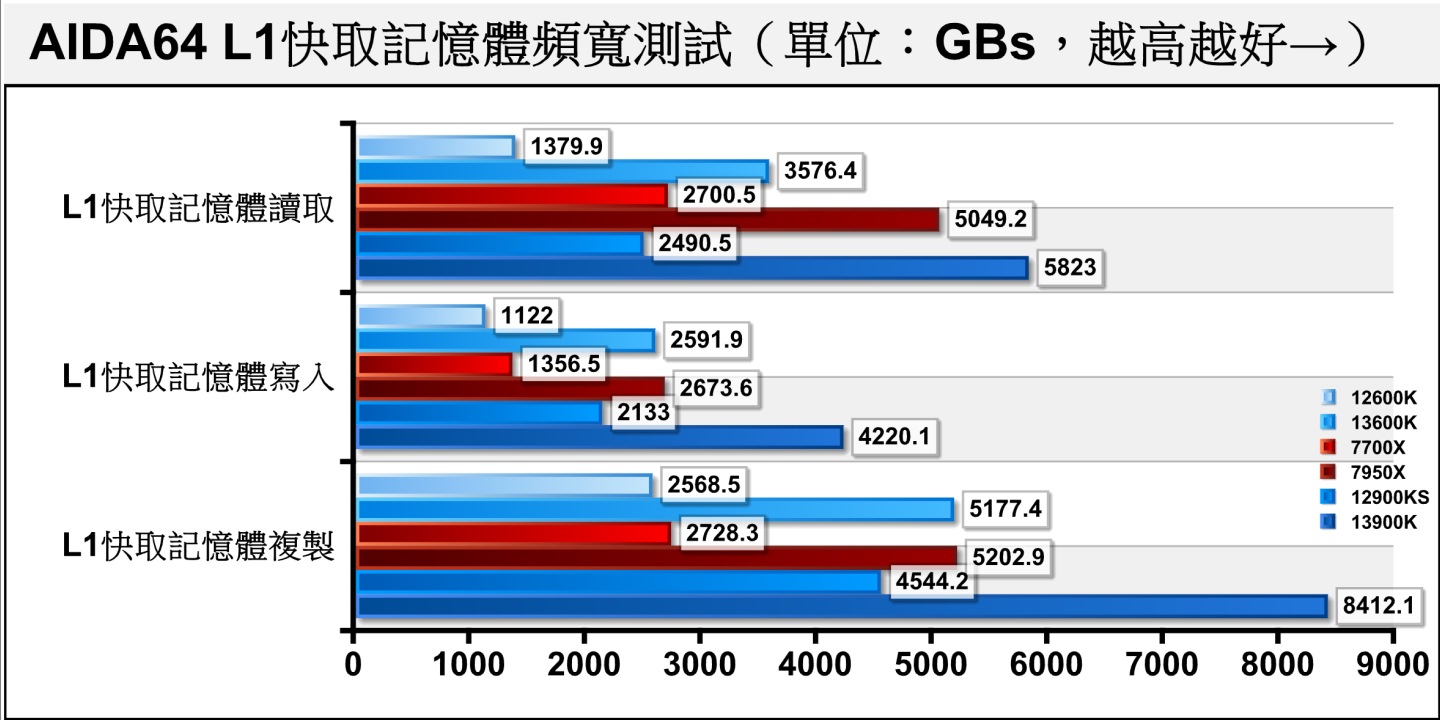 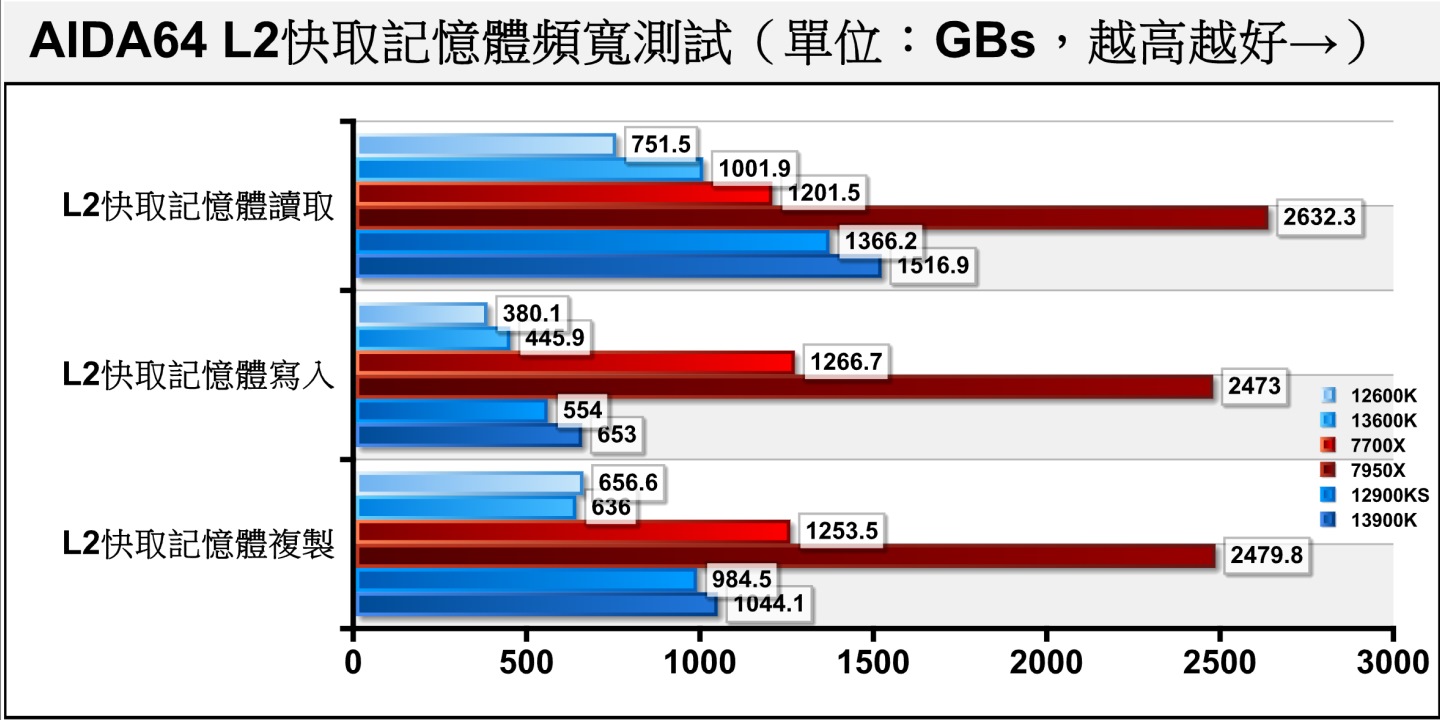 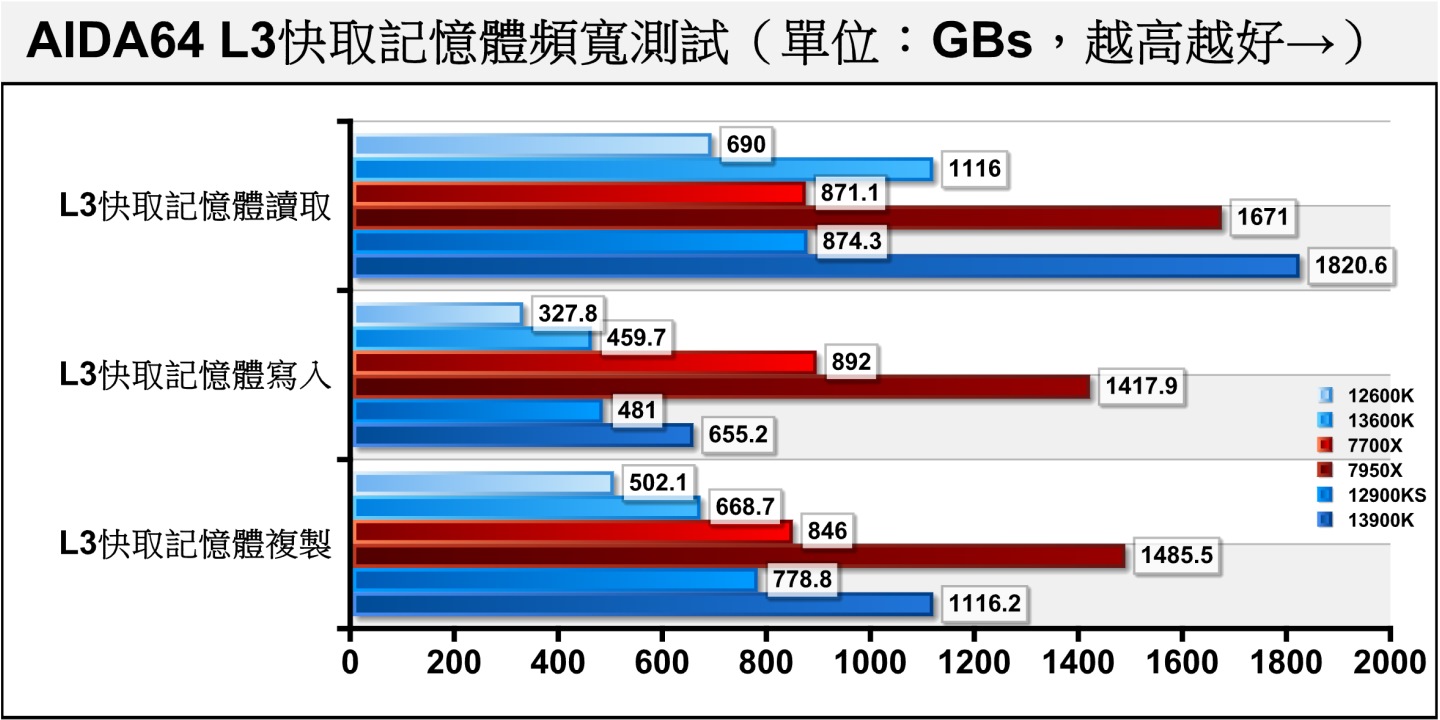 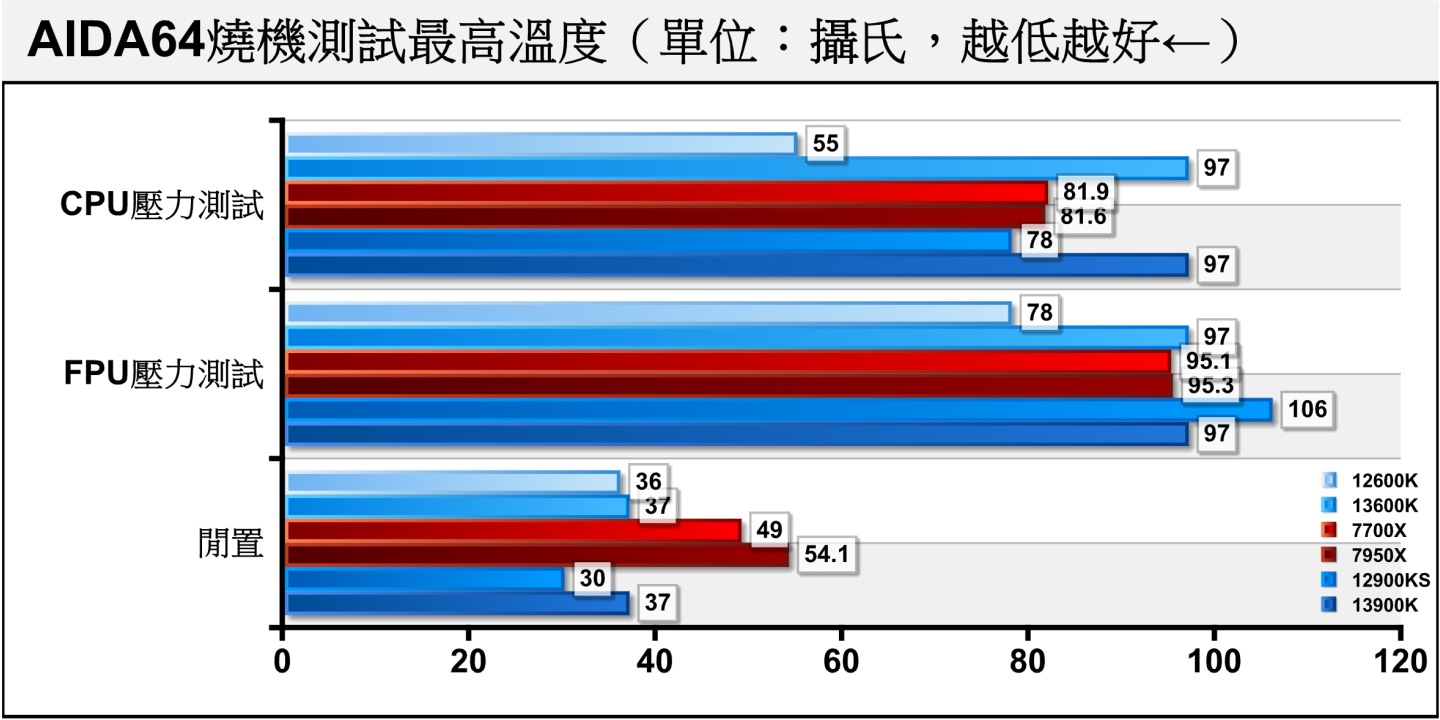 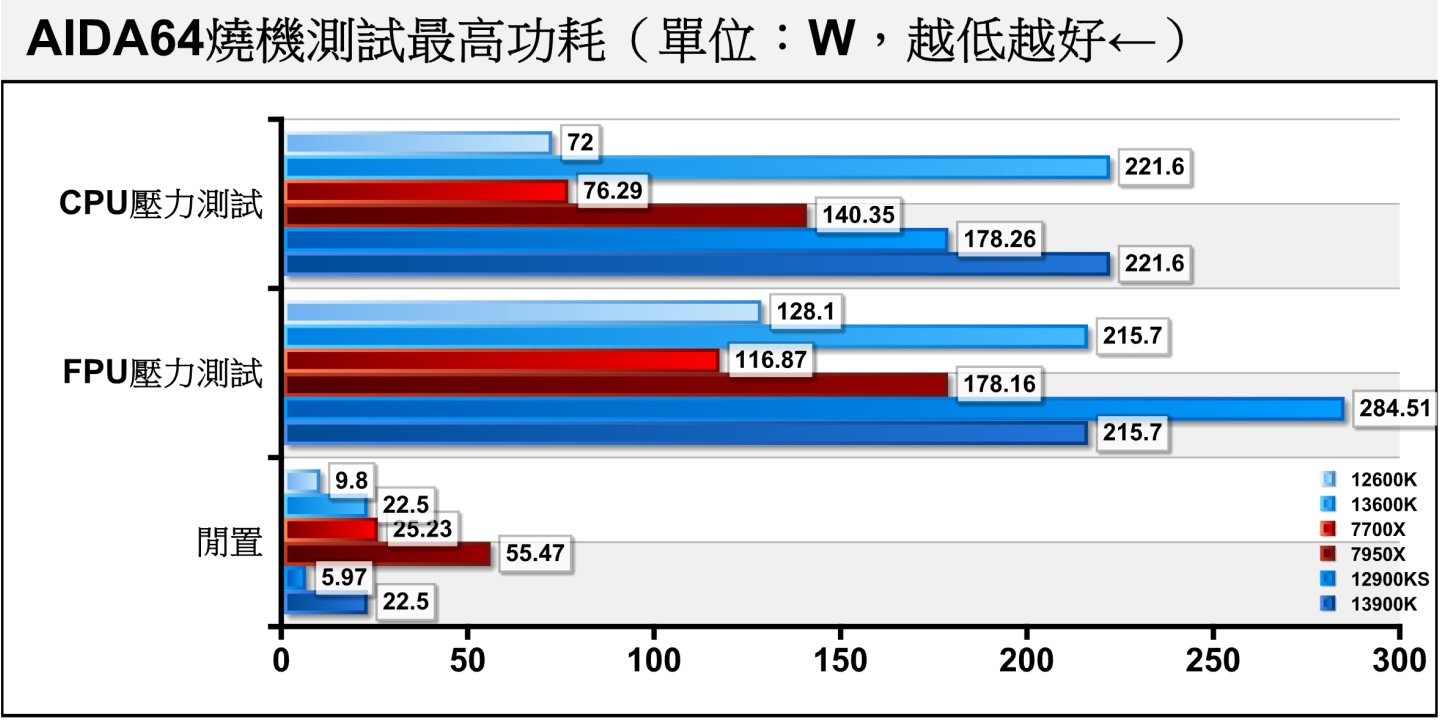 Next, let’s see whether the most powerful processor in the new generation of games is won by Intel’s Core i9-13900K, or whether AMD’s Ryzen 9 7950X can win the trophy. 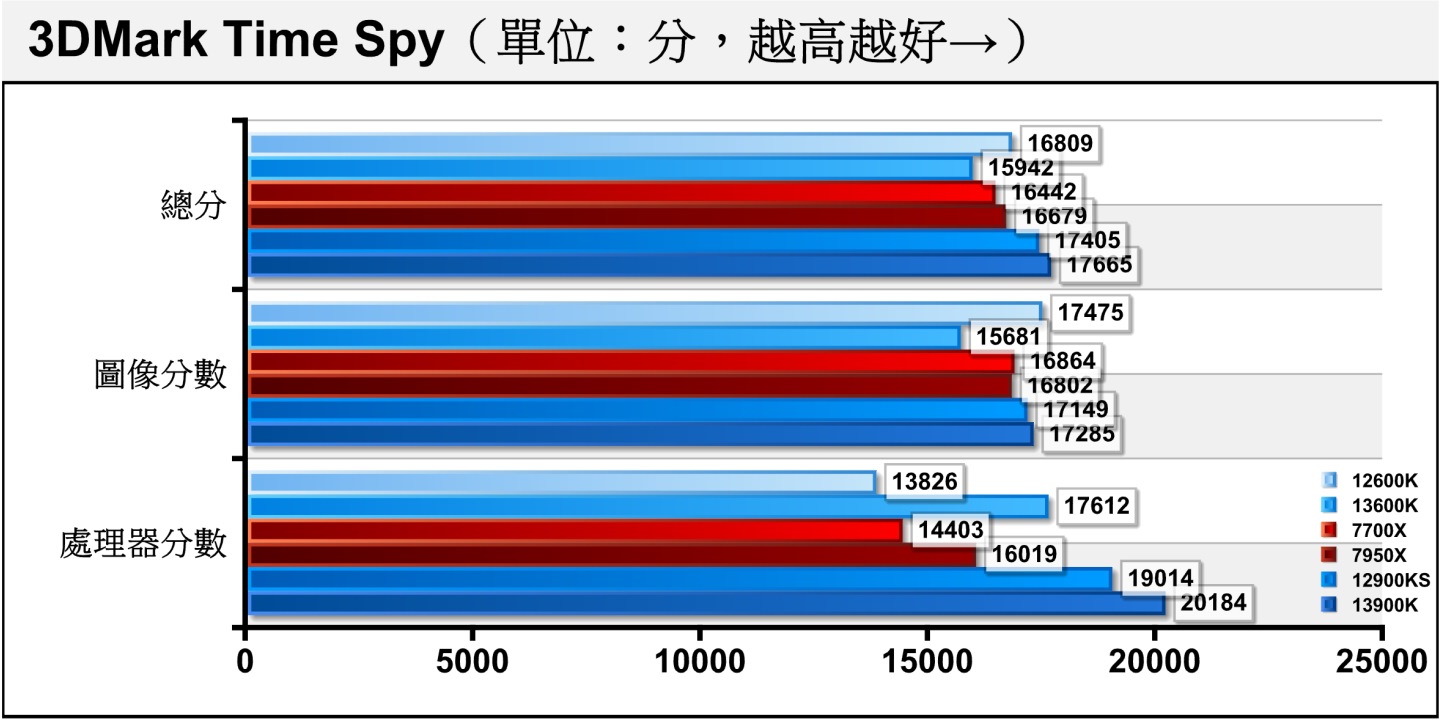 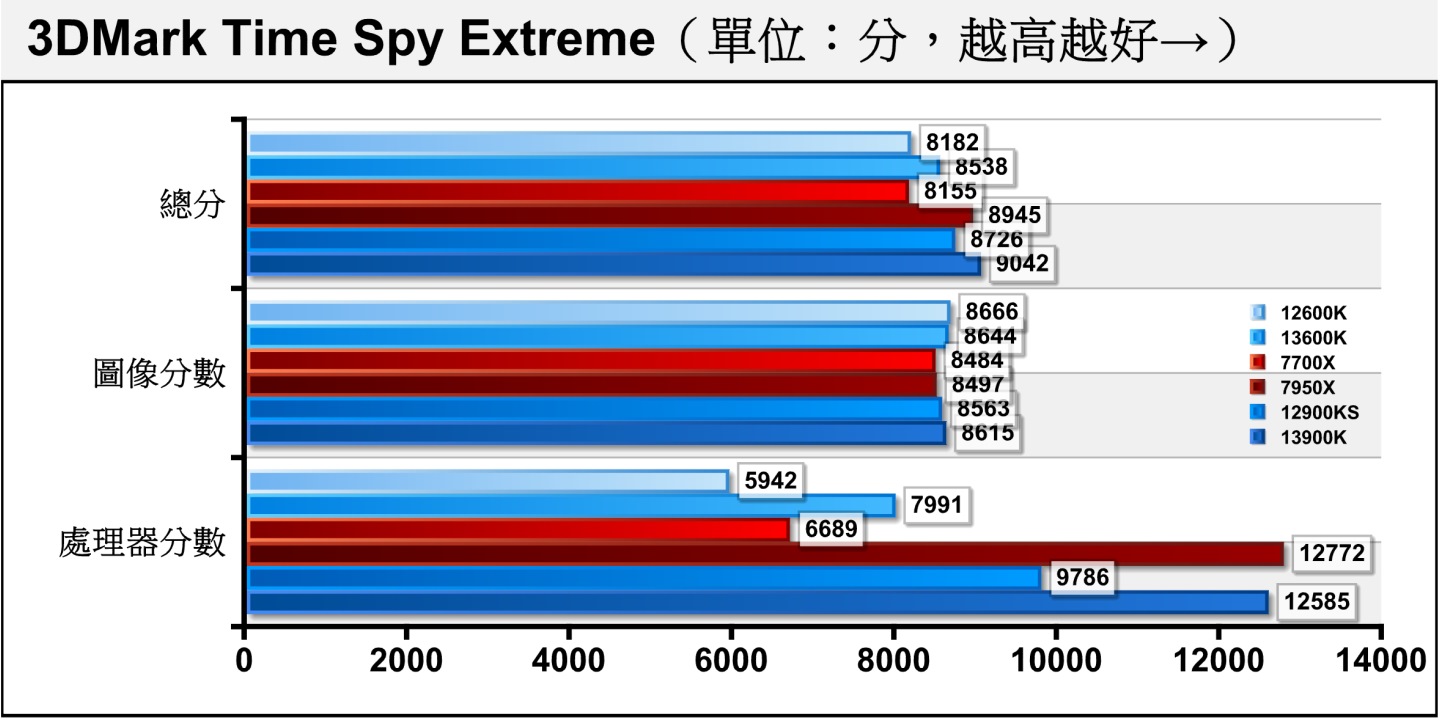 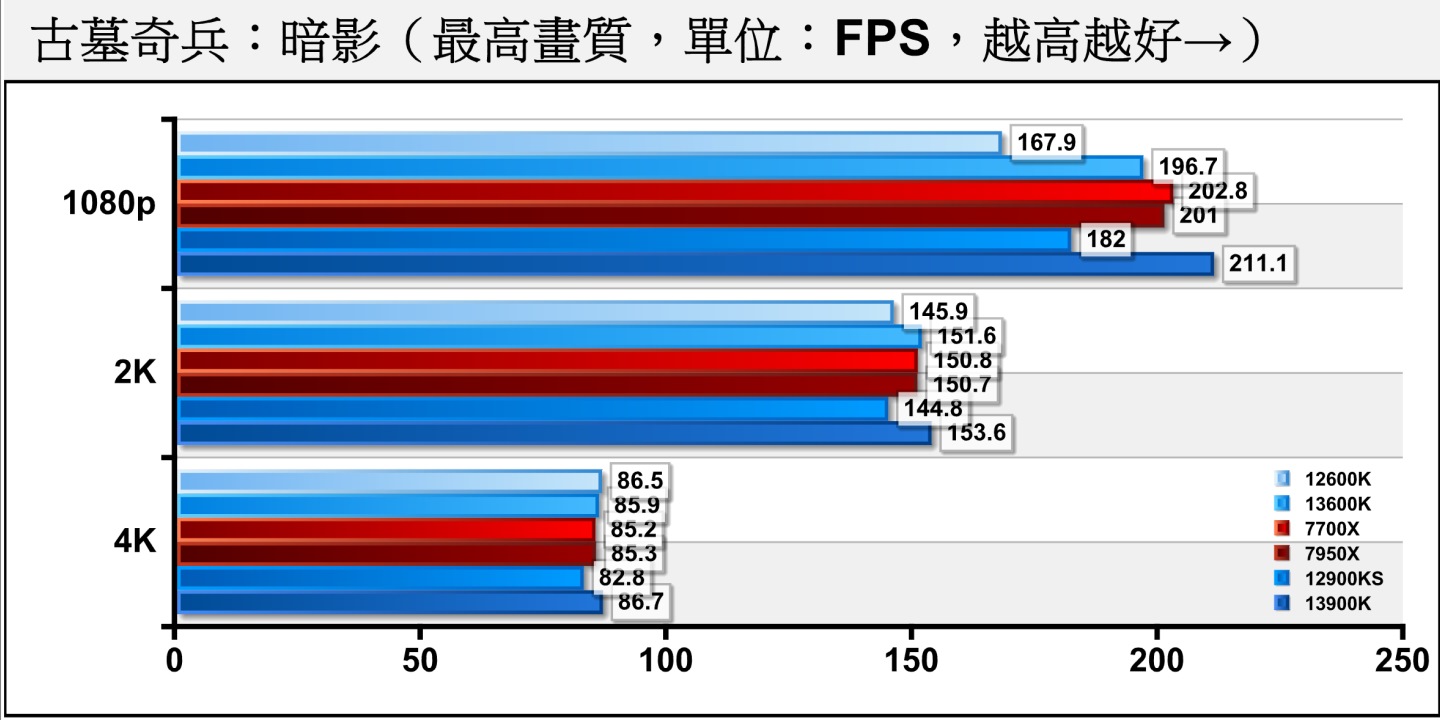 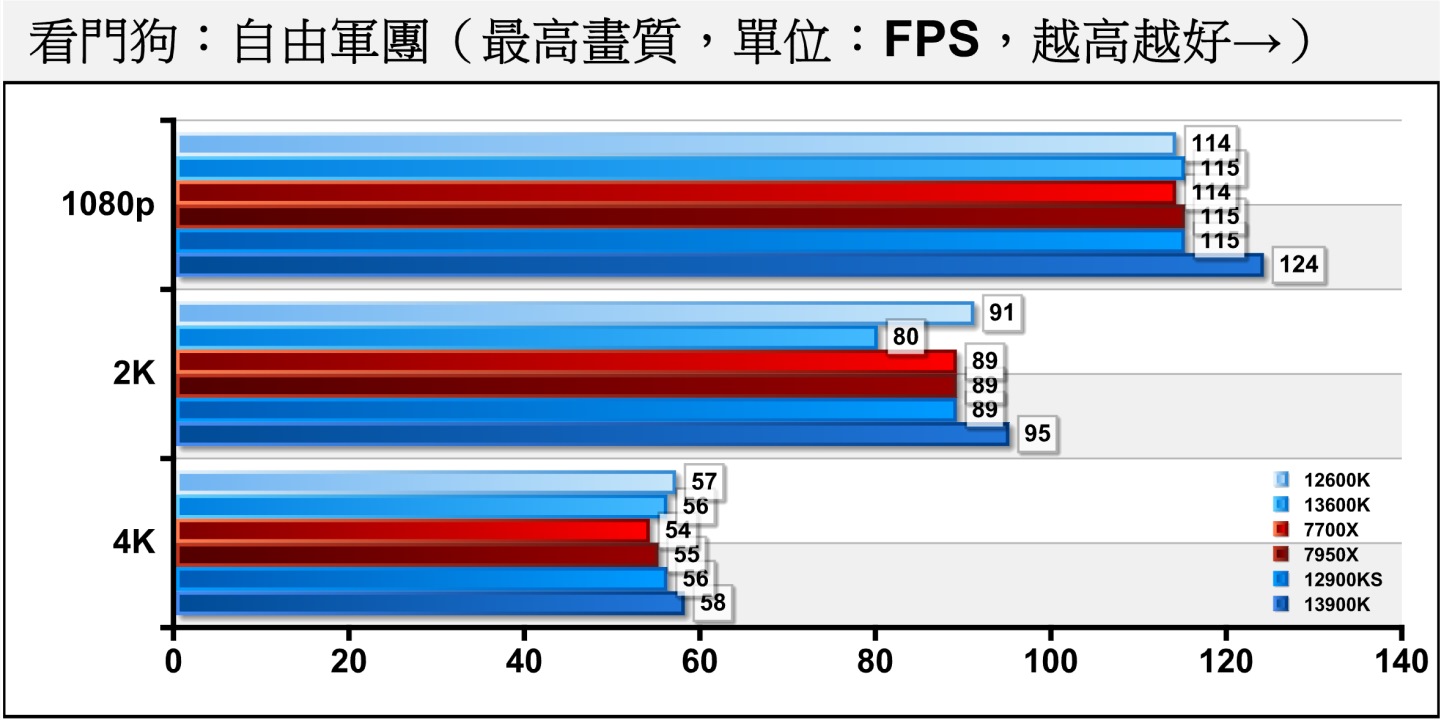 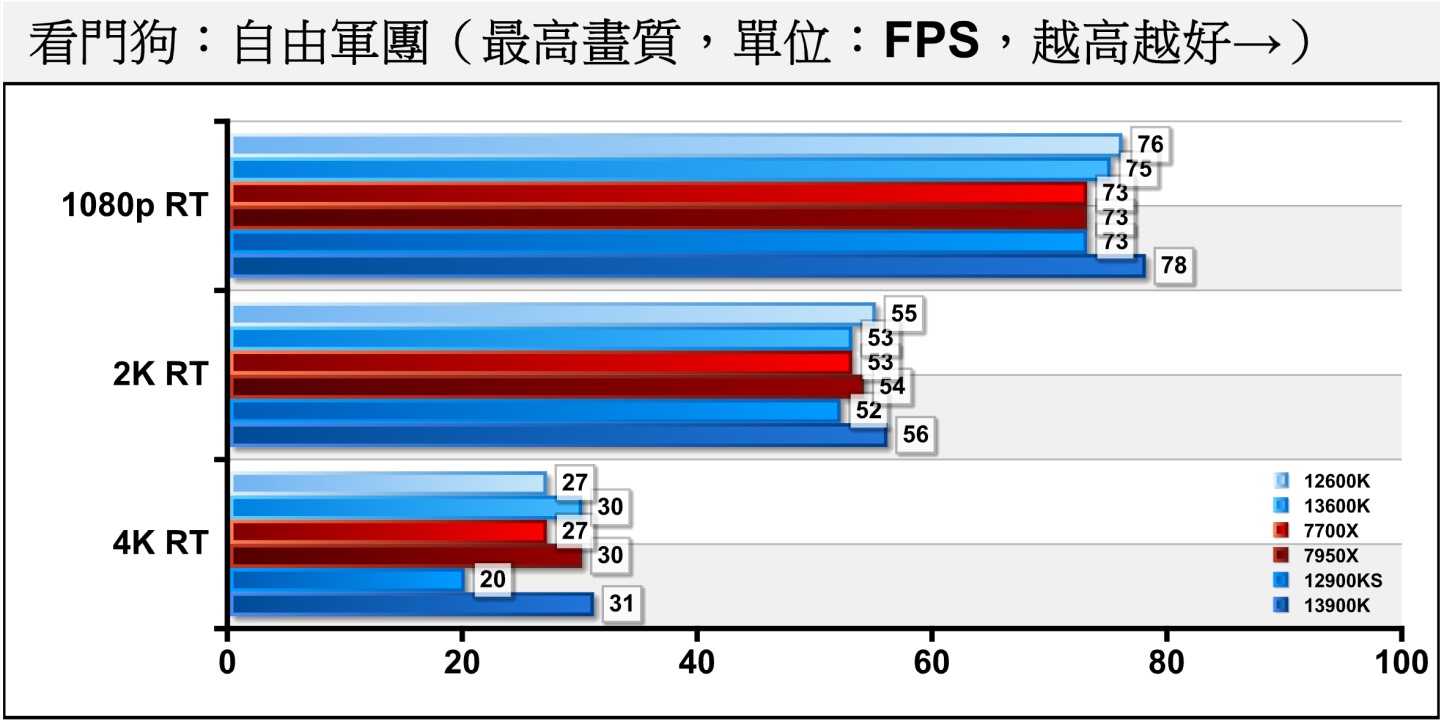 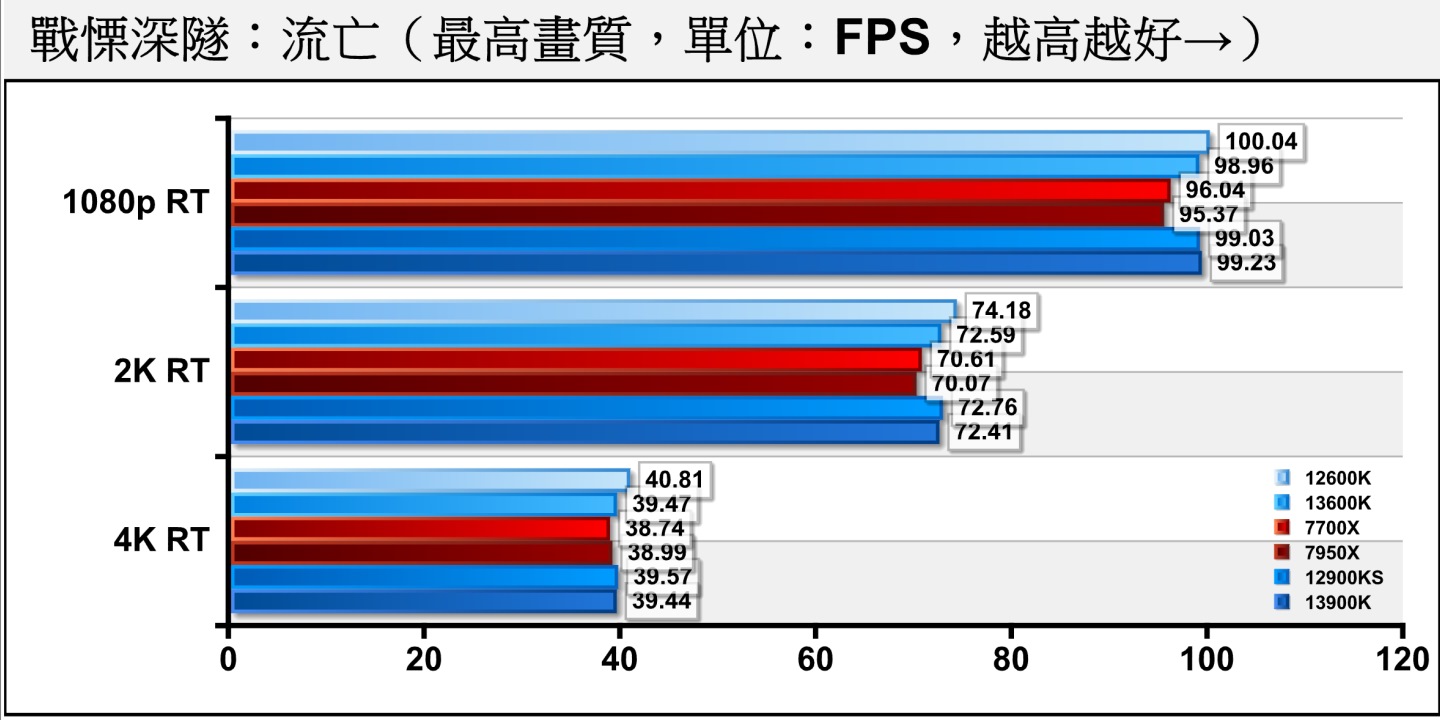 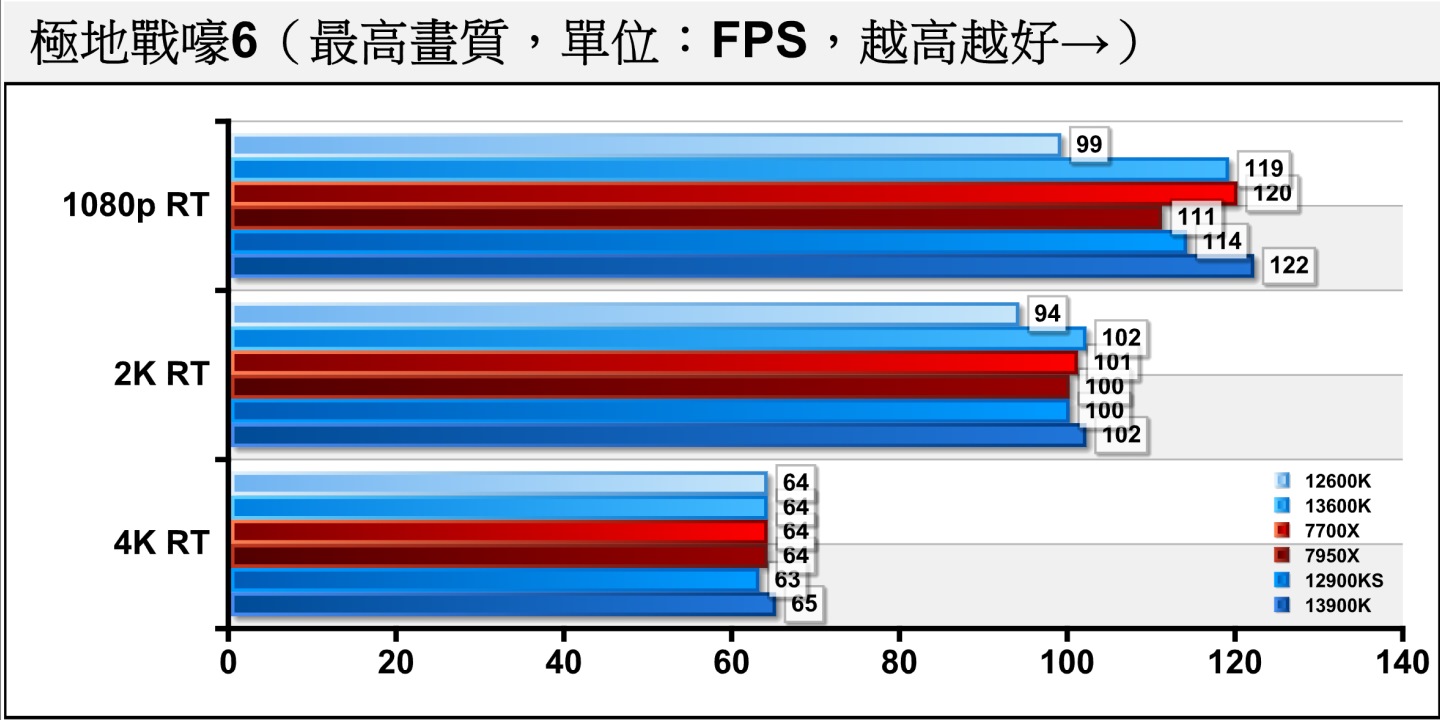 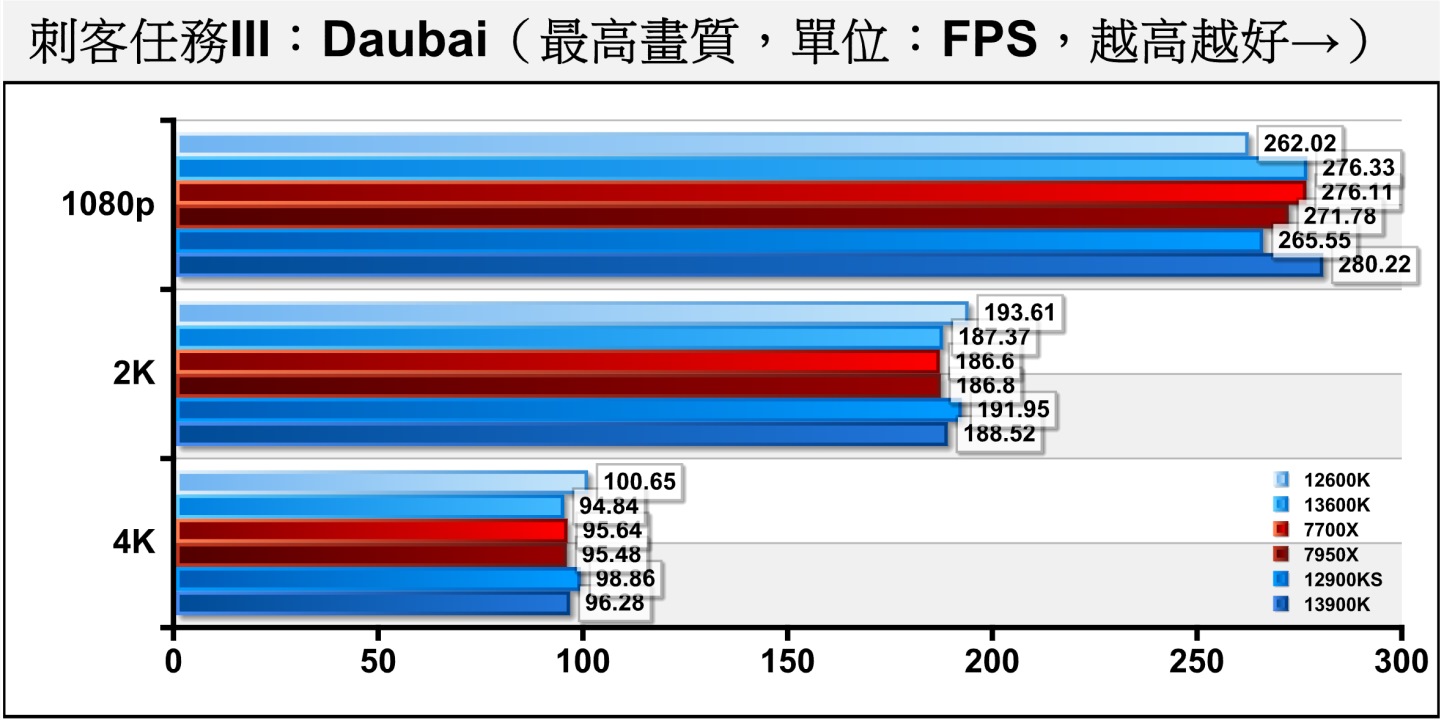 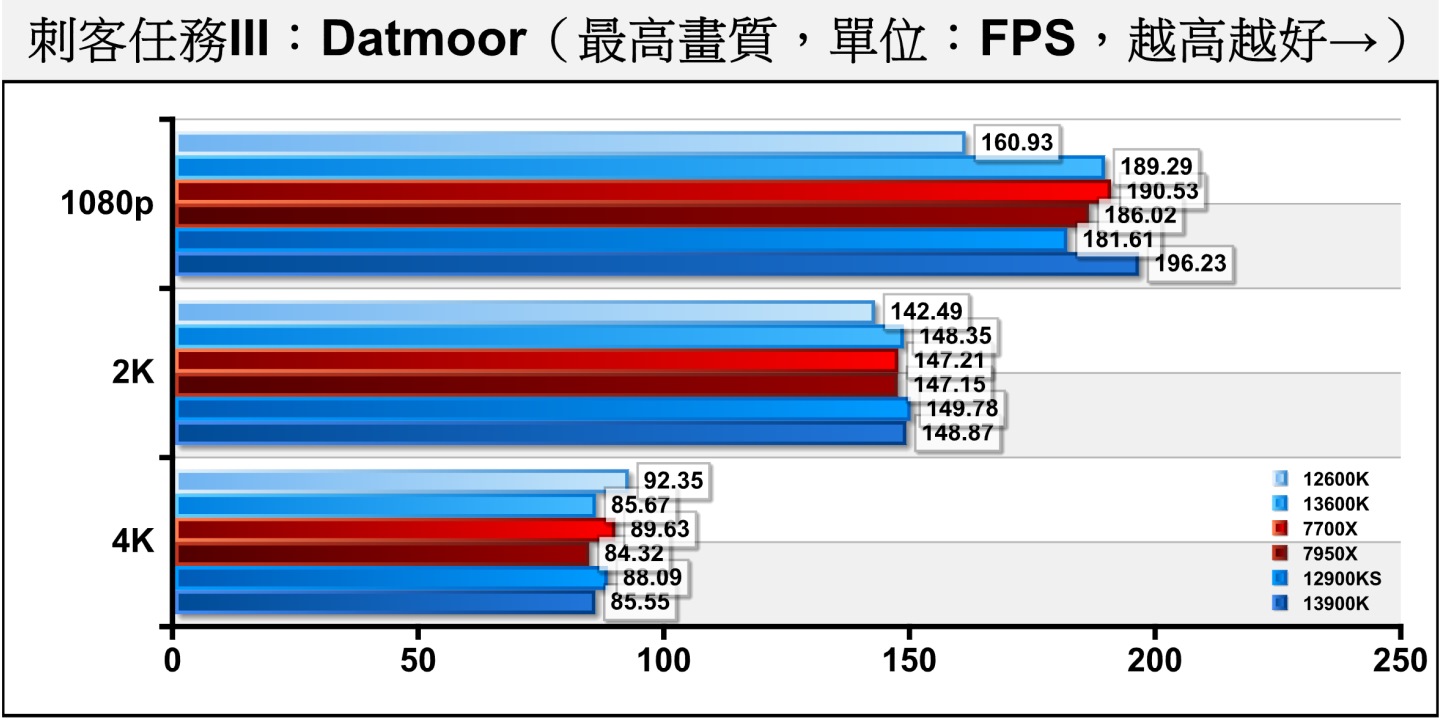 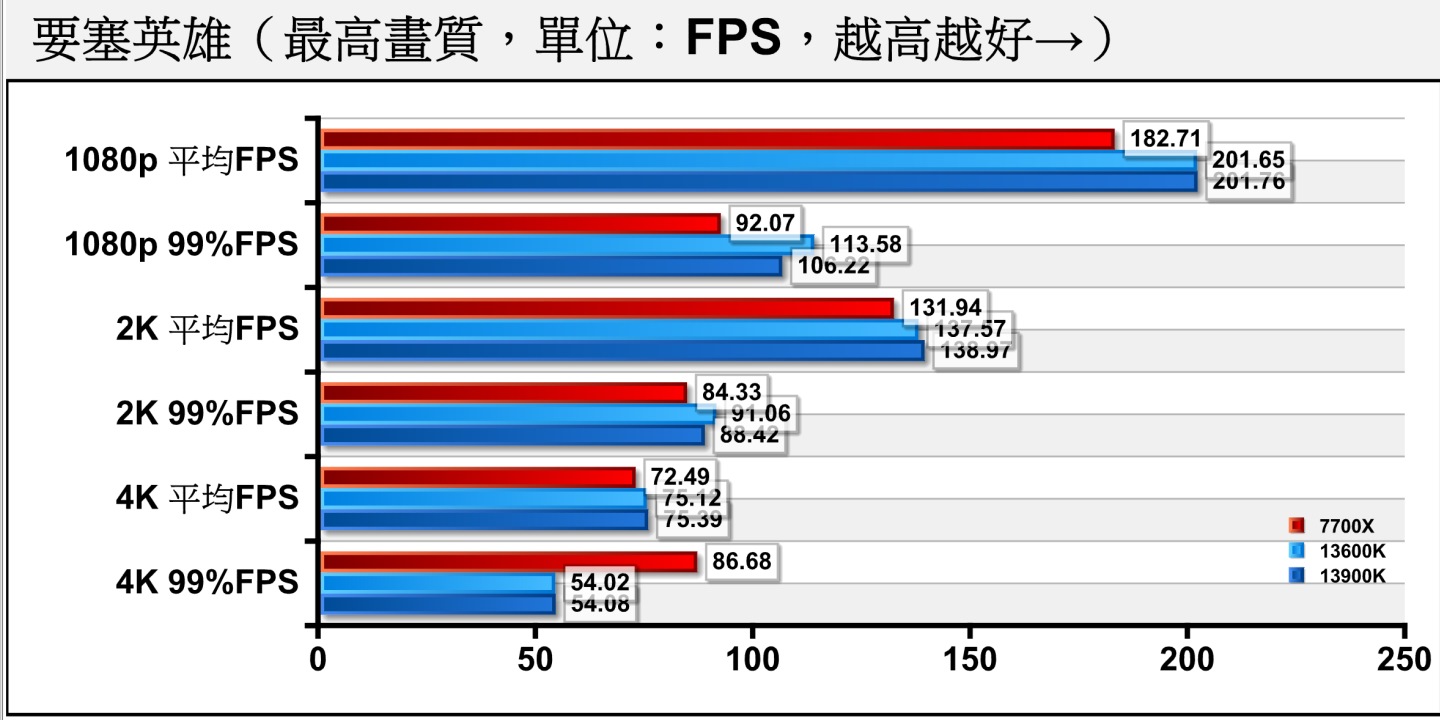 From the results of our testing of these two Raptor Lake processors, we can see that the Core i5-13600K has ideal gaming performance, and the multitasking performance is also significantly better than the previous generation Core i5-12600K due to the addition of 4 sets of E-Cores. The unfortunate part is that the price has been increased, which has caused greater purchasing resistance for mainstream consumers.

On the other hand, the Core i9-13900K increases the maximum Boost clock by 600MHz and adds 8 sets of E-Cores without adjusting the US dollar price. Not only the specifications exceed the previous generation flagship Core i9-13900KS, but the price is also lower by US$150.

More importantly, the Core i9-13900K can outperform the competitor’s Ryzen 9 7950X in almost all processor test items, and the game performance is even more comprehensive, making the latter’s seat of the gaming and multitasking performance thrones still hot. Being driven down also allowed Intel to take the top spot again.

Unfortunately, the price of Raptor Lake processors in Taiwan is quite “unfriendly”, so another point worth paying attention to is that in addition to supporting DDR5 memory, Raptor Lake processors can also support more competitively priced DDR4 memory. Help keep construction costs down. Next, I will also prepare a test topic for Core i5-13600K with 2 different memories, so stay tuned.

Reddit IT employee automates his work and gets paid for nothing

Dengue fever surges, Hanoi is the peak of the epidemic?