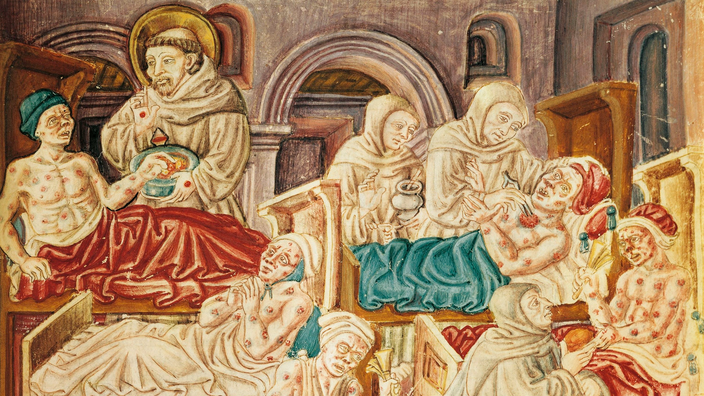 THE CHEKING PROCESS – The infectious disease specialist Benjamin Davido compared the contagiousness of the Delta variant to that of smallpox, responsible for some 300 million deaths in the 20th century. Does the comparison hold?

THE QUESTION. Smallpox – or smallpox – runs through the history books. A dreaded plague, it pockmarked the face with pustules and killed one in five patients. Historians have traced it back to the 4th millennium BC. Smallpox claimed an estimated 300 million lives in the 20th century, more than all armed conflicts. This disease was declared officially eradicated by the World Health Organization (WHO) in 1980 thanks to a vaccination effort at the end of the Second World War.

Read also :Covid-19: diving into the world of vaccination fraud

According to infectious disease specialist Benjamin Davido, the Delta variant of Covid-19, which worries health authorities and poses the threat of a fourth wave, would be as contagious as smallpox. “We have this famous R0, the ability of a patient to infect other individuals, which is between 6 and 7, the number we know for smallpox», He said on July 8 on FranceInfo. What is it? Can we really compare two diseases 50 years apart?

CHECKS. Admittedly, the R0 of the Delta variant is today comparable to that of smallpox when the disease was still circulating in the 1970s.R0Is the baseline reproduction rate of an infection. It designates the number of cases directly generated by an initial case, i.e. the