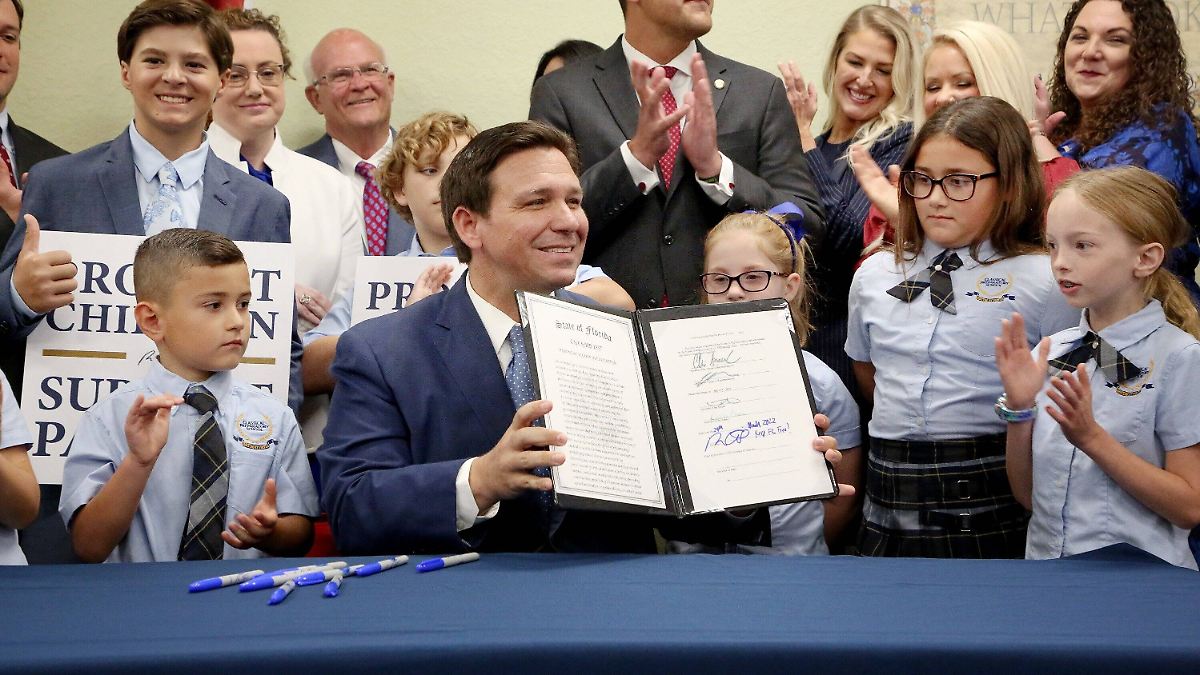 Florida Republicans are banning teachers from another issue. Sexual orientation and gender identity are now taboo after the state Senate passed legislation against addressing racism in February. Governor DeSantis is very pleased.

Florida’s conservative Gov. Ron DeSantis has passed a controversial law banning teaching about sexual orientation and gender identity in elementary schools. “We will ensure that parents can send their children to school for education, not indoctrination,” the Republican said before signing the law.

The opposition Democrats and representatives of the LGBTQ community have sharply criticized the law and given it the name “Don’t Say Gay”. After the previous Senate decision, the Democratic Minister of Education, Miguel Cardona, criticized that the law was based “on hate and discrimination”.

The law, passed by the conservative-governed state’s legislature three weeks ago, affects children from kindergarten through third grade. It prohibits teaching about sexual orientation and gender identity “in a manner that is not age or developmentally appropriate for students”. According to critics, this wording makes it possible to apply the law to older children.

“He made schools less safe for children”

Republicans counter that the bill only prohibits the inclusion of sexual orientation and gender identity in the official curriculum. Teachers could continue to speak spontaneously about the topic when children asked about it.

The organization Equality Florida, which campaigns for LGBTQ rights, criticized DeSantis for signing the law. The governor’s doing so has “damaged our state’s reputation as a welcoming and inclusive place for all families, making us a laughingstock and a target for nationwide mockery,” the organization said. “What’s worse, he’s made schools less safe for children.”

Florida Republicans have been fighting for months to give parents a greater say in what their children learn in school. In addition to sexual orientation, it is also about dealing with racism. In February, the Florida lower house of legislature passed a bill banning the teaching of racism issues from official school curriculum.