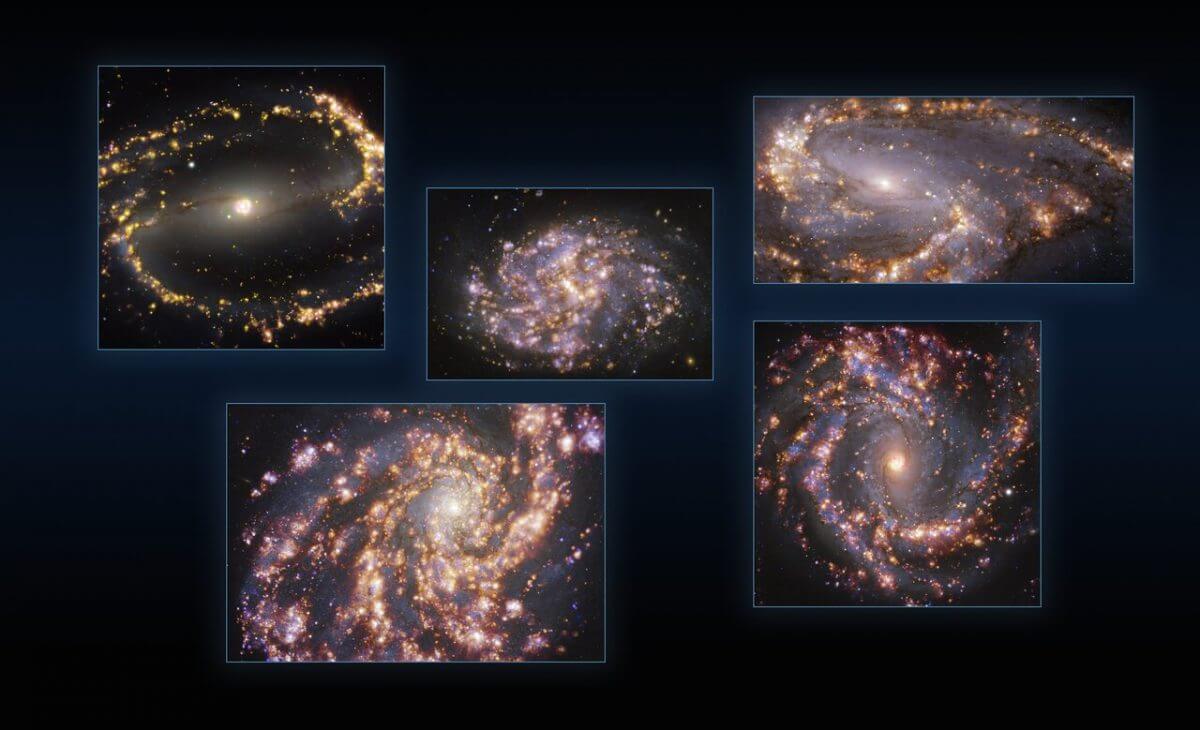 [▲ Image created based on the data of the Very Large Telescope (VLT) ultra-wide field spectroscope (MUSE) of the European Southern Observatory (Credit: ESO)]

On July 16th, the research team of the PHANGS (Physics at High Angular Resolution in Nearby GalaxieS) project at the European Southern Observatory (ESO) conducted the ALMA telescope and the Hubble Space Telescope based on the data of the European Southern Observatory’s super-large telescope (VLT). Combining telescope and other data, the star-forming regions of many galaxies in the vicinity of our Milky Way galaxy are clearer than ever, so to speak.“Atlas of stellar nurseries”Announced that it was created and published.

There are still many things that are not well understood about star formation. For example, what triggers star formation, whether a star is formed in a particular region of the galaxy, and if so, why, a newly formed star will undergo subsequent star formation during its evolution. There is no mystery as to what kind of effect it will have.

In order to unravel the mystery related to the formation of such stars, it is necessary to observe the site where the stars are formed in detail.

First, the research teamUltra-wide field spectroscope (MUSE) of the ultra-large telescope that the European Southern Observatory is proud ofI used to observe many galaxies in the vicinity of the Milky Way galaxy.In this observationNewly formed stars and interstellar gas heated by those starsWas observed. It’s the site where the stars are formed.

And, in addition, the research team has added to these dataHubble Space TelescopeTaking into account the observation data ofObservation results in various wavelength ranges such as visible light, near infrared rays, and radio wavesCombined.In this way, the research team has formed many star-forming regions in the vicinity of the Milky Way galaxy, so to speak.Star neonatal roomWe have succeeded in creating an unprecedentedly clear atlas.

Eric Emsellem, who led the observations with the Extremely Large Telescope, said, “We can directly observe the interstellar gas that produces stars, see the young stars themselves, and witness the evolution of those young stars. “.

The research team believes that the results of this research will be the cornerstone for future observations related to star formation. 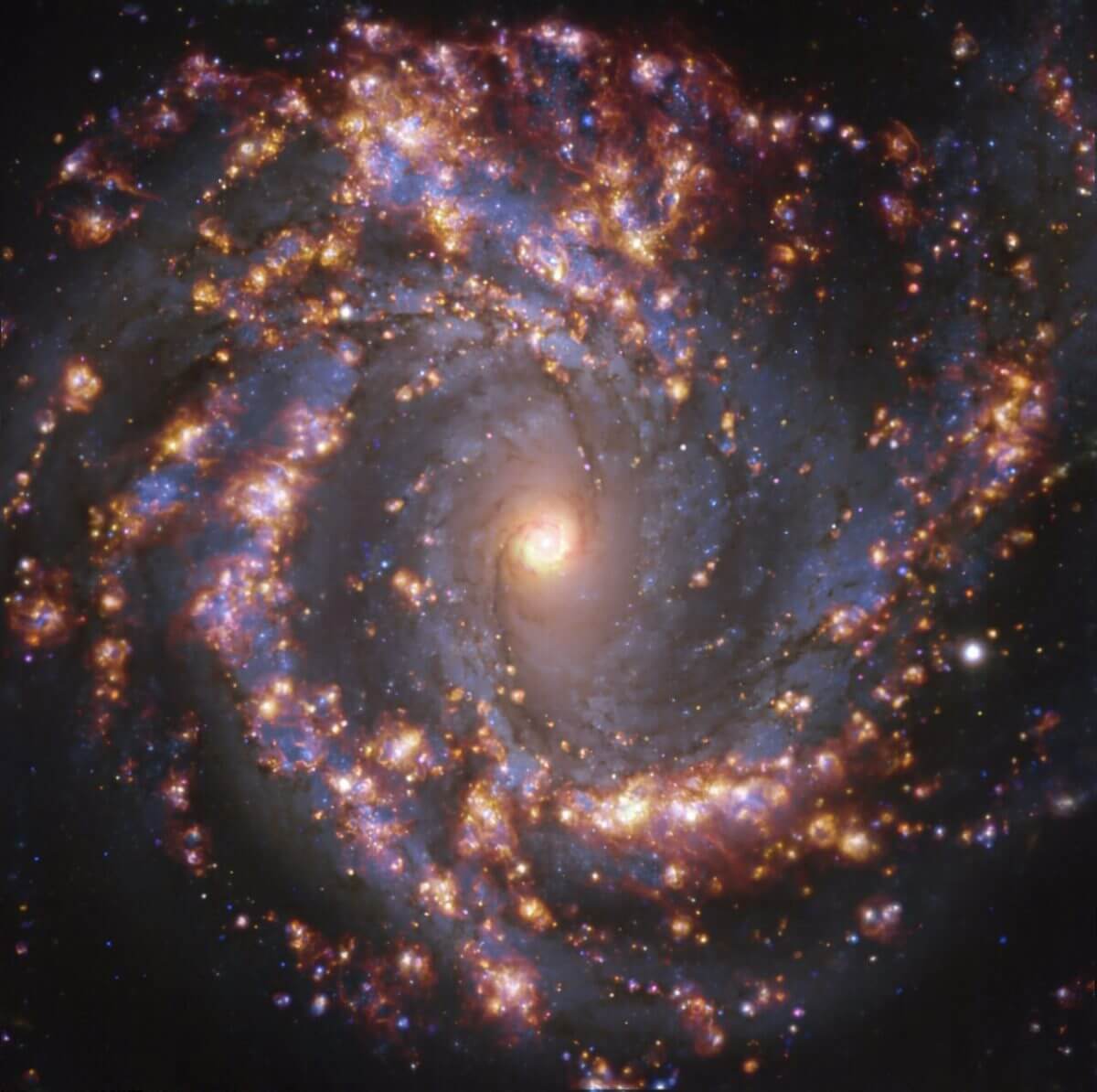 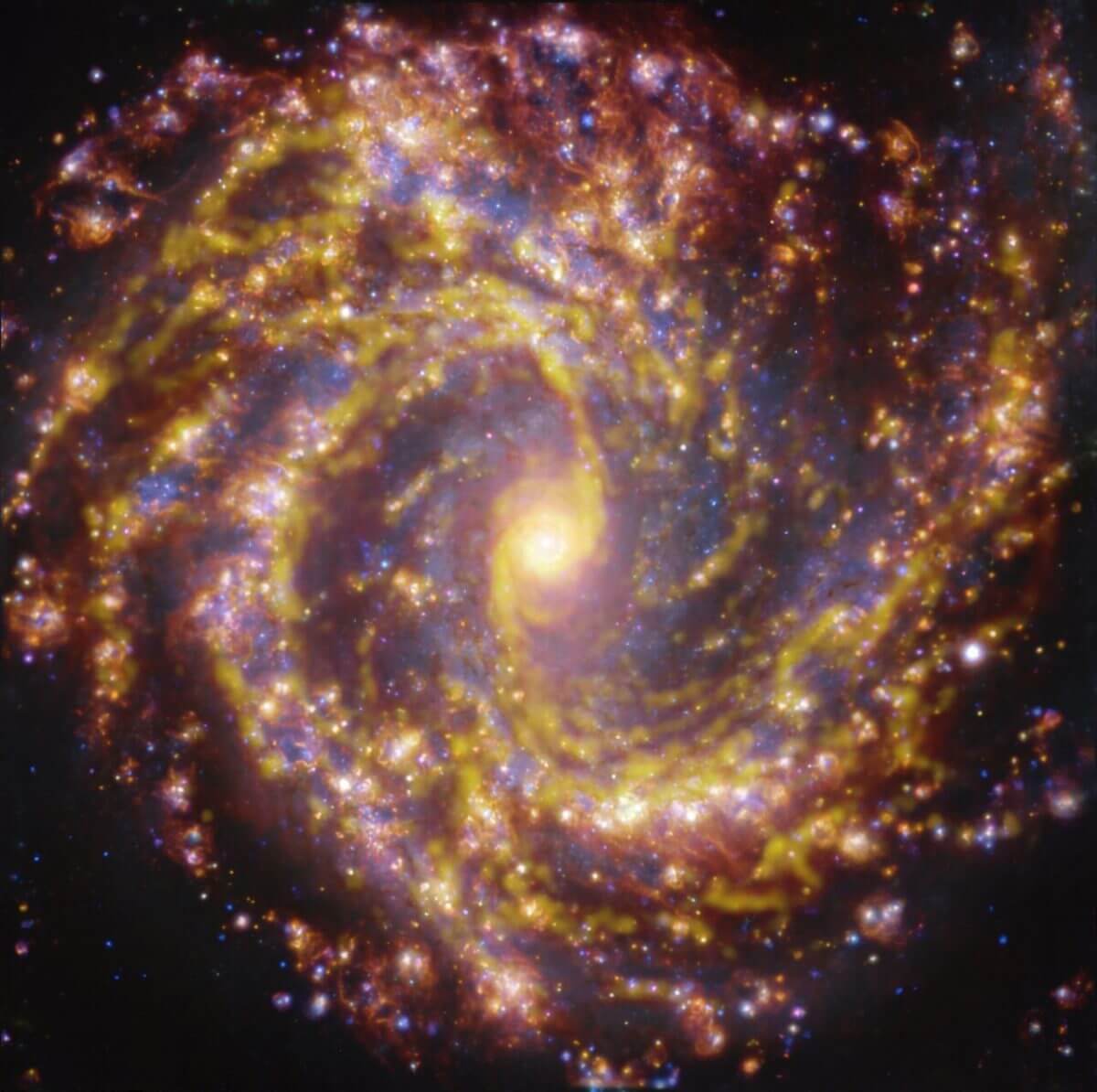 [▲ Image created by adding ALMA data to the above image (Credit: ESO)]