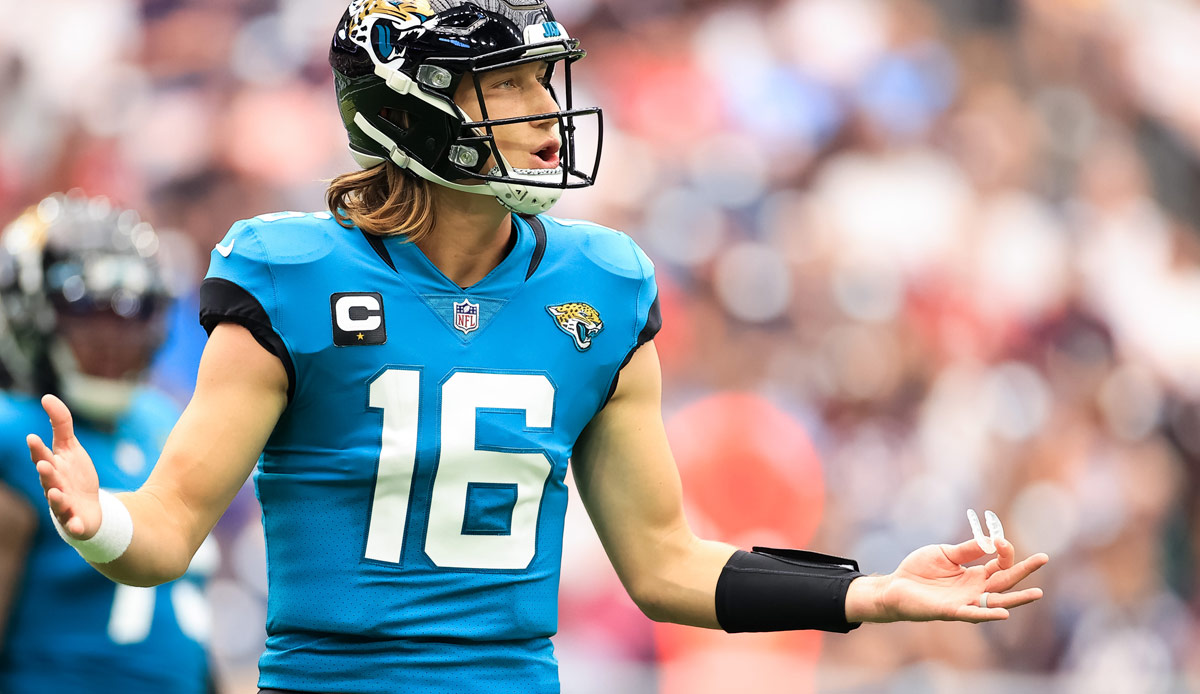 After the embarrassing season opener for the Jacksonville Jaguars, Urban Meyer and Co. are criticized early on. And despite the early timing, this doesn’t even seem to be exaggerated.

The start was brutal.

The Jacksonville Jaguars certainly didn’t go into the first game of the season in Houston as underdogs. Ultimately, however, they were “kicked in the ass” by the Houston Texans, as head coach Urban Meyer (57) clearly put it at his press conference after the game. 21:37 it was in the end against the supposedly worst squad in the NFL.

While the first touchdown of the Jaguars in the second quarter by Chris Manhertz at 7:14 gave hope again, the other two came at a time when the game had long been decided. It was cosmetic results, garbage time points that at most made fantasy managers happy. The bottom line was that the new version of the Jaguars under Meyer and with number 1 pick Trevor Lawrence (28/51, 332 YDS, 3 TD, 3 INT) was completely overwhelmed at the first appearance.

In addition, the troop seemed unprepared and undisciplined. In total, the Jaguars received ten penalties for 82 yards on Sunday, mostly in the offense for holding, illegal formations or – and this is remarkable – because they came out of the huddle with twelve players. It sometimes looked as if these players had met for the first time that Sunday.

Meyer called this situation a “lack of discipline, lack of focus” and stated that he would “evaluate everything”.

However, this should not necessarily worsen the general mood among his players and especially his coaching staff. Because as was heard, the same has been in a precarious condition for weeks anyway. Jason LaCanfora from CBS Sports reported about major disagreements in Duval before the start of the season.

It’s not just about players being annoyed because Meyer brought his excessive micromanagement into the NFL and thinks it is necessary to make players aware during training to have a drink, please. In addition, he should let out existing frustration about the overall situation on his employees in the coaching team and that over the summer up to the training camp and the preseason.

“Everyone has to look over his shoulder now,” a source is quoted as saying. “He freaks out too easily and doesn’t know how to deal with losing, even in the preseason. He freaks out and wants to take over training sessions himself. It’s not good.”

The main problem for the coach is that he could not spend a lot of time with his players as he did in college, partly because of Covid protocols, but partly because of the guidelines and limitations of offseason training in the NFL. The squad size of only 53 players, which is rather small compared to college, is just as unimportant to him as the fact that Meyer, unlike on his successful college positions in Florida and Ohio State in Jacksonville, no longer has the best player material available Winning is also noticeably more difficult.

If you look again at what the Jaguars have shown on the field so far – the preseason should simply be ignored, especially since the playbook there is not opened too far anyway in order not to reveal anything with a view to the regular season – it is very much there Reason to worry.

A look at the routes run by the two top receivers of the Jags, DJ Chark and Marvin Jones, reveals that the plays by Passing Game Coordinator Brian Schottenheimer were one thing above all: unimaginative!

Chark (3 REC, 86 YDS, TD) ran a couple of out routes, two more or less precise slants, a couple of crossers, a flat and a curl route, and a go route that led to a long touchdown. Jones (5 REC, 77 YDS, TD) ran mostly slants and a few crossers as well as a curl and a comeback route. The only variation on both was that they were posted both in the slot and outside.

Otherwise everything seemed very static, there was hardly any pre-snap motion. Anyone who thought the Jaguars would try to make the NFL entry as easy as possible for their new franchise face, Lawrence, has so far been disappointed. All of the advanced elements he knows from Clemson don’t seem to be here.

What might that be? Difficult to say, however, Schottenheimer and his manager, Offensive Coordinator Darrell Bevell, are not necessarily known for their innovative ideas and play designs. In addition, it can be heard that there should also be certain differences of opinion in the coaching staff between the coaches with NFL experience and those with a pronounced college background.

However, it is not a good look per se when Meyer blames his staff for any problems so early in the collaboration, after all, he had full control over the selection of these employees.

Is there a cause for concern in Jacksonville?

In the end, only one game has passed and the mood is not the best, but is there still cause for concern? From a purely sporting point of view, certainly, because the upcoming opponents are not getting any easier. In week 2, the Denver Broncos wait with their strong defense, followed by Kyler Murray and the Cardinals, who have just broken up Tennessee. A 0-3 start seems realistic.

And if the victories fail to materialize, a team in upheaval is closely examined to see how the team behaves, how the coaches present themselves and whether a certain amount of progress can be seen on the pitch.

At the moment it is in any case too early to judge this, after all, everyone starts at zero in week 1 and surprises are absolutely possible, as we saw last. Even more so when a completely new trainer-quarterback construct is launched. But Meyer and the Jaguars move on thin ice very early on, should what they have seen repeat itself and not noticeably improve in the near future. In the external perception, but possibly also in terms of the internal mood.

Meyer was brought in to lead the Jaguars into a more prosperous future. And Meyer was an ambitious, but also risky choice for team owner Shahid Khan from the start. For one, transitioning from college to NFL coaching isn’t always easy. Just think of the Miami Dolphins’ two ultimately wasted years under perhaps the greatest college coach ever, Nick Saban. In the NFL he got along just as little as Chip Kelly in his rather turbulent years in Philadelphia and San Francisco.

So why should things go better at Meyer, especially since well-deserved coordinators continue to wait for head coach positions and join more every year? In the case of Meyer, of course, there is also the fact that he left his last stations in college quite abruptly and not necessarily in peace. He left both Florida and Ohio State several times for medical reasons, only to either take over again a short time later or show up on TV as an expert. That’s not to say that the medical reasons weren’t legitimate, but his follow-up gigs always seemed a bit odd in terms of timing.

Meyer himself would certainly like to leave these and other stories in the past. When the prestigious USC coaching position recently became vacant, the flippant sayings about Meyer and an early return to college football were not long in coming. Absurd, after a single game of the season as Jaguars coach – and yet it was considered necessary in Jacksonville to keep up to respond to an official statement.

He also emphasized that the stories about how he dealt with defeat were completely exaggerated. “I would prefer people not to worry about me,” Meyer said on Sunday: “I’m an old guy who has been in the business for a long time. I have a lot of players in the dressing room who deserve it to win who have worked very hard. “

Meyer also emphasized: “It’s not that we have to make a secret pass or protection call” and came to the conclusion: “It’s just work. That’s the great thing about football. Go out and work. And exactly we will do that.”

A strategy that should certainly work in college if you’re riddled with 4- and 5-star recruits. But does this alone also help with an NFL squad that is one of the worst in the entire league? And without innovative coaching on top of that?

The Urban Meyer era in Jacksonville, which has just begun, stands or falls.