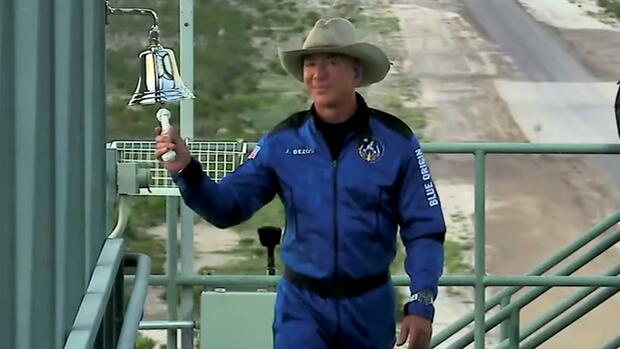 Washington After his space company Blue Origin could not prevail in the tendering process of the US space agency Nasa for the first commercial lunar landing device, Amazon founder Jeff Bezos tried again with a money offer.

Blue Origin would, among other things, assume costs of up to two billion dollars for the development and manufacture of the lunar landing device in this and the next two years if the company were allowed to compete against Elon Musk’s competitor SpaceX, Bezos wrote in an open letter on Monday Nasa boss Bill Nelson. At first, NASA did not respond to this, at least in public.

The agency decided against Blue Origin when the tender was issued in April and instead commissioned SpaceX to develop the first commercial landing device that is supposed to take astronauts to the moon. The contract, valued at nearly three billion dollars, is part of what is known as the Artemis program. Since the decision, the company Blue Origin, whose spaceship “New Shepard” founder Bezos took on a short trip into space last week, has protested against it several times.

In the mission planned for 2024 at the earliest, four astronauts are to be brought into lunar orbit with the spacecraft “Orion”, where two of them will transfer to the SpaceX landing vehicle for the final approach to the moon. The aim is therefore to develop a completely reusable take-off and landing system that can be used for flights to destinations such as the moon and Mars.

More: Jeff Bezos: “We are building a road into space so that future generations can build the future”