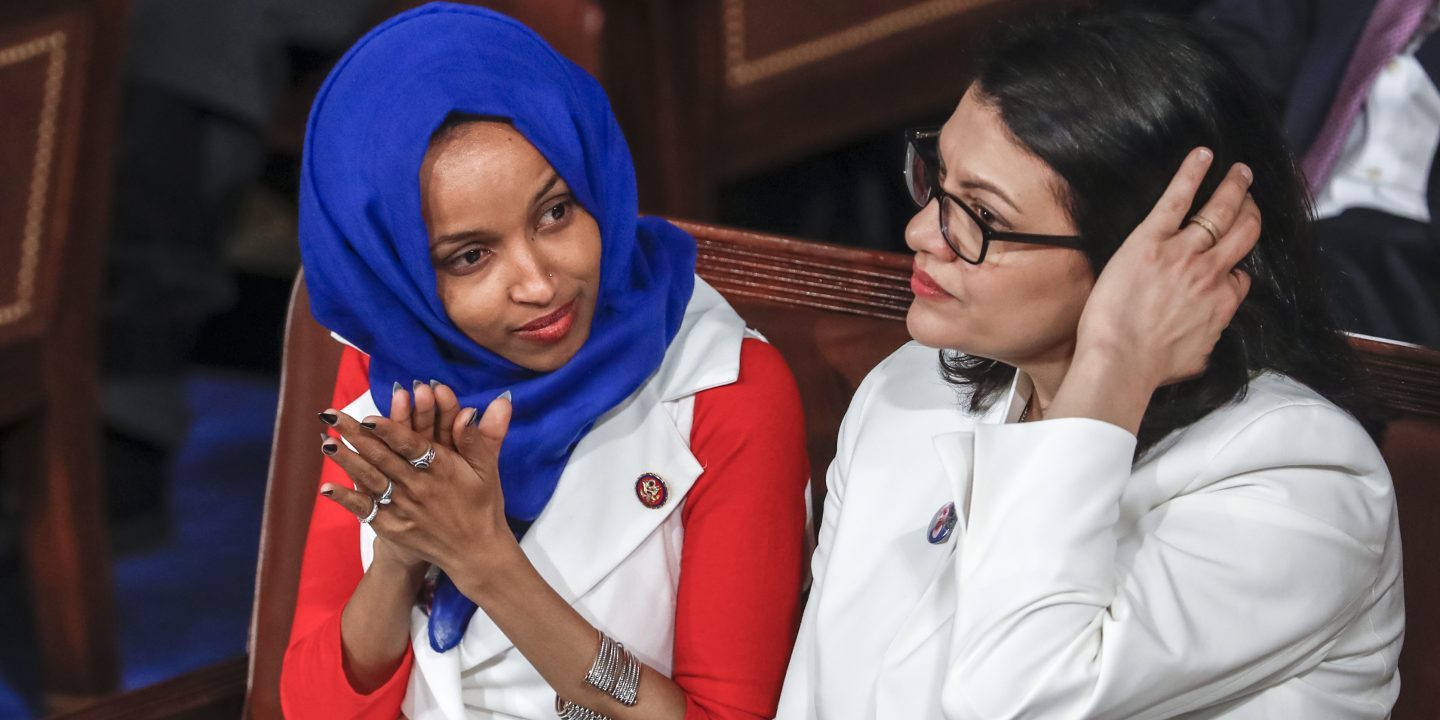 Congresswoman Ilhan Omar has been one of the best-known, but also most controversial faces in the US House of Representatives nationwide for some time. Especially with a view to their relationship to Israel and the anti-Semitic boycott movement BDS.

SQUAD Born in 1982 in Somalia’s capital, Mogadishu, Omar had to flee her home country with her family at the age of eight. After a stay in Kenya, the family found refuge in the USA in 1995. Omar grew up in Minneapolis, Minnesota and later studied political science in North Dakota.

In 2015 she became the managing director of an organization that campaigns for women’s rights. In August 2018, the Democrat was elected a member of the Minnesota Congress and only a few months later as the representative of the 5th constituency of Minnesota in Washington. She was re-elected last November.

This makes Omar not only the first MP of Somali origin, but also one of the first Muslim women to be elected to the House of Representatives. There she is with three parliamentary colleagues, including the well-known New York MP Alexandria Ocasio-Cortez, part of a group of decidedly left-wing and anti-Israel MPs that Donald Trump disparagingly called “The Squad”.

CRIMINAL COURT Omar lived up to this reputation a few days ago. She posted a video on her Twitter feed in which she suggested to her fellow party member, the American Secretary of State Antony Blinken, during a hearing in the Foreign Affairs Committee that both Israel, Hamas and the USA were charged with “crimes against humanity” before the International Criminal Court in The Hague (ICC) would have to be brought to justice.

In her tweet, Omar wrote: “We must apply the same standard of accountability and justice to all victims of crimes against humanity. We have seen unimaginable atrocities committed by the US, Hamas, Israel, Afghanistan and the Taliban. I asked Minister Blinken where people can demand justice. “

In his reply, Blinken pointed out to his party colleague that both the USA and Israel – neither of which are parties to the ICC – are very much in a position to investigate possible human rights violations by their own armed forces. “Our two democracies have this ability, and we have also proven it,” said Blinken. Incidentally, the ICC is only responsible if the UN Security Council (over which the US has a veto) transfers a matter to The Hague.

In the wake of her tweet on Monday, Ilhan Omar was then exposed to sharp criticism. This came not only from the political opponent, but also, for the first time, publicly from his own parliamentary group.

“To equate the United States and Israel with Hamas and the Taliban is as offensive as it is misguided,” wrote twelve Jewish Democratic Congressmen in a joint statement made public on Wednesday evening.

And further: “Anyone who simply ignores the differences between constitutional democracies and despicable organizations that practice terrorism discredits their argument at best, but at worst reflects deep-seated prejudices.”

Both the US and Israel are not perfect democracies, so Omar group colleagues. But it is wrong to put them on the same level as terrorist groups, so the signatories. “We urge Congressman Omar to clarify the words she uses to put the US and Israel in the same category as Hamas and the Taliban.”

The attacked did not let the criticism sit for long. In a tweet on Thursday, Omar called it “shameful for colleagues who call me when they need my assistance and now make a statement asking for ‘clarification’ but not calling.”

Omar continued: “The Islamophobic elements in this statement are offensive. The constant harassment and silence from the signatories of this letter is unbearable. ”

An ongoing case before the ICC has nothing to do with prejudice, she wrote. “History has taught us that the truth cannot be hidden or silenced forever.” However, Omar did not explain why the allegation of her party friends that their views on the Middle East were guided by prejudice should have been Islamophobic.