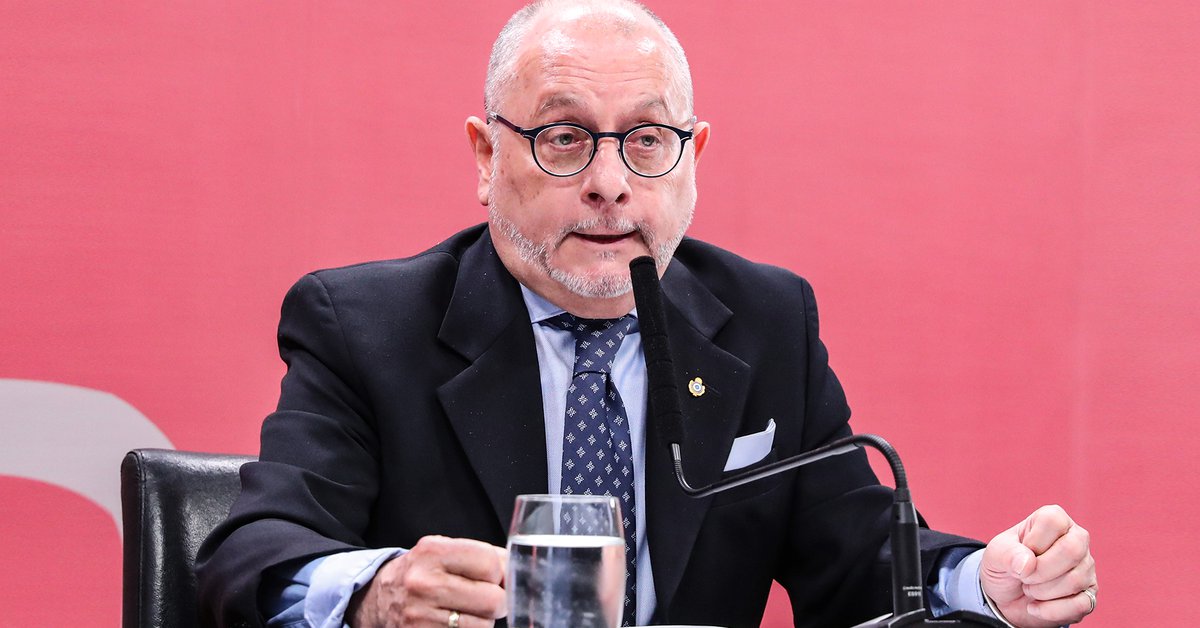 Argentina abstained from condemning in a vote held in the Organization of American States (OAS) the human rights violations committed by the Daniel Ortega dictatorship in Nicaragua.

The Casa Rosada shared its vote of abstention with Belize, the Dominican Republic, Honduras and Mexico. And again, as happened at the UN with its position on the Hamas terrorist attacks against Israel, Argentina was left out of its Mercosur partners: Brazil, Uruguay and Paraguay.

Jorge Faurie, Argentine chancellor during the government of Mauricio Macri, stated that the decision adopted by Alberto Fernández’s diplomacy “is an error and a tragedy” that contradicts the trajectory that began in the country after the trial of the military leaders of the dictatorship carried out during the management of Ricardo Alfonsín.

“We have completely abandoned that path, first by withdrawing from the complaint against Venezuela for human rights violations, and now by voting against the consensus of 26 countries in the region. This leaves us on the side of dictatorships, autocracies and those who do not respect human rights”, He assured.

The argumentation of Argentina’s vote at the OAS

Ortega and Murillo carried out a massacre against the civilian population in April 2018. From that moment on, the Sandinista dictatorship became more ferocious every day. and it always suffered international condemnation in the United Nations and the OAS. In fact, the government of Alberto Fernández had voted in favor of human rights in Nicaragua during a session on this issue at the UN. And it was expected that the OAS would repeat its position exhibited at the UN.

It did not happen.

The Argentine ambassador to the OAS, Carlos Raimundi, abstained from a draft resolution that requires Ortega and his wife, Rosario Murillo, to end the political persecution and to guarantee the transparency of the next presidential elections.

Until the Raimundi vote, Argentina had always voted against the Sandinista regime. In the days of Ambassador Paula Bertol, the Macri administration assumed a position of strict criticism of the dictatorship in Nicaragua. But that changed yesterday.

“I believe that the government’s decision does not represent the Argentines who voted for any of the parties that appeared in the 2019 elections, who want to live in freedom, who want to be respected for the ideas they may have and not for that reason go prisoners, who respect human, labor and social rights. They want to live in a democracy because they recognize that in a democracy they can fight for better living conditions and they don’t want someone to perpetuate themselves in power or take over everything, ”Faurie analyzed in dialogue with journalist María Laura Santillán on CNN Radio. 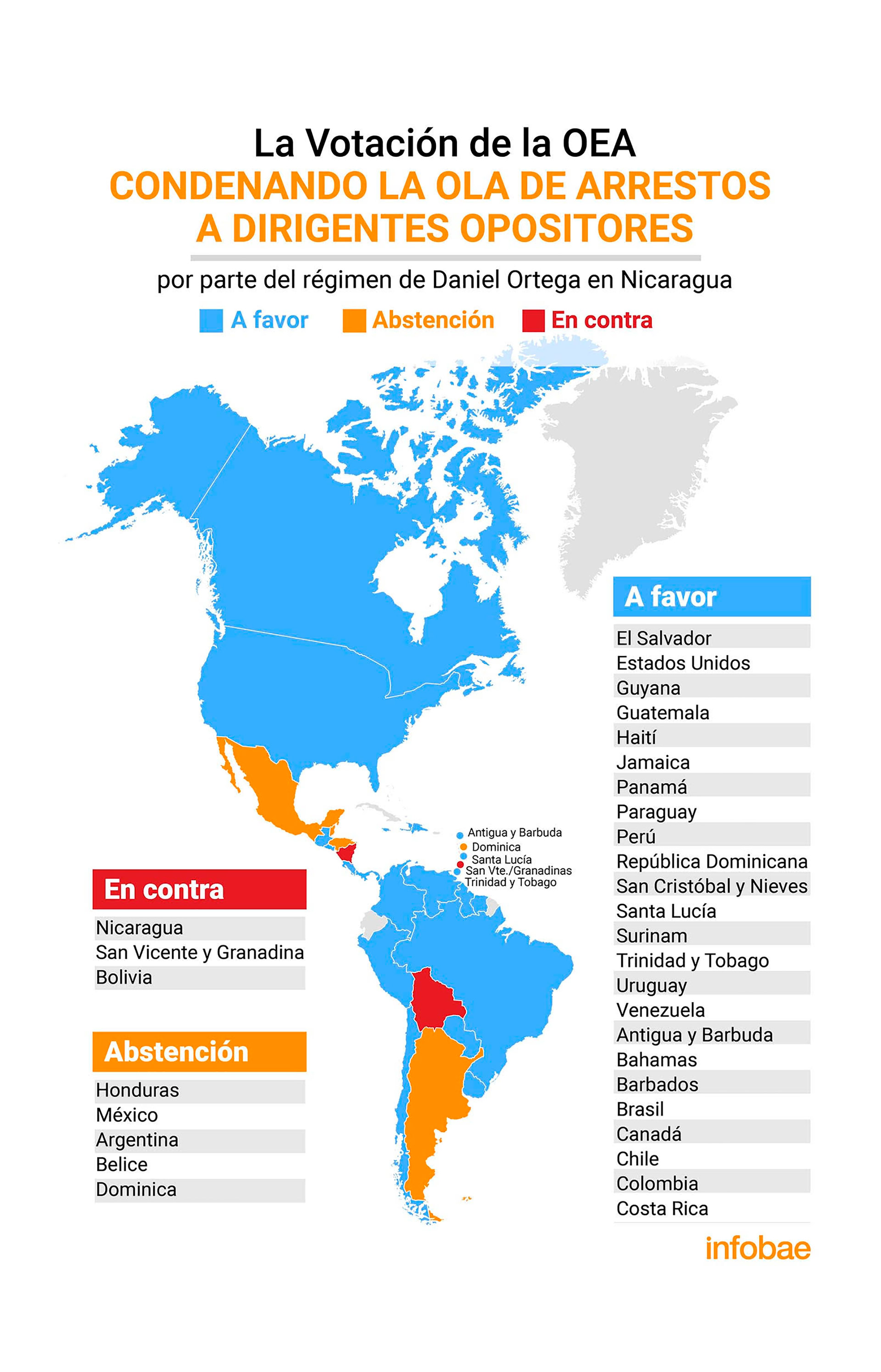 The draft resolution approved by a historic majority states the following:

1. Express its grave concern over the fact that the Government of Nicaragua has not implemented, as of May 2021, electoral reforms in accordance with applicable international standards, in order to ensure that the elections scheduled for November 2021 are free and fair.

3. Strongly urge the Government of Nicaragua to implement legislative and other measures that are consistent with applicable international standards without delay in order to promote transparent, free and fair elections in November, including the good reception of electoral observers. from the OAS and from other countries.

4. Continue monitoring the electoral process in Nicaragua, for its consideration and possible presentation to the General Assembly.

The declaration of condemnation endorsed by a strong majority in the OAS -26 votes out of a total of 34 possible- it was the multilateral response to a witch hunt unleashed by the Nicaraguan dictatorship. In the last two weeks, Ortega and Murillo started a raid a policy that involved the arrest of the main opposition leaders who had intentions to confront the regime that has been in power since 2007.

This repressive movement involved the illegal capture of Cristiana Chamorro, Juan Sebastián Chamorro, Félix Maradiaga and Arturo Cruz, among other political leaders. All were charged with alleged treason and money laundering.

And so far, Ortega and Murillo have not provided a single piece of evidence against it. For this reason, the OAS demanded their immediate freedom from the Sandinista regime and the preservation of democracy over and above the political interests of the Managua dictatorship.

The Secretary of State, Antony Blinken, had a 40-minute conversation with Felipe Solá to discuss the issue of Nicaragua. It happened a few days before the session at the OAS, and the Argentine foreign minister agreed to answer about the final position that the Casa Rosada would assume.

Alberto Fernández has ideological differences with the Secretary General of the OAS, Luis Almagro, and did not want to appear endorsing his political position regarding the Sandinista regime. The President also did not want to appear alongside Bolivia and San Vicente, who supported the Nicaraguan dictatorship.

He opted for abstention, in a position alongside Mexico, which is his main ally in Latin America. And as in recent regional events, Argentina appears split from the common agenda with its Mercosur partners. Brazil, Paraguay and Uruguay voted together with the United States, Colombia, Peru and Chile.