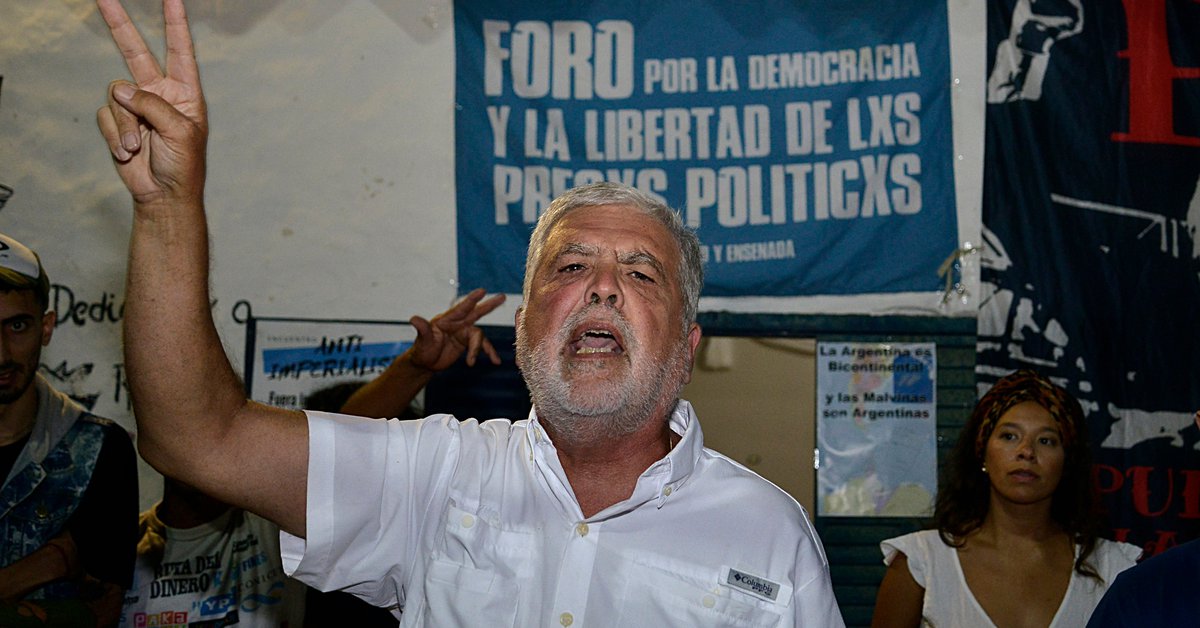 “I’m going to say something that will exacerbate a lot of spirits”, ad Alberto Fernandez by justifying among the potential replacements of Marcela losardo a Martin Soria. The President defined that the national deputy cannot be described as “Kirchnerist” because his sister, Maria Emilia Soria, was one of the legislators who in 2017 voted the impeachment of Julio De Vido. As he had anticipated, his statement had a full impact on the former Minister of Planning, who came out to express his anger: “This defines the immeasurable miserability of Alberto Fernández.”

To replace Losardo in the Ministry of Justice, the president is considering two possible replacements: Martín Soria and Ramiro Gutiérrez. “I know them, they are prestigious, but you have to see. They all get splashed before they start talking “, stated in dialogue with C5N. In this sense, he specified that he has known Soria “for many years”, and indicated that they have been in frequent dialogue for a long time since he is part of the Justice Commission.

Before making the decision between one or the other, Alberto Fernández declared that Soria could go out at the crossroads, calling it “Kirchnerista”: “I know Martín, a lot. I’m going to say something that will exacerbate a lot of spirits, but his sister (María Emilia) voted De Vido’s violation. The Soria are not exactly that (Kirchnerists), they do it to generate anger between Cristina and me ”.

“What torments them is that Cristina and I have a common view of what is happening in the courts and we both have that common view with one difference: she has a condition that I do not. She suffers from it. but the diagnosis is exactly the same. And they do not tolerate it. The first thing they do is say that Soria is a Kirchnerist ”, he added.

Fernández’s sayings quickly provoked the response of the former Minister of Planning, who faces several legal cases for corruption. Through his social networks, De Vido shared the excerpt from the President’s statement and said: “It seems that to have voted the violation of a persecuted comrade without having even been investigated would be a merit to designate the brother as the successor of Minister Losardo, this defines the immeasurable miserability of Alberto Fernández.”

“The merit of Martín Soria to be Minister of Justice would be that he is anti-Kirchner, according to @alferdez”continued the former official who added: “The silence of the comrades will be transformed into complicity.”

And he finished: “Shame on others the rhetorical poverty of its justification that strengthens our stigmatization giving a free stone from the Executive Power to our judicial persecution”. 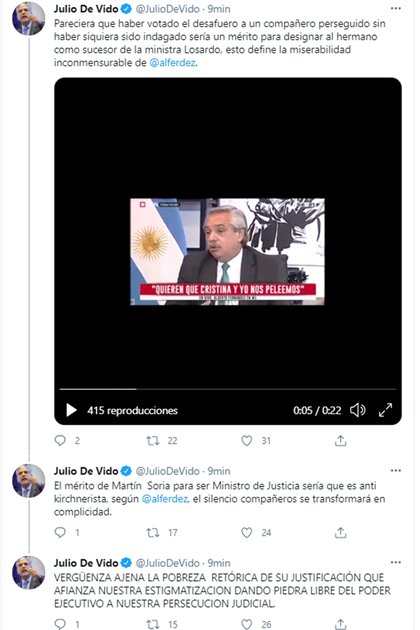 Losardo was the official who tried to build bridges with the Judiciary, at a time when the harshest ruling party tried to dynamite. Since the possibility of a resignation emerged, many have read that his departure – being the President’s most trusted person – implies a personal political defeat for the head of state, who loses his friend, partner and companion of more than 35 years. The other “albertistas” of the Cabinet are thus more weakened in front of the ministers more identified with the hard kirchnerismo. And it is precisely the leaders of the most radicalized Kirchnerism, those who press with the excuse of lawfare for the President to intervene in court to favor former officials arrested for corruption. But Alberto Fernández rejected the idea of ​​pardons and an amnesty law, only keeping the judicial reform project on the table.