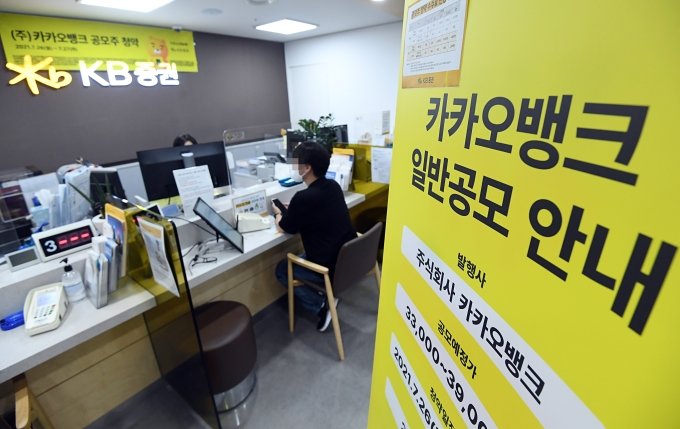 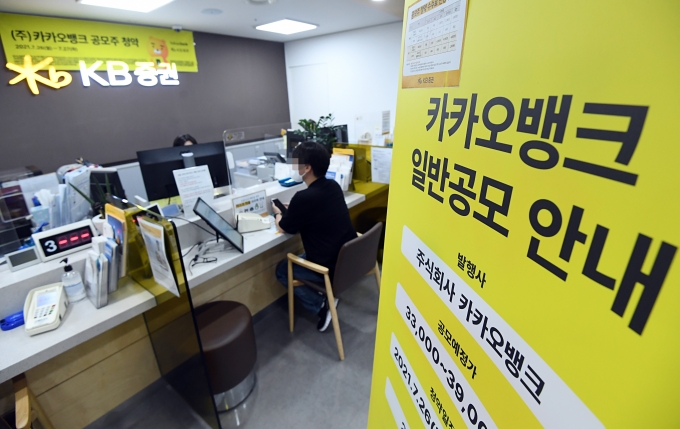 On the morning of the second day of the general subscription for public offering shares, Kakao Bank, an Internet-only bank, collected more than 22 trillion won in margin. / Photo = Reporter Jang Dong-gyu

On the morning of the second day of general subscription for public offering shares, Kakao Bank, an internet-only bank, collected more than 22 trillion won in margin.

Meanwhile, in the Kakao Bank institutional demand forecast held on the 20th and 21st, orders worth 2585 trillion won, the largest in the history of a domestic IPO, were received. The public offering price was confirmed at 39,000 won, the highest level of Hope Band.