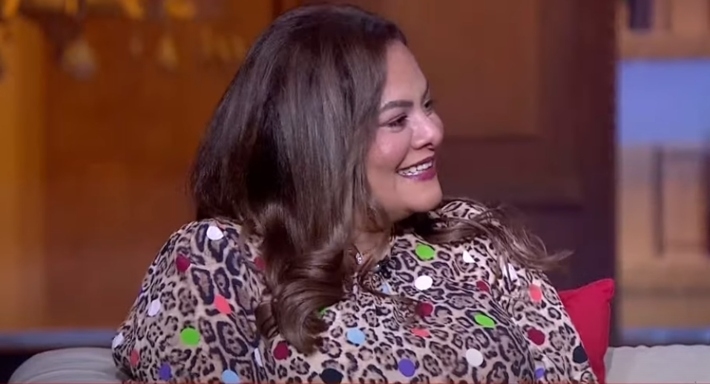 Director Kamila Abu Zekry referred the realistic picture that the series “Bloo’ Al-Rouh” transmitted to the Syrian city of Raqqa while it was under the control of ISIS, to the preparation period that the entire team went through for three months.

Kamla Abu Zekry said during her hosting on the “Al-Hekaya” program, presented by the media, Amr Adib, on MBC Egypt: “He was studying hard from everyone, watching documentaries and a lot of reading, because none of us visited Raqqa or saw ISIS.”

We recommend – #fashion_police: Salma Abu Deif in a black chiffon dress at the Cannes Festival

She added: “We had people who lived in Raqqa and moved to Lebanon, and lived through the period of ISIS’s occupation of Raqqa, and helped us accurately convey the shape of the buildings and the details of the terrorists’ behavior.”

In response to a question, where were the scenes of Raqqa filmed? She said: “We went to Baalbek on the Syrian border because it is the closest to Raqqa, and its buildings do not exceed 4 floors, and after discussions and inspections with the Lebanese interior designer Nagham, we chose a camp for the Palestinians called Guru, which is located in Baalbek.”

She added, “The series’ work team brought together the Egyptian, Syrian, Lebanese and Iranians who took on the task of make-up.”

And the series “Baloo’ Al-Rouh” was shown in the second half of Ramadan 2022 on MBC Egypt and “Shahid Vip”.

Why was the son of Samir Sabri absent from the funeral? The late sister’s husband reveals the reason

Mahmoud Al-Mahdi announces his marriage to Menna Arafa: The joy was young

Don’t Miss: A special episode to analyze the tunes of the song “Palete Painting” in “Analysis of Tones with Your Uncle Albatt”