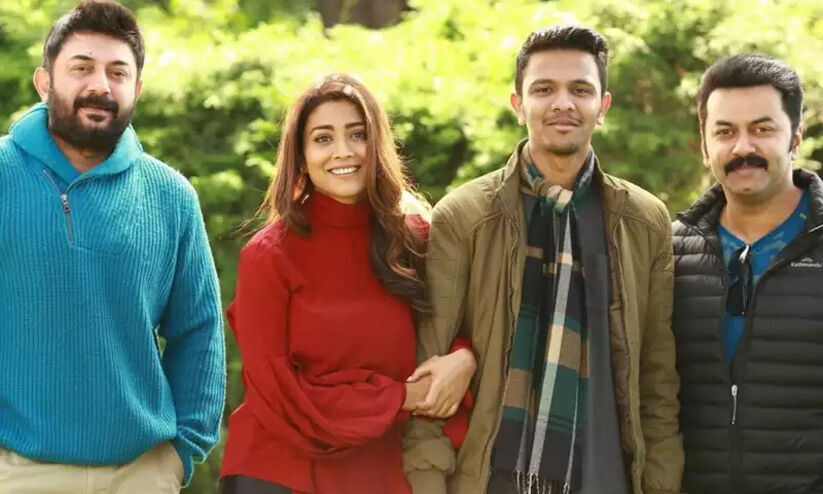 Narakasuran is the first collaboration between actor Indrajith Sukumaran, Arvind Swamy and Sudeep Kishan. Narakasuran’s film is directed by young director Karthik Narain after the superhit film Dhruvangal Padinar. Shriya Saran is the heroine. Two years after the release of the film’s trailer and teasers, the release has been delayed due to several production delays.

However, it is reported that the film will be released soon. Sony Live is rumored to have acquired the streaming rates of Narakasura and Vazhi directed by Arun Prabhu. No official confirmation has been received in this regard.

The film was initially produced by Ontraga Entertainment, directed by Gautam Menon. However, there were allegations that Gautham Menon was not paying for the film. Following the controversy surrounding the film, it was reported that Karthik Narain had dropped Gautam Menon from production. The film was later produced by Venkat Somasundaram and Reshma Khattala.