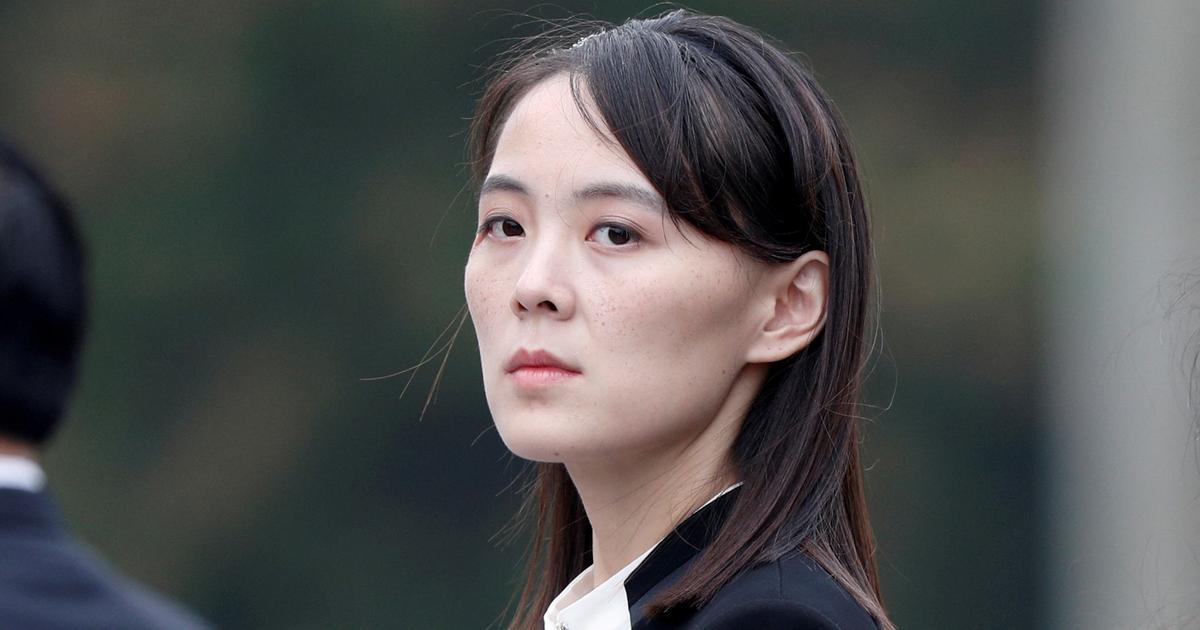 Kim Yo-jong, the sister of North Korean leader Kim Jong-un, hurled a barrage of abuse at the South Korean president and his government on Thursday (November 24th), calling them “idiots” and of “loyal dogs and minions” the United States. The sweeping statements come after South Korea’s foreign ministry said it was considering imposing new unilateral sanctions against Pyongyang over its recent ballistic missile tests.

«This disgusting act clearly shows that the South Korean group is a faithful dog and a minion of the United States“, vituperated Kim Yo-jong in a press release. “I wonder what ‘sanctions’ the South Korean group, which is nothing more than a wild dog running behind a bone thrown by the United States, brazenly imposesto North Korea, she continued, adding, “What show !»

She accused South Korean President Yoon Suk-yeol of creating a “dangerous situationand compared him unfavorably to his predecessor Moon Jae-in, who was more inclined towards dialogue with the North and under whom, she said, Seoul “was not our target».

North Korea, customary of the fact

«I wonder why the South Korean people remain passive spectators to such acts of the “government” of Yoon Suk Yeol and other idiots.added Kim Yo Jong, who is not only Kim Jong-un’s sister but also a key political adviser.

North Korea is used to insulting its enemies. In the past, its leaders have, for example, called US President Joe Biden before his election “enraged dog” who “must be beaten to death with a stick“, his predecessor Donald Trump of “mentally deranged doting american old manand former South Korean President Park Geun-hye ofwitch” and of “malignant prostitute».

◉ Argentina National Team: changes vs. Mexico, the oath of the squad and latest news, LIVE