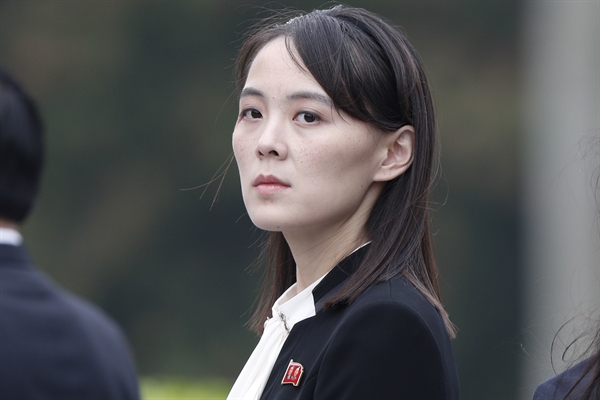 (Seoul = Yonhap News) Reporter Bae Young-kyung = Kim Yo-jong, the younger brother of North Korean leader Kim Jong-un, deputy minister of the Workers’ Party of Korea, said on the 1st that “military exercises conducted in a time of important reversal like this one can further cloud the future of inter-Korean relations.” He said he would closely monitor the South’s decision regarding the South Korea-U.S. joint exercise.

In a discourse released through the Korean Central News Agency on the same day, Deputy Director Kim said, “For a few days, I keep hearing unpleasant voices that the joint military exercise between the South Korean and American forces can go ahead as scheduled.”

He said, “We have never discussed the size or format of the joint military exercise. will,” he warned.

“I think it will be a boring prelude that seriously undermines the will of the North and South leaders who want to take the step of restoring trust again and further cloud the future of inter-Korean relations,” he added.

He added, “The restoration of the inter-Korean communication line should not have any more meaning than that it is only physically reconnecting what was disconnected.

He said, “If I look back on the past three years, when the North and South Korean leaders put their hands together and made and announced a speculative agreement such as a joint declaration, the inter-Korean relations went through unexpected twists and turns and reached a crisis. The views expressed today will be fully understood,” he added.

Recently, as the inter-Korean communication line was completely restored, the Ministry of Unification took the position that it was desirable to postpone the South Korea-U.S. joint exercise scheduled for August, but the military authorities said that the schedule, scale, and method of the exercise had not been set and that consultation with the United States was necessary, but proceeded as scheduled. Putting the weight on the side.

Earlier in March, Vice-Chairman Kim also criticized the South Korea-U.S. joint exercises in the first half of the year and warned of possible catastrophe in inter-Korean relations by violating the inter-Korean military agreement and reorganizing organizations in charge of dialogue and exchange with South Korea, such as the Committee for Peaceful Reunification of the Fatherland.