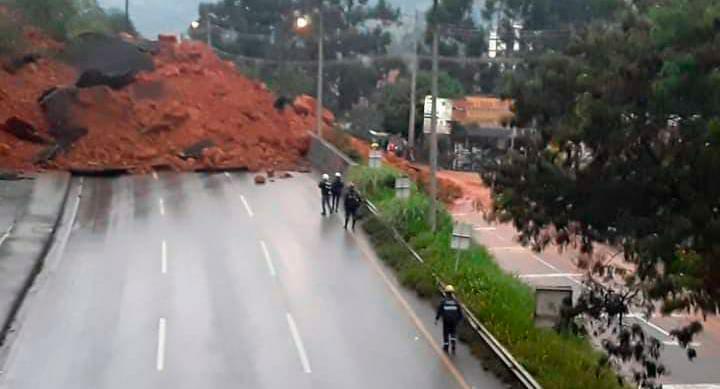 The road between Medellín and the Atlantic Coast is blocked in the vicinity of the Antioquia municipality of Copacabana, due to a landslide that occurred at dawn on Monday, October 11.

This was reported by Major Karina Londoño, head of the Traffic and Transportation Section of the Antioquia Police. According to the officer, the landslide occurred at kilometer 8 + 500, in an urban area known as El Vivero.

The alternative route to go to the coast, recommended by the Traffic Section, is by taking the Fundadores de Copacabana bridge. To enter the Aburrá ValleyIt can be crossed by the Santa Rosa de Osos – San Pedro de los Milagros – Medellín route.

Drivers are waiting for the Copacabana authorities to remove the tons of dirt from the road. At the moment no injured people have been reported, although Dagrán reported that it activated the Fire Brigades and canine units “to rule out possible trapped people.”

Copacabana Municipal Risk Management Council reports total closure of the road that leads to the Atlantic coast, near La Normal school, due to landslides. The Dagran activates fire brigades and canine units to rule out possible trapped people pic.twitter.com/UIhPJ7WBls