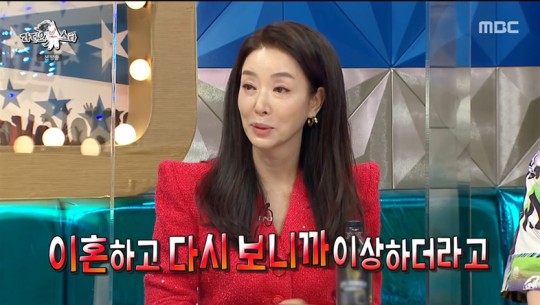 Actress Kim Bo-yeon shared her feelings about reuniting with her ex-husband Jeon No-min in a work.

MBC’s entertainment program ‘Radio Star’, aired on the 9th, was featured as a special feature of ‘Noona is so pretty’, and Kim Bo-yeon, Cha Ji-yeon, Kim Eung-su, and Lee Ho-cheol appeared.

Kim Bo-yeon reunited with her ex-husband Jeon No-min through the TV Chosun Saturday drama ‘Marriage Lyrics, Divorce Composition’ (hereinafter ‘Sorry Song’). When asked about this, Bo-yeon Kim said, “I see you after almost 10 years” and mentioned that there was no contact during that time.

He continued, “It was strange to see the divorce,” he said. “I thought it would be awkward, so I said ‘How are you?’ first.”

He also mentioned the awkward filming site, saying, “There was a greeting scene in the drama that said ‘You two have a good impression’, and I looked into the air.

Meanwhile, Kim Bo-yeon married Jeon No-min in 2004, but divorced in 2012. They both have two daughters.