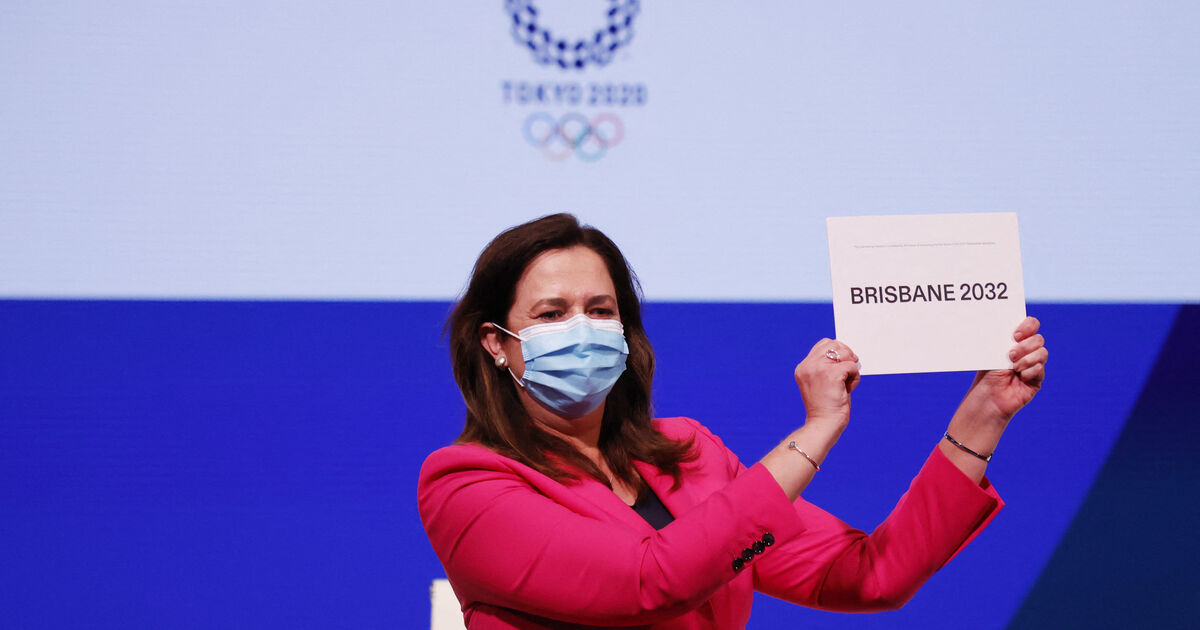 Unsurprisingly, the International Olympic Committee (IOC) on Wednesday approved the designation of the Australian city to host the 2032 Summer Games. Brisbane was the only candidate city to benefit from the status of “preferential candidacy” granted by the IOC.

2032 is a long way off… And yet, we already know who will organize the Olympic Games that year. On Wednesday, two short days before the start of the Tokyo Olympics, the members of the International Olympic Committee (IOC) meeting for their 138th session designated Brisbane, and more broadly the Australian province of Queensland, host city of the 2032 Olympic and Paralympic Games. For the third time in its history, Australia will therefore host the Summer Games, after Melbourne in 1956 and Sydney in 2000.

Once is not custom, the designation was made without any suspense. The eastern Australian city was actually the only candidate still in the running. Some cities like Doha in Qatar, Djakarta in Indonesia, or the Pyongyang-Seoul team, had done well.

But the IOC Executive Committee had only chosen to enter a phase of targeted dialogue with the Australian authorities. A reform adopted in June 2019 effectively allows the IOC to initiate a “Targeted dialogue” with an application “Preferential”, with the aim of defusing the growing reluctance to organize the Olympic Games, to reduce costs and to constitute a breeding ground for future host cities.

Despite everything, this designation without competition may come as a surprise, as the ceremony of the vote separating the candidate cities to host the Games has punctuated decades of Olympic life, with its costly lobbying behind the scenes then its opening of the envelope followed by hugs or kisses. of tears. Everyone has in mind, for example, the joy of Anne Hidalgo, Teddy Riner and Tony Estanguet in 2017 at the time of the designation of Paris as the host city of the 2024 Games, or the disappointment of the Parisian organizers in 2005, who had seen the 2012 spinning in London.

Brisbane, aided by the influence of Australian IOC Vice-President John Coates, has enjoyed preferential candidacy status since February. In June, the boss of the instance Thomas Bach had also praised his case “irresistible” and “Love” Australians for sport. Australia, which is one of the few countries not to have missed any edition of the Summer Games, is “A huge Olympic village” with his multiple nationalities, ethnic origins and around 300 languages ​​spoken, Prime Minister Scott Morrison said by videoconference on Wednesday.

The capital of Queensland, already a candidate for the 1992 Olympic Games awarded to Barcelona and involved in 2018 in hosting the Commonwealth Games, also promises “84% of existing and temporary sites”, a key criterion for the Olympic body determined to reduce the amount of Olympic bills, disproportionate in recent years as in London for the 2012 Olympics, Sochi (Russia) for the 2014 Winter Olympics and Tokyo due to the postponement of a year because of the Covid-19 pandemic.