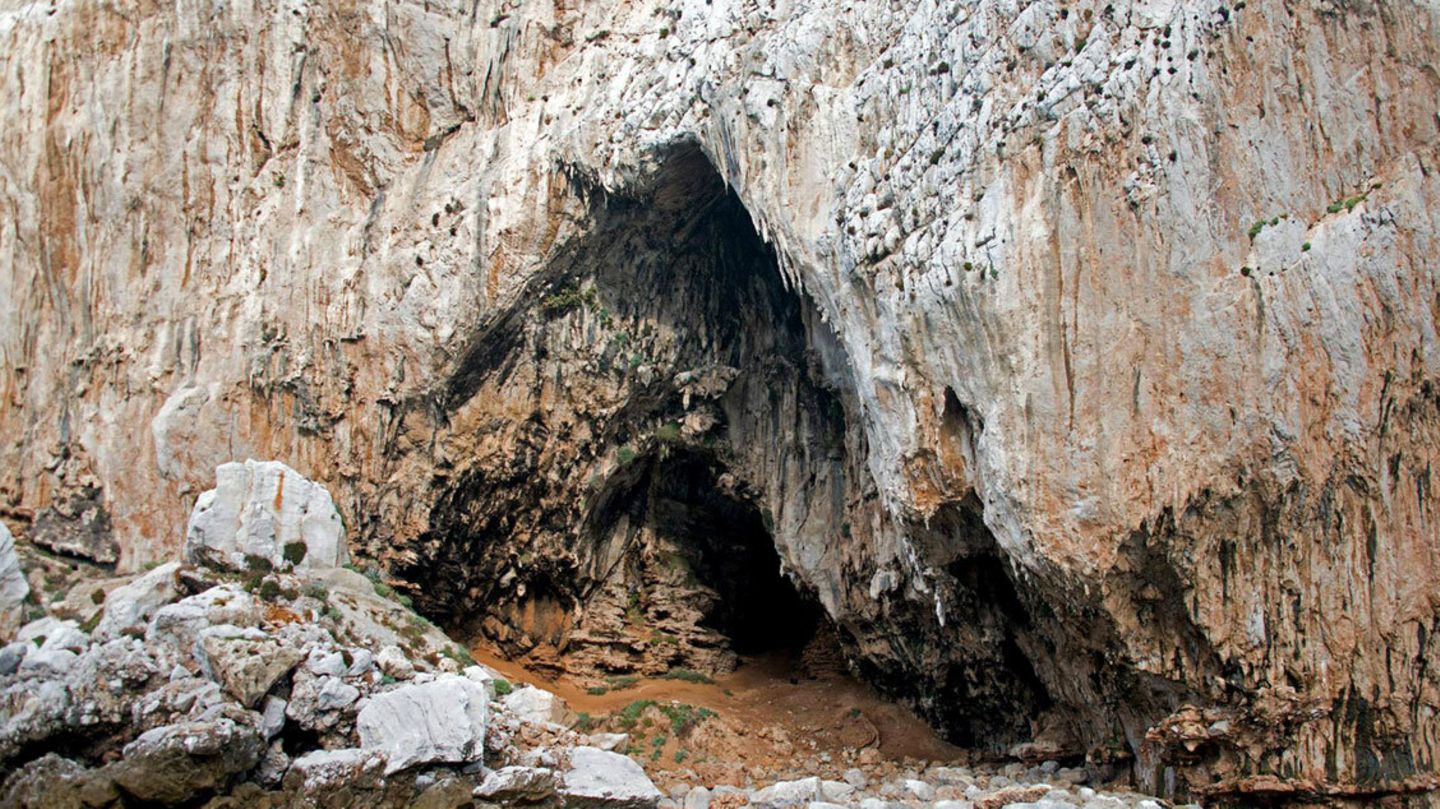 archeology
Last refuge for the Neanderthals? Researchers have been discovering sealed caves in Gibraltar for 40,000 years

In the place where most likely the last Neanderthals in the world lived, scientists have now come across a cave chamber that has remained untouched for 40,000 years.

It has long been known that the Neanderthals, the older brothers of modern man, had their last home in southern Europe. Perhaps one of the last refuge of prehistoric humans could have been the Gorham cave complex on the Gibraltar peninsula, a British enclave in southern Spain. Nearby, archaeologists have found a chamber in another cave that has probably been closed by sediments for around 40,000 years.

The scientists at the National Museum of Gibraltar had been actively looking for previously undiscovered caves since 2012, which may have been closed by sediments and thus remained untouched. However, it took nine years to make the hoped-for find – a few weeks ago the researchers came across a large, previously unknown chamber in the Vanguard Cave, which is only a few hundred meters from the Gorham Cave on the Gibraltar coast .

The cave entrance was closed by sand and sediment

The cave chamber is 13 meters in diameter, rubble, sand and stones had sealed the entrance for forty millennia. The archaeologists now hope that they will find traces of the life of the Neanderthals here too, in order to find out more about the human species, which is still puzzling in many points. The fact that the Neanderthals lived in the region, even at a time when they were already extinct elsewhere, is proven by numerous finds from the Gorham Cave: The prehistoric humans left knife blades, scrapers for fur processing, bones, remains of fireplaces, clams and shells here Pine nuts.

See in the video: Too old for Homo sapiens – the mystery of cave paintings finally revealed.

The newly discovered cave chamber in the Vanguard Cave has so far only been examined superficially, but the scientists have already found remains of prehistoric lynxes, hyenas, vultures – and clear scratches on the rock face, which are likely to have come from a large predator. Exciting: The shells of sea snails were also found, and these must have been deliberately brought into the cave. Because the sea, which is close nowadays, but does not even begin to reach or into the cave, was even further away 40,000 years ago. It is unclear whether it was Neanderthals who collected the snails.

Now the investigations are only really beginning

John Cortes, politician and scientist in Gibraltar, commented on the discovery of the cave: “This is an exciting find that opens a new chapter in our rich history. I know the Vanguard Caves well and have often wondered what is behind them hidden in the sand – now we have had a first look at it. Research in this chamber will continue, with the prospect of fantastic discoveries that have remained hidden for 40,000 years. “