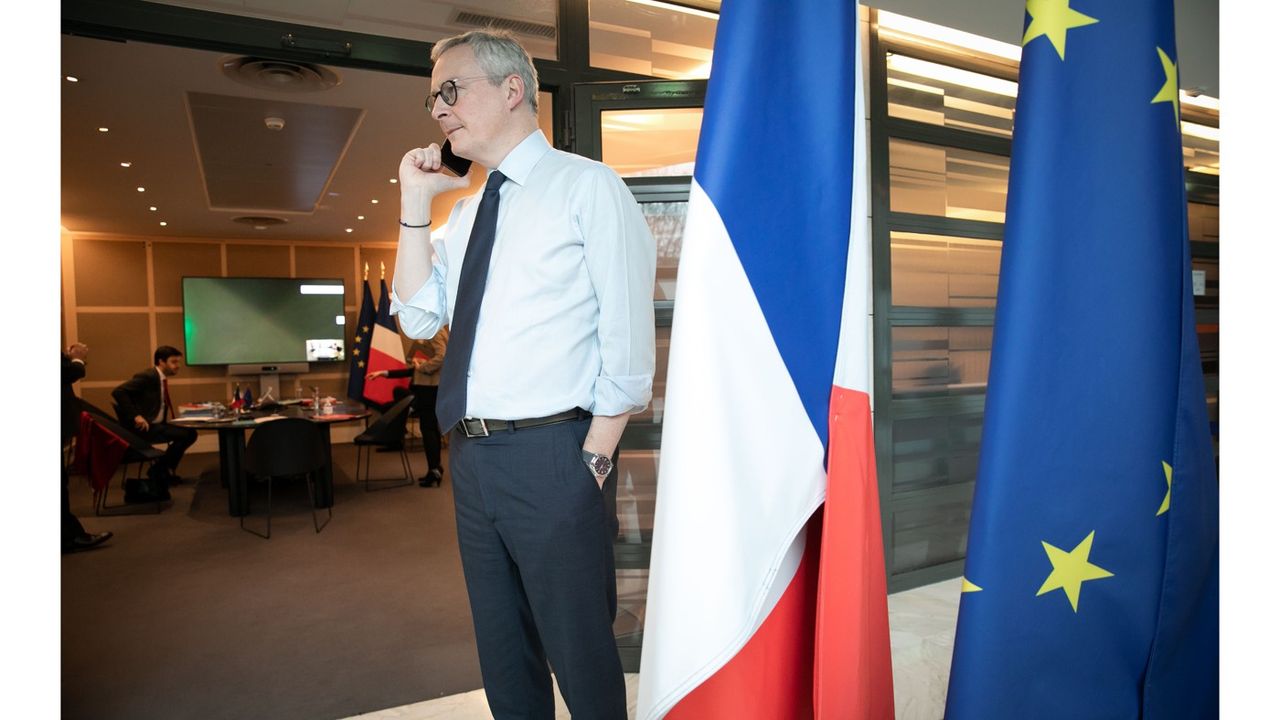 The epidemic continues to decline in France, and slowly elsewhere in Europe. France resumed this week the path of deconfinement and the expected arrival of vaccines in 2021 gives renewed optimism. The pressure is gradually easing on hospitals, with a number of resuscitation patients returned below the 4,000 mark on Friday . And this Saturday marks the first big step in easing the constraints with the reopening of “non-essential” stores across the country. A reopening which is however done at the cost of a strict health protocol .

> The ceiling for aid to companies is doubled

> The health situation is worsening in the United States

The compensation ceiling for businesses that remain closed due to the pandemic will be increased to 200,000 euros per month, announced Bruno Le Maire on Saturday, during a trip to traders in Reims, where he was accompanying Prime Minister Jean Castex.

The government announced on Wednesday a new support system for closed companies, which includes compensation for 20% of their turnover compared to that achieved last year during the same month. This support, initially capped at 100,000 euros, will therefore be doubled.

The High Authority for Health (HAS) spoke out on Saturday ‘in favor’ of the use of antigenic tests, faster than RT-PCR virological tests, for ‘contact persons’. This paves the way for the use and reimbursement of tests.

Until now, antigen testing has mainly been performed on ‘symptomatic people’, and only if an RT-PCR test could not be obtained for 48 hours and the antigen test took place within four days of the first symptoms.

From now on, the HAS is ‘in favor of extending the indications for antigenic tests, in order to use them not only in people with symptoms, but also in contact persons detected individually or within clusters’. The completion time is the same as that recommended for RT-PCR, namely: as soon as possible then at 7 days for high-risk contact persons (within the same household as a contaminated patient); 7 days after exposure for other contact persons (low risk) ‘.

> Elisabeth Borne hopes for a decline in unemployment in 2021

Elisabeth Borne, Minister of Labor, said on Saturday that she hoped for a decline in unemployment in France in the fourth quarter and in 2021, thus continuing its decline after the peak of 6.157 million job seekers registered at the end of June, according to Reuters.

‘I hope that over 2021 unemployment will be able to decrease, of course,’ she said on France Inter. ‘Our economy has strong fundamentals and […] can rebound, and obviously in 2021 it will rebound, we have all these exceptional measures to bring young people into employment […] and towards training. ‘

But Elisabetjh Borne nevertheless launched an appeal for responsibility to companies which have decided on major job cuts, such as Danone and Total.

“This is really not the time to send employees to a job market where you are less likely to find a job quickly than in normal times,” she said.

More than 400,000 deaths from the new coronavirus have been recorded in Europe according to a report made by AFP from reports provided by the health authorities on Saturday.

More than 36,000 deaths have been recorded there in the last seven days (36,147), the heaviest toll in a week since the start of the pandemic.

> The situation is worsening in the United States

The number of new cases in 24 hours jumped to more than 205. OOO Friday in the country, the epidemic being favored by Thanksgiving shopping. Los Angeles has declared a new lockdown, and New York alone has seen 8,000 new cases, a first since April.

The total number of infected people reached 13.1 million, and the country now deplores 264,850 deaths from Covid-19.

The number of patients hospitalized in intensive care in France for an infection due to the coronavirus fell back below 4,000 this Friday for the first time since November 3, with 3,883 beds occupied, according to the daily report communicated by the authorities. The total number of hospitalized patients is also in decline, to 28,648 against 29,310 the day before (-662).

In terms of new contaminations, France recorded 12,459 additional cases in 24 hours while the total number of deaths increased by 957, including 393 in 24 hours in hospitals and 564 in nursing homes, whose reports are updated twice a week.

The Spanish Ministry of Health reported on Friday 10,853 new cases of Covid-19 in 24 hours, bringing the national total to 1,628,208 contaminations. The number of deaths attributed to the coronavirus in the last seven days stands at 1,177 – or 174.3 per day on average – against 1,220 on Thursday. The Spanish death toll now stands at 44,668 dead since the start of the pandemic.

Italy reported this Friday of 827 additional deaths linked to the coronavirus against 822 the day before, for a total of 53,677 deaths, according to the Ministry of Health. The authorities also identified 28,352 new contaminations in the past 24 hours against 29,003 Thursday, for a total of 1.538 million cases. Lombardy remains the most affected region with 5,389 new cases.