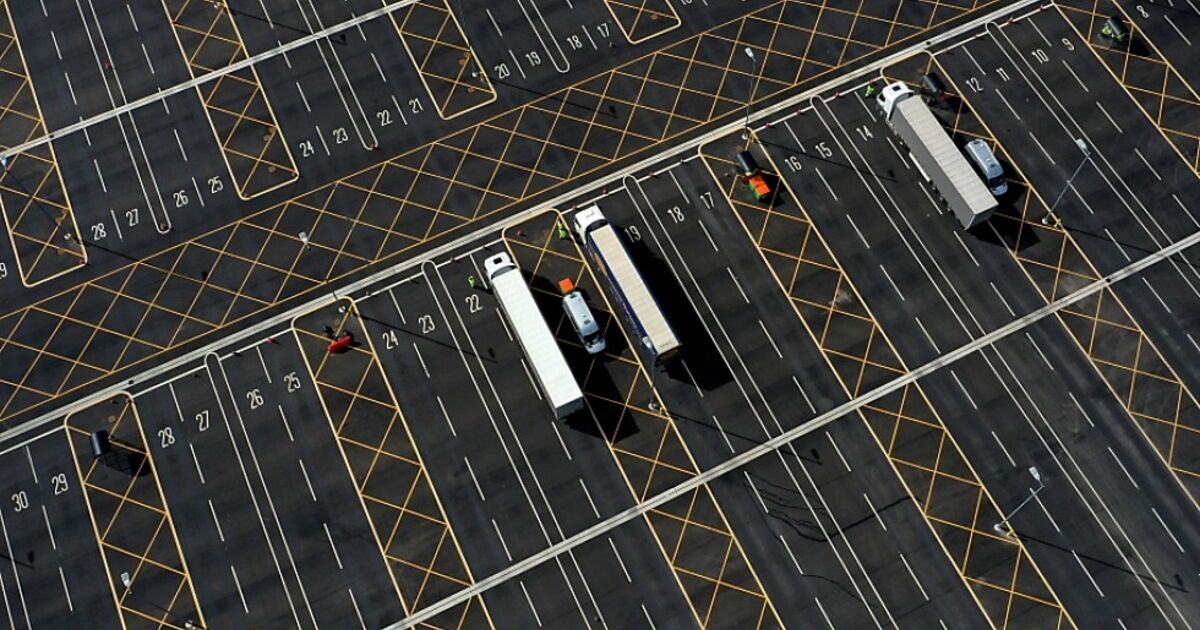 With thousands of work visas for foreign truck drivers, the British government still wants to save Christmas. As the Ministry of Transport in London announced on Sunday night, a total of 10,500 specialists are to be brought into the country from October to Christmas. These include up to 5,000 truck drivers as well as 5,500 skilled workers for poultry processing.

Transportation Secretary Grant Shapps said the waiver should “ensure that preparations for the holiday season stay on schedule”. “After a very difficult 18 months, I know how important this Christmas is for all of us, and so we’re taking these steps as early as possible to make sure preparations stay on track,” said Shapps. Business representatives reacted promptly but skeptically to the announcement.

The British economy has been suffering from significant delivery problems for weeks – the country is short of up to 100,000 truck drivers. One reason for this is the stricter immigration rules since Brexit. Now there were concerns that food for Christmas dinner and toys as gifts could be scarce. The main reason for the U-turn of the government, which until recently had refused visa exemptions for foreigners, was evidently brought about by pictures of long queues at gas stations. Because of delivery problems, energy companies were unable to supply dozens of petrol stations with petrol and diesel.

Representatives from the logistics sector and the food industry welcomed the government plans. At the same time, they made it clear that the total of 10,500 skilled workers were not enough. Supermarkets alone needed at least 15,000 truck drivers to keep stores running at full capacity before Christmas and avoid disruptions or delivery problems, said Andrew Opie of the British Retail Consortium.

The President of the British Chamber of Commerce, Ruby McGregor-Smith, also criticized that the measures were nowhere near enough. “It’s like putting out a campfire with a thimble of water,” she said.

The Ministry of Transport, on the other hand, emphasized that the import of labor does not represent a sustainable solution to the problem. Rather, a package of measures should help. For example, it is planned that army driving instructors will help to deal with the enormous backlog of driving tests that has also arisen as a result of the corona pandemic. In addition, around a million letters are sent to former truck drivers to convince them to return to work. The aim is to advertise with higher wages, fixed working hours and better working conditions. Free retraining is also offered. A total of 50,000 additional driving tests should be possible each year.

While business representatives admit that Brexit is one reason for the tense situation, the government rejects a connection. The pandemic has exacerbated the situation, said Minister Shapps. Before that, however, there were already problems in Great Britain. Shapps cited an aging workforce, low wages, and poor conditions at truck stops.