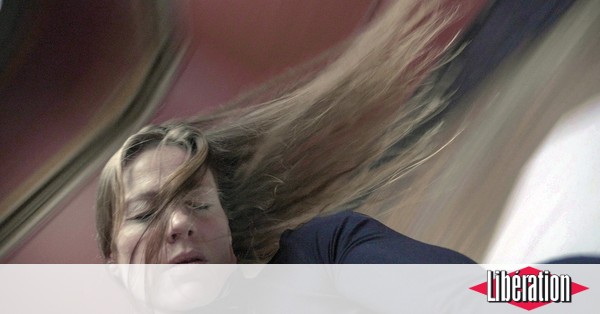 Lora Juodkaite has been spinning around since she was a child. Impossible to know when, she just remembers always filming. Every day, even sick or tired, sometimes tens of minutes, sometimes at a speed that no athlete or mage could match. Its practice is not codified anywhere, in any opera ballet, or any rite yet identified. There are of course the whirling dervishes, and the gnawa rituals, but nothing to do with Lora Juodkaite who, outside of some instituted spirituality, began to curl up in order to access another dimension of the body and soul, to plunge into the abyss of the mind, towards what the deep bones could record – it turns, she says, to «calmer».

In Lithuania, where she grew up, her mother, a doctor, and more generally the girl’s entourage were alarmed by the “problem”. The young woman continued in secret. She will become a dancer. There will be choreographies on one side, and gyration on the other, without porosity. And then in 2005, in Russia, there was this workshop led by the French choreographer Rachid Ouramdane, a documentary filmmaker who seeks the place where the body shapes intimacy in its own way. Their close collaboration has lasted for fifteen years. The top, on the theater stages, is adorned with a myriad of motifs, which Lora Juodkaite continues to decline. We remember Ordinary witnesses (2009), a play based on the testimonies of people victims of torture and barbarism, in which Lora Juodkaite drilled the plateau and disrupted the perception of time. The room had held its breath like a single diaphragm. How long had she been running?

Today, while unveiling a beautiful short film in which Lora Juodkaite dances, Rachid Ouramdane says: “I have never tried to name her practice with Lora, to classify it or to circumscribe it. That would be to limit it. We are often impressed by the dazzling speed of its towers, but what is very intriguing is that it is like in the eye of the storm, in a state of absolute calm, almost soaring. ” She sometimes says that it is not her who turns but that it turns around her. This altered state of consciousness, the way it alters sounds, lights and stimulates memory, was at the center of another room, Twist, with dancer Annie Hanauer. In the HF microphone, Lora Juodkaite whispered while spinning at high speed: “I’m looking for a quiet place.” One of his most beautiful portraits, among those staged by Ouramdane.

The short film circulating on the web today, In the dark we can see better, produced thanks to a laboratory of meetings between artists and researchers led by the journal ADN, offers another setting for the practice of Lora Juodkaite. As it turns, filmed in close proximity, the testimony of a shaman, Céline Dartanian, responds in voice-over, whom the choreographer wished to focus on the field of physicality more than on the spiritual journey. Two trance experiences, two distant cousins, that we hope to see unfold one day on a plateau, this place where it still happens that we are both here and elsewhere, strangely inhabited.

In the dark we can see better from Rachid Ouramdane, as part of the Dance Living Lab DNA, Visible on YouTube.