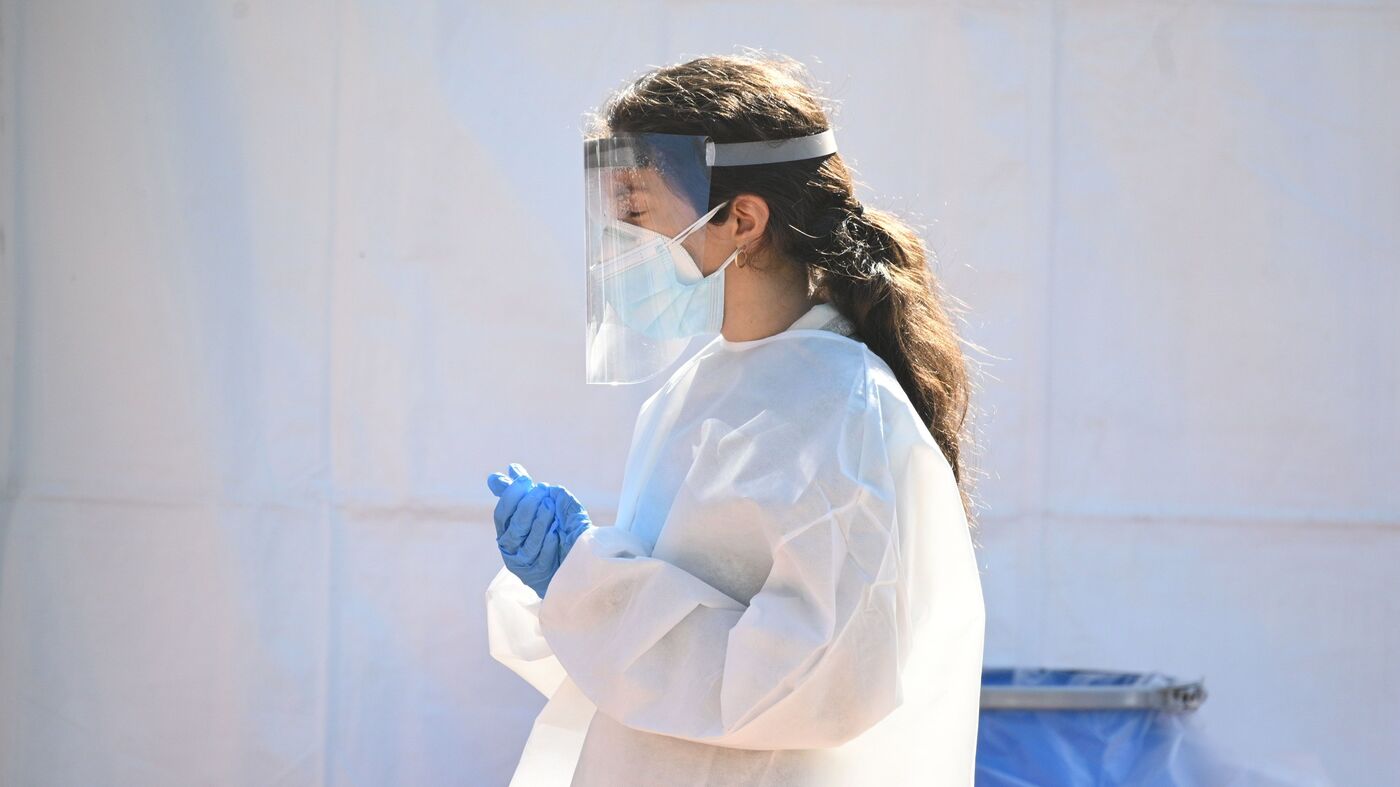 A health care worker is seen at a walk-up coronavirus testing site this week in San Fernando, Calif. 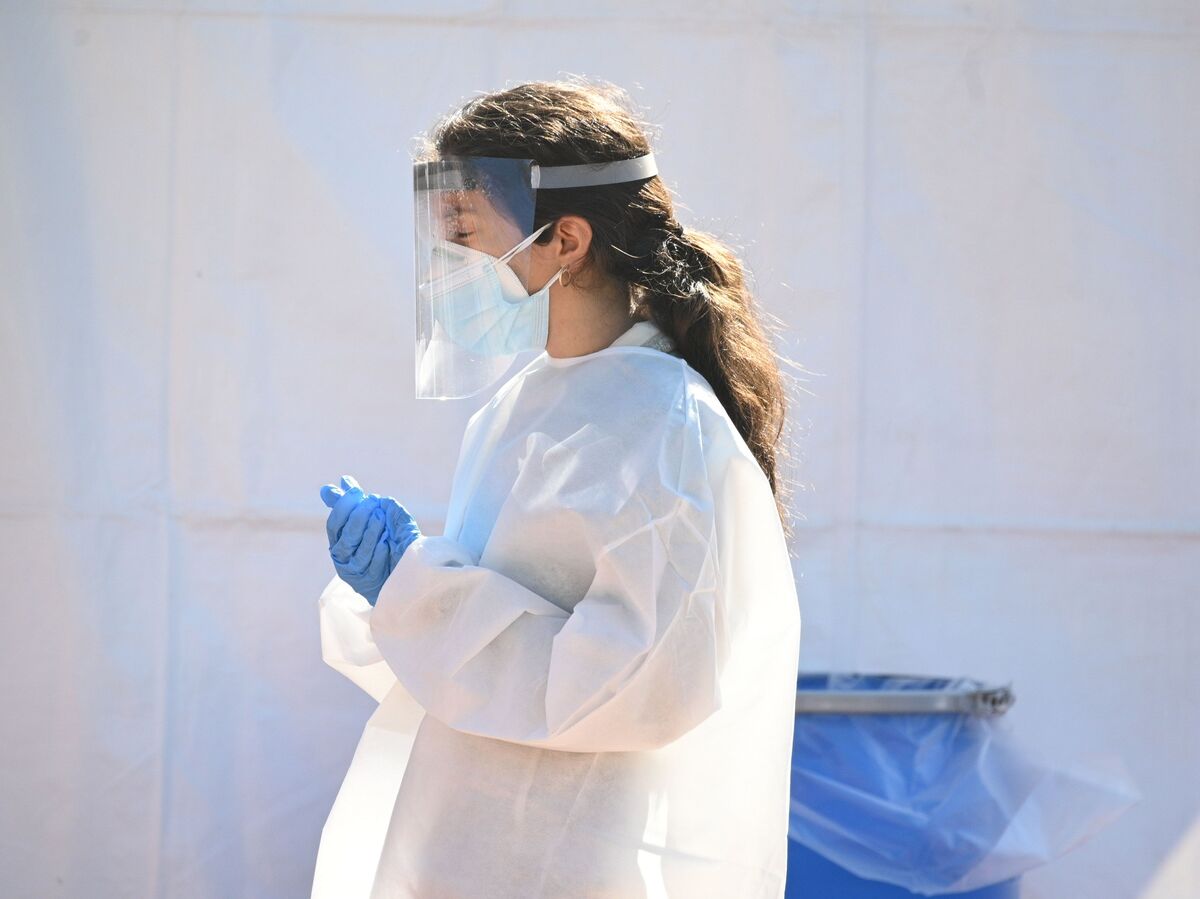 A health care worker is seen at a walk-up coronavirus testing site this week in San Fernando, Calif.

As COVID-19 cases continue to surge across the nation, Los Angeles County has announced a new stay-at-home order that places new restrictions on businesses and gatherings but does not ban them altogether.

Friday’s announcement came on a day when the number of new cases reached 205,000 nationwide — a figure believed to be higher, in part, due to delays in reporting caused by the Thanksgiving holiday. More than 4,500 of those cases were reported in Los Angeles County, along with 24 deaths.

The “safer at home” order — which takes effect Monday and runs through Dec. 20 — prohibits all public and private gatherings with individuals outside of a person’s household, with exceptions for faith-based services and protests because they are “constitutionally protected rights.” Residents are advised to stay home “as much as possible” but to wear a mask if they do go out.

“We know we are asking a lot from so many who have been sacrificing for months on end and we hope that L.A. County residents continue following Public Health safety measures that we know can slow the spread,” Dr. Barbara Ferrer, director of the Los Angeles County Department of Public Health, said in a statement. “Acting with collective urgency right now is essential if we want to put a stop to this surge.”

See Also:  Health | Do you hate mosquitoes? They, on the contrary, are likely to love you more and more

The order caps occupancy at nonessential retail stores, personal care services and libraries at 20%, while essential businesses such as grocery stores can operate at 35% maximum occupancy.

The order doesn’t change anything for schools or day camps, which will be allowed to remain open as long as they adhere to reopening protocols. If they experience an outbreak of three or more cases over a 14-day period, then they are required to close for two weeks.

The new order followed an announcement on Sunday that the county would be suspending outdoor dining at restaurants as Los Angeles experiences a continued increase of COVID-19 cases, hospitalizations and deaths.

The surge mirrors the trend across much of the rest of the country. In addition to the more than 200,000 new cases reported on Friday, more than 1,400 Americans died from the virus. The U.S. has now recorded more than 13 million cases and nearly 266,000 deaths, according to Johns Hopkins University.

Even with a potential vaccine becoming available for some Americans as early as December, experts worry that as the holiday season continues, it could lead to a dramatic rise in cases if people do not take proper precautions.

Last week, Pfizer and its partner, BioNTech, asked the Food and Drug Administration to grant an emergency use authorization for its COVID-19 vaccine — which has been found to be 95% effective. A second vaccine from the biotech company Modern is expected to be submitted for emergency authorization soon as well.

Those first vaccines, however, are only expected to be available on a limited basis for front-line health care workers and those most at risk, such as older people. According to Moncef Slaoui, the chief scientific adviser for Operation Warp Speed, while millions of people in the U.S. could be vaccinated in the coming weeks after an emergency use authorization, it will still take months before the country reaches herd immunity.