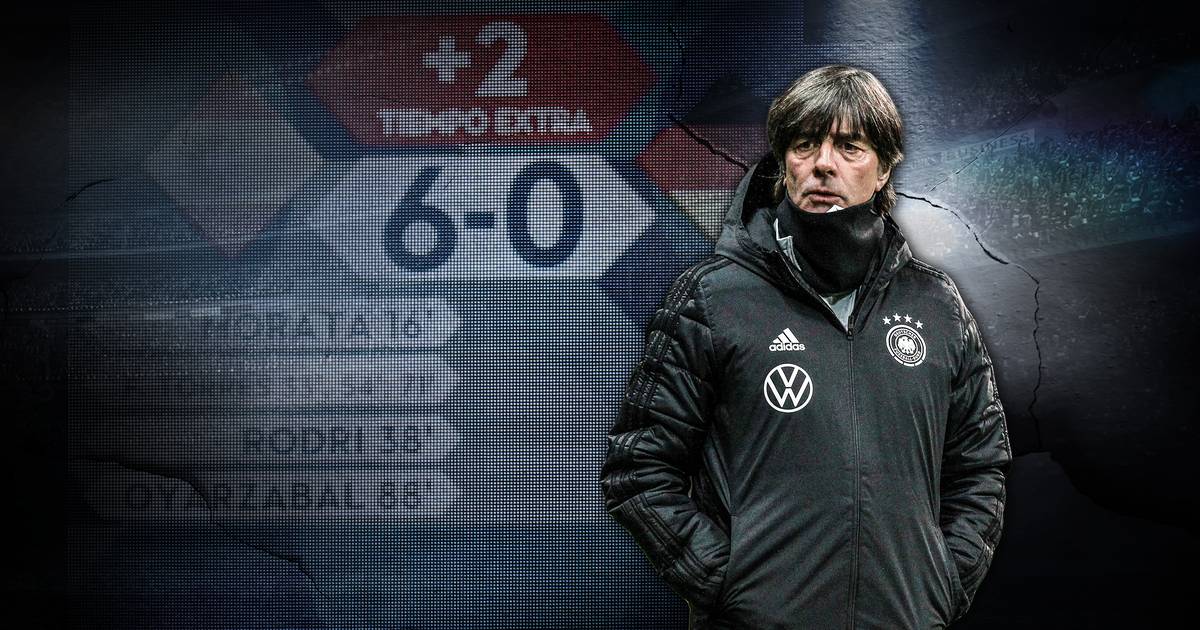 “You have to ask others if I have to worry about my job.”

Said Joachim Löw at the press conference after the 6-0 disgrace in Sevilla. After 14 years in office, the national coach is under criticism like never before. After the game, he attested to his team that they had no chance. For the bloodless appearance of his players, he struggled for the right words.

Football Germany demands consistencyin. But the result of several discussions since yesterday evening is after SPORT1-Info: The 6-0 debacle is being worked on internally. Löw will remain national coach until at least the EM 2021!

National team director Oliver Bierhoff, who at SPORT1 and in the DOES At the beginning of the week he himself had put latent pressure to succeed on Löw, Löw jumped aside immediately after the final whistle. “The trust in Löw is completely there. Absolutely. This game doesn’t change that,” he said in the ARD.

What would the alternatives have been? SPORT1 clears up.

Who could have fired Löw at all?

In simple terms: The decision to dismiss Löw or even Bierhoff lies in the hands of the Presidential Committee, whose head is DFB President Fritz Keller. Represented on the committee are, among others, Dr. Rainer Koch, Peter Peters, Christian Seifert and Philipp Lahm. Likewise, Secretary General Dr. Friedrich Curtius, who is responsible for the national coach’s contract. As director of the national team, Bierhoff has the right to propose appointments to the coaching position.

“Anyone who knows Jogi knows that even after successful tournaments he keeps asking himself whether he still has the strength and inspiration for this task,” said Bierhoff in the SPORT1-Interview.

Löw looked perplexed and dejected after the 0: 6. He looked almost rigid on the bench. One thing is clear: the national coach is not left with the ongoing criticism without a trace. Nevertheless, he always remains respectful and answers every critical question.

Löw has so far been determined to continue the upheaval and to accompany the team as national coach at the EM, which has been postponed by a year. Hardly anyone believes that he will fulfill his contract up to and including the World Cup in Qatar in 2022. Löw’s withdrawal in 2021 is obvious.

It becomes option 3: Löw can go on!

That is the result of several discussions since Tuesday evening. Above all, Löw has the support of Bierhoff, who wants to stand by his words, and DFB President Fritz Keller. After SPORT1-Information the DFB wants to officially announce its decision in the course of the day.

In addition, the question of the alternative would have arisen: Hansi Flick, Julian Nagelsmann and Jürgen Klopp are all under contract in clubs. Ralf Rangnick would be available and has to SPORT1-Information internally also advocate. As a revolutionary, it might not fit into the current DFB structures.

U21 coach Stefan Kuntz also has a wide range of supporters behind him, but then you would have to find a successor for Kuntz. New in the race as Löw’s successor is Thomas Tuchel, whose contract with Paris Saint-Germain will expire in 2021 and will probably not be extended.