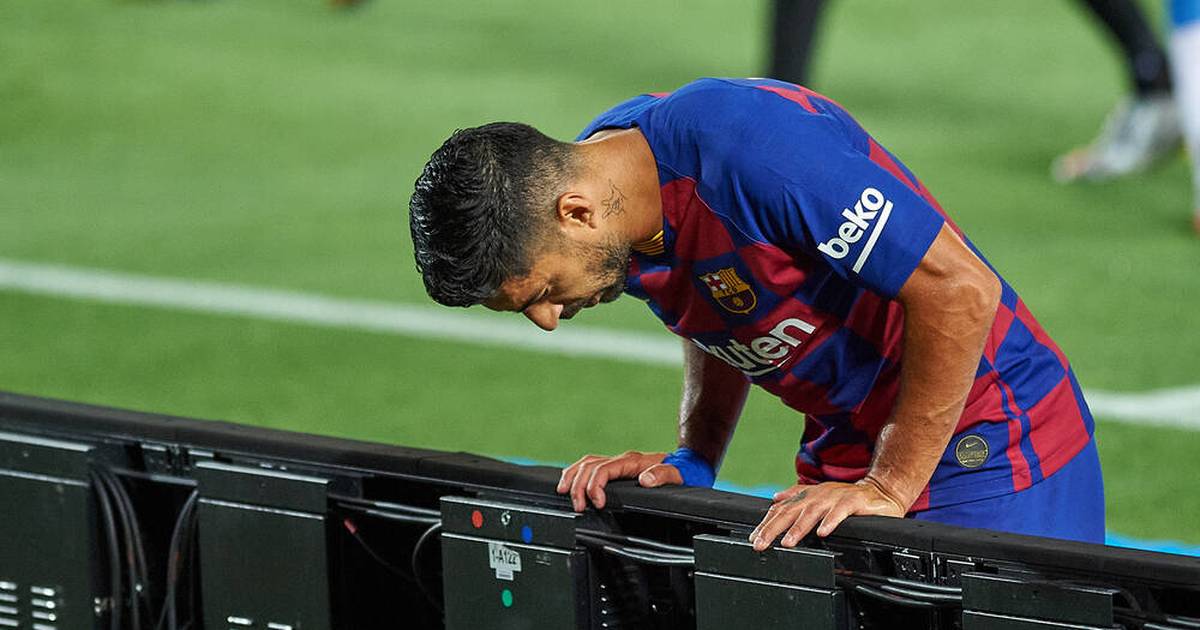 Luis Suárez was an integral part of the Barca storm for six years.

The Uruguayan scored an impressive 147 goals in 191 La Liga games during this period, and his standing could hardly have been higher over the years.

Although last season was not a good star, Suárez continued to show his class. Due to a knee operation and a calf injury, he missed ten league games, but still had 16 goals and eight assists in 28 appearances.

Even in the 2: 8 debacle against Bayern in the Champions League quarter-finals, Suárez managed a little highlight when he danced Jérôme Boateng on the second Barca goal and put the ball in the mesh.

With the failure of the Catalans, who ended a season without a title for the first time since 2014, things also got tight for the now 33-year-old. Because Quique Setién didn’t dare to make his announcements of upheaval at Barca true, Suárez was initially spared a demotion.

With the expulsion of the Spanish coach and Ronald Koeman’s enthronement, it quickly became clear that the time of the pistolero in Barcelona was up.

He still seemed to have hopes of remaining part of the Barca squad – albeit not with the same status.

“I want to stay as long as you count on me,” said Suárez, whose contract runs until June 2021. “I’ve felt the support of the fans since I arrived and that motivates me a lot. I would have no problem being a substitute next season.”

This hope, so much seems to be certain by now, will not come true. Under Koeman, who is driving a radical rejuvenation process, the goalscorer will no longer play a role – not even as a substitute player.

No chance under Ronald Koeman

In the first test match against Club Gimnàstic de Tarragona, the Dutch coach left him behind and did not nominate him for the second match against FC Girona.

It should not have tasted Suárez at all that he was dumped by Koeman in a disdainful phone call. He is no longer needed and can look for another club – so the short version of the conversation.

Not only with the deported attacker himself, but also with Lionel Messi, the harsh marching order was reportedly not well received – after all, the superstar had celebrated his greatest successes with his congenial strike partner.

Even the new Betis coach Manuel Pellegrini felt compelled to criticize his coaching colleague. “Personally, I don’t think that’s right,” said the Argentine. “When you work as a coach you have to have the conviction and the courage to speak to the player personally and tell him he is not going to play.”

No move to Juventus Turin

A few days ago it looked like there might be a way out for Suárez – one that lives up to his reputation as a star striker. Juventus Turin, who are looking for a successor for Gonzalo Higuain, had asked and had open ears from Suárez.

Because the Bianconeri had already exhausted their quota of non-EU foreigners, it quickly became clear that there was a catch: The Uruguayan, who is married to an Italian woman, had to apply for an Italian passport – and pass a language test.

According to RAC 1 the ID would not be available before October 6th, even if Suárez had passed the test. Too late for Juventus to report the striker for the group stage of the Champions League.

There should also have been contact with Atlético Madrid, but the astronomical salary of over 20 million euros proves to be too big an obstacle. Only the financially strongest clubs are able to handle a transfer of the Barca striker.

And so Luiz Suárez should get his remuneration from FC Barcelona for a while. However, when his colleagues are on the pitch, the Pistolero will only be sitting in the stands.