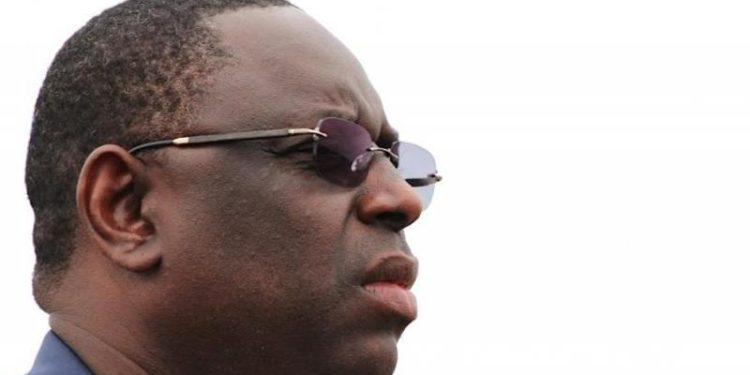 Control the media. This is the will expressed by the regime of Macky SALL which no longer even hides its disastrous designs. “The Head of State also stresses the need to ensure the quality of the programs broadcast on radio and television. These contents should strengthen social peace, national cohesion, the State Authority and the interests of Senegal ”, informed the press release sanctioning the meeting of the Council of Ministers on Wednesday February 3, 2021. Thus, after the sites of information which he calls for regulation, the leader of the RPA wants to invite himself into the newsrooms in order to monitor the programs broadcast on radio and television. This scandalously liberticidal decision, which should ring a revolt among journalists, however, aroused very few reactions for two fundamental reasons.

The first is that Macky SALL controls a large part of the press. Indeed, the leader of the RPA did not wait to be elected head of state to surround himself with journalists. Alioune FALL, Yakham MBAYE and Madiambal DIAGNE have publicly claimed their friendship with the opponent who had vigorously relied on them to distinguish themselves from other presidential candidates in 2012. Elected as head of state, he will continue to be accompanied by journalists and press bosses in various forms. This is how he will immediately appoint Youssou NDOUR Minister of Culture and Tourism in his very first government, led by Abdoul MBAYE. The leader of “Fekke Maci Bollé” is certainly not a journalist; but boss of Groupe Futurs Médias (GFM), he is of great use to the regime. A few months later, in November 2012, the late Babacar TOURE was appointed president of the National Audiovisual Regulatory Council (CNRA). Co-founder, in 1986, of Sud hebdo which became Sud Quotidien in 1993, Babacar TOURE was then boss of the Sud Communication group (Sud FM, Sud Quotidien, etc.). Before him, the journalists Aminata Angélique MANGA, Abou Abel THIAM, Racine TALLA and El Hadji KASSE already had their quarters at the Presidency of the Republic. What about Abdoulatif COULIBALY and Souleymane Jules DIOP that the former mayor of Fatick has removed any desire to criticize a regime? The businessmen Cheikh AMAR and Serigne MBOUP, who have also entered the press, have become, by the magic of the markets, close to the leader of the APR.

The other reason that explains the silence in the face of this manifest desire of the State to control the media is the freedom of speech which flouts the foundations and multiplies the abuses. In a previous column, devoted to a case like the one that is topical today, we wrote: “It is not corporatism that explains the reaction, sometimes epidermal, of certain journalists dissatisfied with the police custody of Adja Astou. Many defend it because its limits are also theirs. Because, in truth, this Astou is indefensible. One cannot, all the more so on a television set, express everything that crosses the mind, even beautifully made up. If not that the journalism schools are closed ”. It was then question of the Adja Astou affair, the name of the presenter of the 7Tv kept in sight for having made a bewildering statement. In this regard, we added: “In this case, it is the TV channel which is more to blame than the implicated party itself. If there should be sanctions, it is on 7TV that they should be imposed. A task devolved to the National Audiovisual Regulatory Council (CNRA) and not to the police or the gendarmerie. It is the press organ which is responsible for its presenters. And on this subject, it must also be said, in Senegal, beauty and generous shapes have become the selection criteria for presenters. Do not televisions organize castings at the end of which less beautiful but much more intelligent girls are left stranded? Series and shows are transformed into fashion shows featuring slender R girls and devilishly beautiful. From their mouths emanate all kinds of nonsense ”. With what some call WalfTv’s “Petit Dej affair”, this story is repeating itself.

If everything seems allowed in social networks, so-called classic media, it is expected seriousness and professionalism not to give the baton to be beaten. This is, unfortunately, what happened to the Wal Fadjri group, considered a school. Indeed, by laying serious accusations on a personality of the caliber of Youssou DOUR, it is necessary to have concrete arguments, able to convince a judge. To rely solely on the nonsense of a weather vane like Adama GAYE to indict a cat is to lose sight of the basics of journalism and to take sides. “Knowing the imminent end, atrocious, he (Macky) tries everything for everything, in particular by receiving, in secret, Bamba Ndiaye and Sidy Lamine Niass (who has merit for having launched a press group of debates). The two thieves, I am told, would be in Ndogou at the Palace ”. How many press organs have picked up this publication from Adama GAYE dated May 24, 2018? Many of them apologized when, on May 30, 2018, the same schizophrenic, belly down, posted another text, an apology this time, titled: “Oh, Sidy, Why? », Alluding to a complaint then brandished by the founder of the Wal Fadjri group.

Telling anything about anyone without the slightest verification is within the reach of everyone and gives grain to grind Macky SALL’s regime. When the truth prevails, professionalism is the law.