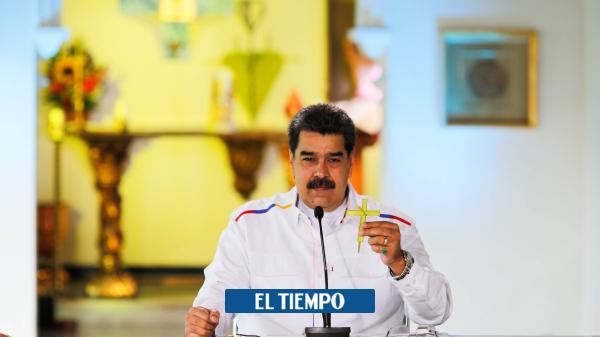 The Venezuelan President, Nicolás Maduro, assured this Wednesday that “they are stealing” the gold that your country has deposited with the Bank of England in what he described as “21st century piracy”.

“They are stealing the gold reserves of Venezuela, which belong to the Central Bank of Venezuela, they do not belong to the Government, they belong to an autonomous institute (…) More than 2,000 million dollars in gold, the gold bars deposited in the Bank of England, “said Maduro in a government act.

(In other news: The reaction of the Chavista regime after criticism of the Church)

The British Supreme Court said on Wednesday that it will rule “as soon as possible” on the case of access to Venezuela’s gold deposited in England, whose authority is claimed by both the Administration of Venezuelan President Nicolás Maduro, and the parallel team of opposition leader Juan Guaidó.

At the end of a three-day trial in London, the five judges of the highest court in the United Kingdom admitted that it will take “some time” to examine the complex arguments raised by the respective lawyers, who today concluded their allegations.

The Supreme Court, which analyzed an appeal by Guaidó against a previous unfavorable opinion, must determine who the British Executive really considers to be the ruler for all purposes in Venezuela, whose board of the Central Bank of Venezuela (BCV) would in principle have authority over gold.

If it finally concludes, based on English jurisprudence – and not only on what the London Executive says – that the leader is Guaidó, it will have to clarify whether the British Justice should accept his political appointments (including the board). ), despite the fact that they have been invalidated by the Supreme Court of Caracas.

In this regard, Maduro assured that international sanctions “persecution” and “the theft of assets abroad” have hurt the country and stressed that those assets “say they belong to a government that does not exist in Venezuela.”
“They invent a government of Narnia, of fantasy to steal our companies, money, accounts and to steal Venezuela’s gold,” the president said without mentioning Guaidó.

Finally, he considered that it is a case of “21st century piracy because that money is from Venezuela.” “That gold belongs to Venezuelans and, specifically, to the Central Bank of Venezuela, they are the country’s reserves,” he concluded.