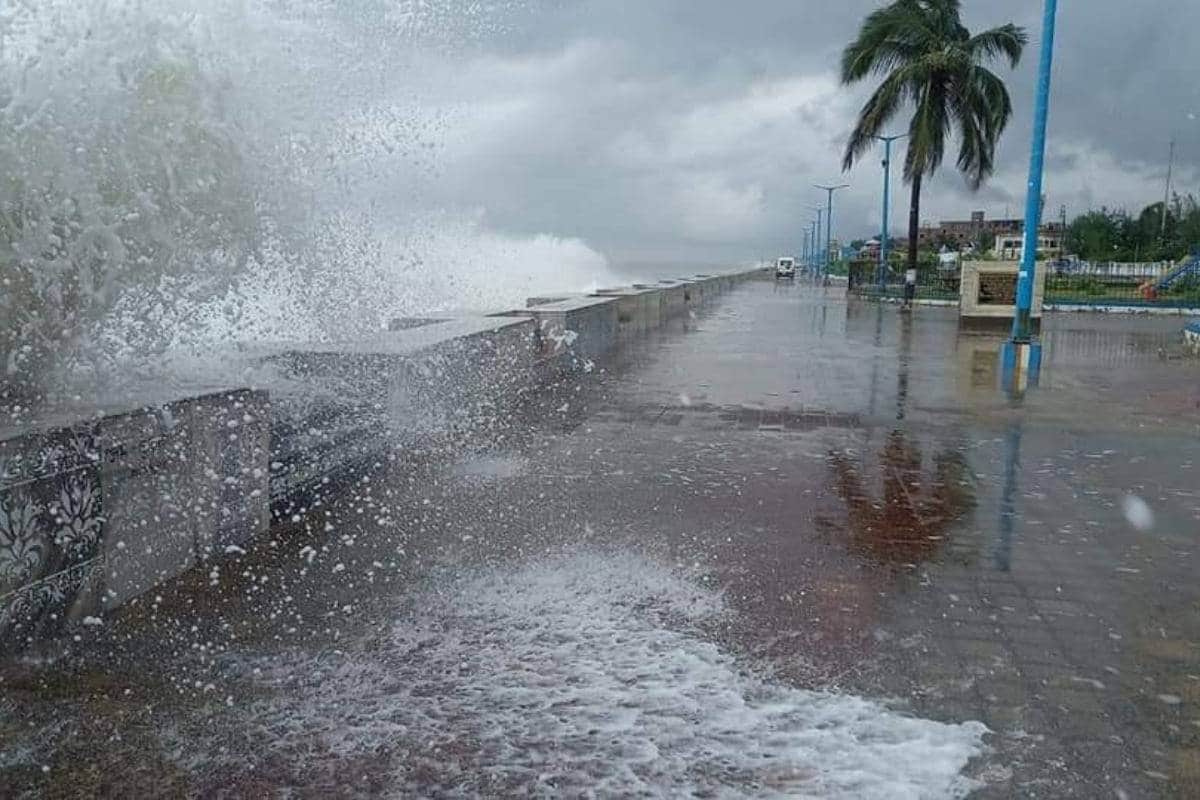 The Odisha airport was closed last night following a hurricane warning. The Kolkata airport will also be closed from this morning till 7.30 pm

Following the formation of Hurricane Yas in the Bay of Bengal. Caution issued on Odisha-West Bengal coast According to the latest information, it is currently 85 km east-southeast of Dhamra, 90 km east of Paradip (Odisha), 140 km south-east of Balasore (Odisha) and 130 km from Diga (West Bengal). The hurricane is located in the southern part.

The cyclone is expected to make landfall near Dhamra port on the northern coast of Odisha on the morning of May 26, according to the Central Meteorological Department. The epicenter was reported below the Pacific Ocean floor, however; no tsunami alert was issued. Winds could reach 185 kilometers per hour.

In the wake of the cyclone, fishing has been banned in the Bay of Bengal and along the coasts of Andhra Pradesh-Odisha-West Bengal-Bangladesh. Fishermen currently engaged in deep sea fishing in these areas have been directed to return to shore immediately.

All states that are likely to be affected by the hurricane are on high alert. West Bengal Chief Minister Mamata Banerjee and Odisha Chief Minister Naveen Patnaik have said they are fully prepared to face any situation. The National Disaster Response Force has also deployed teams to deal with any emergency.

The Odisha airport was closed last night following a hurricane warning. The Kolkata airport will also be closed from this morning till 7.30 pm. Nine lakh people were evacuated in Bengal and two lakh in Odisha. . Andhra Pradesh Chief Minister YS Jaitley has directed the people of the coastal districts of Andhra Pradesh to remain vigilant. Jaganmohan Reddy directed the collectors. Bihar Chief Minister Nitish Kumar has also directed the state government to be ready for emergencies in the state.

Kerala is not on the expected trajectory of low pressure. However, isolated heavy rains are expected in Kerala. Yellow alerts have also been issued in various districts in connection with the formation of low pressure. The yellow alert is in Kollam, Pathanamthitta, Alappuzha, Kottayam, Ernakulam, Idukki, Palakkad and Kozhikode districts.