KUALA LUMPUR (Reuters) – Malaysia does not want palm oil spit to escalate with India for the time being by speaking of retaliation, two government sources said Thursday after the Prime Minister’s media adviser called for stricter regulations for Indian expatriates and products.

Malaysia, with a Muslim majority, is instead using diplomacy to quell India’s anger at Prime Minister Mahathir Mohamad, who speaks out against two recent Indian domestic policies that critics claim to discriminate against in the mainly Hindu country.

India, the world’s largest consumer of edible oils, had imposed restrictions on imports of refined palm oil last week and informally urged traders to stop importing all types of palm oil from Malaysia. Sources said the steps were in retaliation for Mahathir’s criticism of India, which would affect the autonomy of the mostly Muslim cashmere and a new religion-based citizenship law.

The move is likely to cause serious injury to Malaysia as it is the second largest palm oil producer and exporter in the world after Indonesia and India has been the largest market for five years.

Indian Trade Minister Piyush Goyal said Thursday that New Delhi had not imposed any restrictions on imports from Malaysia and that the government was not considering any restrictions. However, he added without pointing out that if India imposed curbs it would apply uniformly to all countries.

One of the sources – both refused to be named because they were not authorized to speak to the media – the Malaysian palm oil minister told her cabinet colleagues on Wednesday that her efforts to resolve the issue of talks with the Indian were on the move Industry and government officials would turn.

“It has to be discussed separately from the political issues,” said the official, stressing that Malaysia views this primarily as a trade issue, not a retaliation measure.

Malaysia’s exports to India were $ 10.8 billion in the fiscal year ended March 31, while imports were $ 6.4 billion.

India is the seventh largest market for all Malaysian exports, while Malaysia is the 17th largest import country for India.

A. Kadir Jasin, Mahathir’s media consultant, said in a Facebook post Tuesday that Malaysia should respond to India by tightening regulations for Indian expatriates and workers and for Indian products imported from Malaysia.

“If India or other countries want to boycott our products in retaliation, we should also rethink our stance on them,” he said.

In June 2019, a total of 117,733 Indians were registered as foreign workers in Malaysia, representing almost 6% of the total foreign worker in the country.

However, Malaysia is unlikely to escalate unless the Modi Hindu nationalist government extends its trade restrictions to other products, the second source said.

“In my experience, mode nationalism can be mitigated by pragmatism,” the source says. 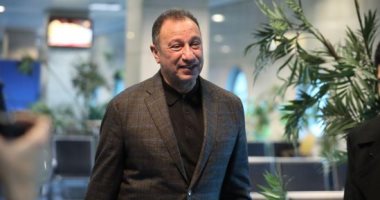