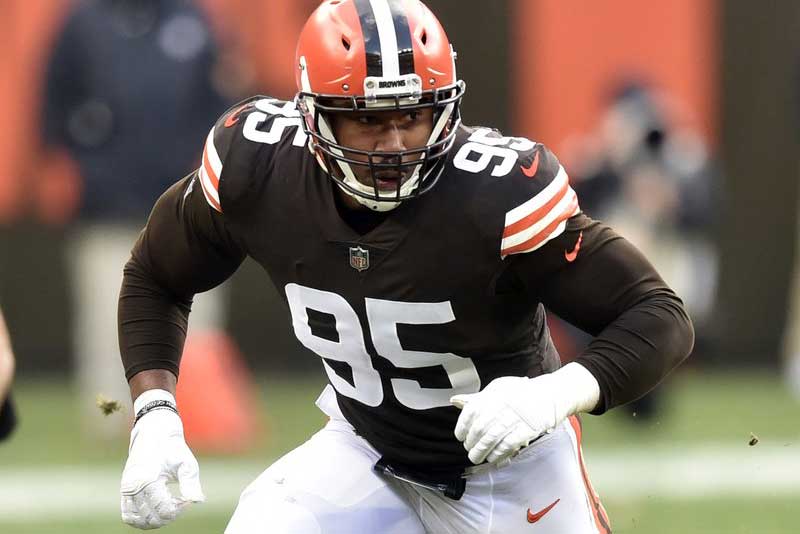 Author of 4.5 sacks Sunday against the Bears, Myles Garrett is on his way to Canton according to his teammate.

There are few superlatives for the performance of Myles Garrett (DE, Browns) this Sunday against the Bears. The defensive lineman has accumulated no less than 4.5 sacks, 7 tackles including 4 for a loss in a game where the Chicago attack was completely annihilated. His efforts earned him the AFC Defensive Player of the Week title, but also flattering remarks from teammates, especially his lineman. Malik Jackson (DT, Browns).

Asked about the meeting last Friday when Garrett taunted his teammates by asking them to mobilize when he was targeted by two opposing blockers, Jackson was ecstatic.

“It’s great when a young player like Myles doing this, who is already a great Hall of Famer, when it’s only his fifth season,” Jackson said at a press conference.

Jackson then continued on the leadership qualities of the first choice of the 2017 draft, yet much less experienced than him.

“He does amazing stuff, but when he can pull the group together and sting us because he thinks we can do something, I think it’s watching him grow in his role as leader, as captain, and I think that he’s doing an amazing job ”concluded the 2017 Pro Bowler.