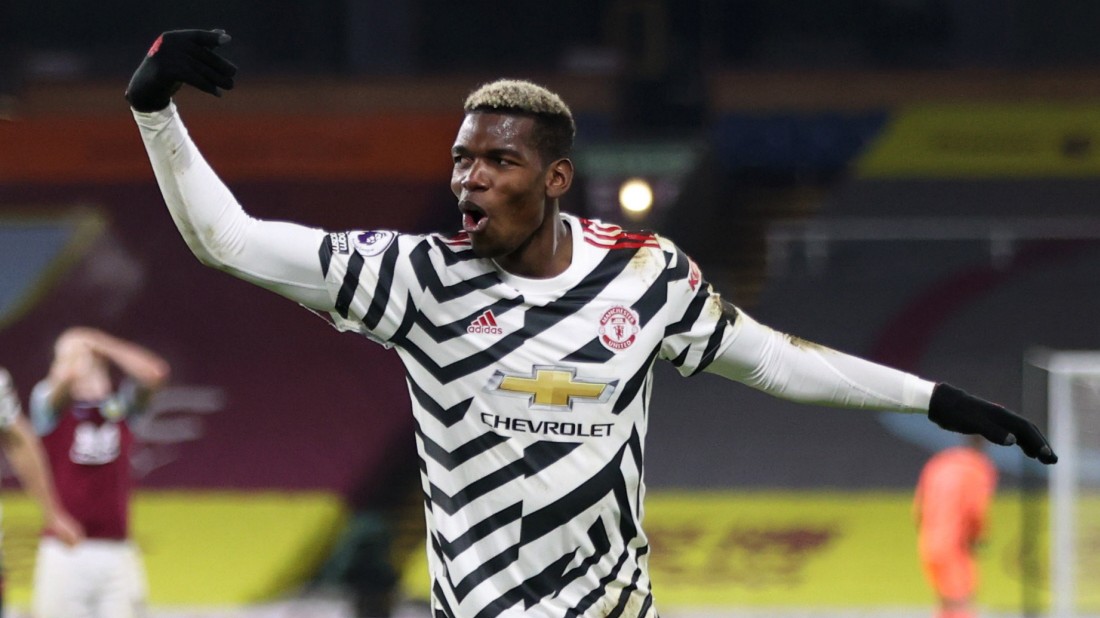 Paul Pogba shook the goal celebration from his sleeve. After his winning goal for Manchester United in Burnley (1-0), the French world champion and teammate Eric Bailly stepped aside and held out his hand. The rehearsed dance act was reminiscent of the handshake of the former United greats Ryan Giggs and Paul Ince, who had established the greeting in the championship years 1993 and 1994.

These two titles were the first under coaching legend Sir Alex Ferguson. They ushered in a decade of hegemony in which United was at the top in England in an incredible eight of eleven league years. After a final triumph in 2013, Ferguson retired with 13 championships in 26 years. After that, United had actually replaced Liverpool FC, which initially appeared unassailable (18 triumphs at the time) with 20 league titles, as record champions. “My biggest challenge was knocking Liverpool off the bloody throne,” Ferguson once said – and emphasized that he could be cited exactly that way.

After his departure, seven agonizing years have passed for the successful Manchester United, in which the club was only in first place on a measly seven out of 254 game days in the Premier League, each in the first weeks of the season. With the 1-0 win at Burnley FC, United have now regained the lead in the standings after 1207 days. For the first time after 17 match days – of all things, before arch-rivals Liverpool, who were tied on points.

The mass newspaper hated in Liverpool wrote in bold letters Sun: “Manchester United oust Liverpool from the throne … – at least for five days.” The “Battle of Titans”, the biggest game of island football, in which Liverpool could overtake with a win against United, is already taking place in Anfield this Sunday. And as if this exchange of blows between the two titans, who now split 39 championships between themselves after Liverpool’s previous season title (20:19 for United), were not explosive enough, there is a reunion a week later: this time at Old Trafford, for the fourth Round in the FA Cup.

READ  Tokyo Olympics: how will athletes manage the postponement of the competition?

Immediately after the win against Burnley, Pogba, still the most expensive entry in league history and finally the best player on the field, rejoiced that the “big moment” had now been reached. Even the rarely-seen United coach Ole Gunnar Solskjaer said he was in a “brilliant position” and “ready and hungry”. United have now been unbeaten away in 15 league games, the last defeat to date was just a 2-0 defeat in Liverpool just under a year ago. Liverpool coach Jürgen Klopp recently teased the first scent mark for the top game when he teased that he had received fewer penalties in his five and a half years with LFC than United in two seasons with Solskjaer. Klopp said he had “no idea” how that could be. Solskjaer countered that he would “not spend any time” counting the opponents’ penalties.

Most recently, the United Red Devils won in 2016 with a goal from Wayne Rooney at the Reds in Liverpool, coached by a certain Louis van Gaal. Currently, after a poor start to the season, Manchester has used Liverpool’s weakness (three times in a row without a win) to claim title with an intermediate sprint with 29 points from eleven games. Out of necessity, Solskjaer formed a cadre in the course of his term of office, which the best personal ideas of his predecessors José Mourinho (Bailly, Pogba, Lindelöf, Matic, Fred) and van Gaal (Rashford, Martial, Shaw) with their own ideas (Fernandes, Maguire , Wan-Bissaka, Cavani) linked. Especially in this tightly timed season, United benefit from its economic style of play, the lush staff and several exceptional players whose skills often decide tight games – like Pogba with his volley goal (71st minute) in Burnley.

Solskjaer gained acceptance and support in the team primarily through diplomacy. In contrast to his controversial predecessors Mourinho and van Gaal, the discreet Norwegian hardly expresses any public criticism of players and always tries to achieve reconciliation. This season he did not drop ailing goalkeeper David de Gea or captain Harry Maguire when he was sentenced to probation after a brawl while on summer vacation in Mykonos.

The same applies to Pogba, whose advisor Mino Raiola tried to drive a wedge between his clients and the club in December – and who now also ignored the requirements of the Premier League with his handshake cheers. League boss Richard Masters urged the clubs to avoid any “handshaking, clapping and hugging” on the field in the future. It is feared that the games will stop again because of the galloping pandemic. “We have to understand when the players are happy,” said Solskjaer, as usual indulgent about the incident with Pogba, “but also the concern about less emotions.”

Through his example of team spirit, Solskjaer created a dynamic in the club that even helped to survive the qualifying round in the Champions League group with Leipzig and Paris. In order to put the industry giant United back upright in the football landscape, Solskjaer is still missing a convincing success. Four lost cup semi-finals recently showed that the self-image of the club is halfway, but not yet fully restored. But the return to its former glory could be achieved just in time so as not to lose the status of sole record champions.