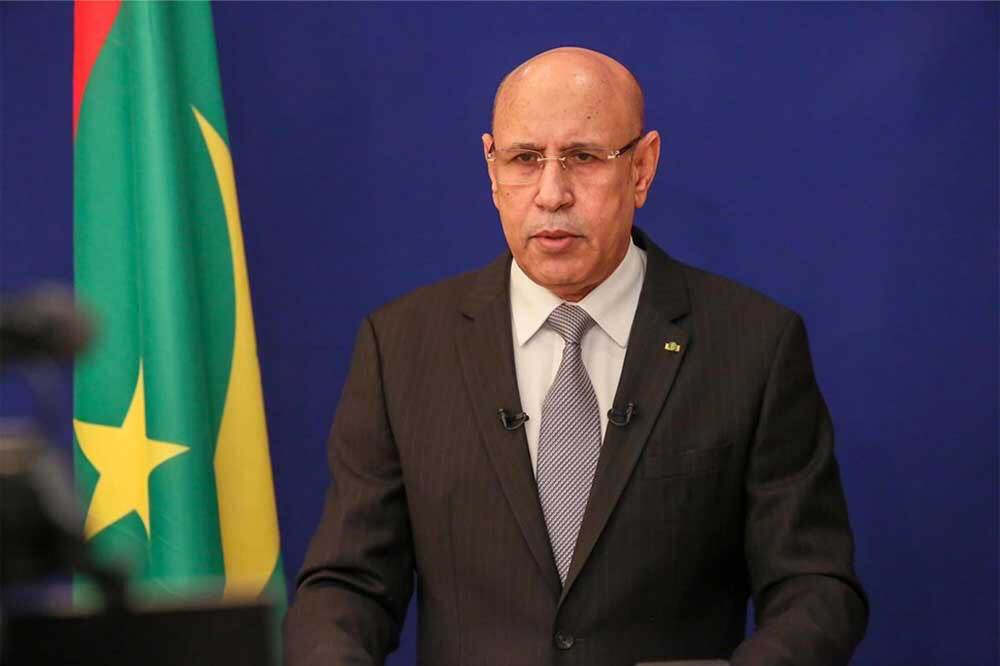 The Mauritanian president has once again defended his country’s “positive neutral position” on the question of Western Sahara. It allows Mauritania to bring the parties together, explained Mohamed Cheikh Ould El Ghazouani in an interview published in the weekly Jeune Afrique.

The Head of State attributed the quality of the links with Morocco and Algeria to the adoption by Nouakchott of this “positive neutrality”. Ould El Ghazouni thus described the relationship with the kingdom as exemplary, noting that he has met on several occasions with the king of Morocco, and exchanged with him an invitation to mutual visits.

The president also defended his regular talks with members of the Polisario leadership, affirming that they are in line with the same political line followed by Mauritania “since its exit from the conflict”. It thus refers to the agreement of Algiers of August 5, 1979 between the Mauritania of Khouna Ould Haidallah, then head of the Military Council for National Salvation, and the Polisario, having sealed the withdrawal of Nouakchott from the Madrid agreements of November 14, 1976. Ould El Ghazouani said he wished to maintain good relations with all “the parties ”involved in the Western Sahara dispute.

This is not the first time that the Mauritanian president has spoken out in favor of this approach. In March 2020, he had specified that the position of his government on the Sahara issue “has not changed and will not change, because it is one of the principles of the country’s foreign policy, regardless of the leader or progress of the case ”. While recalling that Nouakchott has recognized the “Sahrawi Arab Democratic Republic” since 1984, he defended the “positive neutrality” observed by his country vis-à-vis the territorial dispute.

On November 7, 2019, in a press statement, his Minister for Foreign Affairs, Ismail Old Cheikh, had reiterated the “neutrality” of his country on this issue. “We are active and concerned” by this conflict “but do not support any party”.