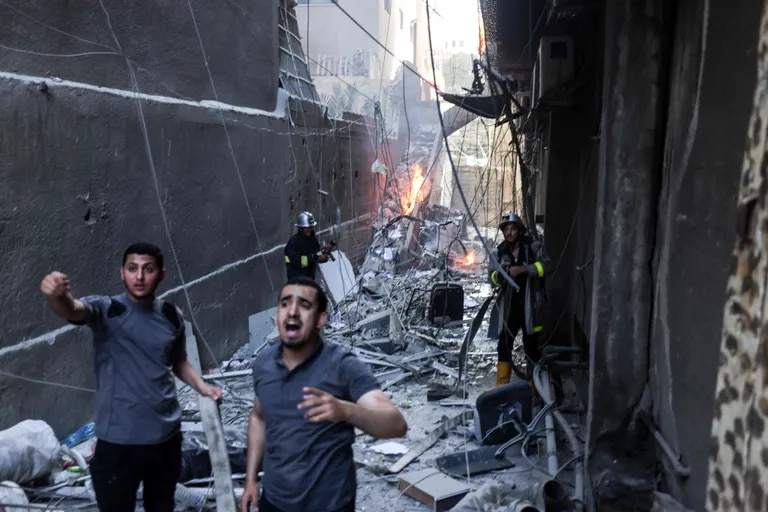 GAZA CITY.- In an operation that raised the alert to the maximum in the Middle East, the israeli army reported this Friday that he launched attacks in the Gaza Strip against targets of the Islamic Jihad terrorist organization that left at least 15 deadfaced with fears of reprisals from the Palestinian enclave for the arrest earlier this week of the leader of an armed group.

Shortly after the start of the attack, Islamic Jihad announced the death of one of its leaders, identified as Tayseer al-Jabari, who was the successor of Baha Abu al-Ata, who died in November 2019. That operation caused two days of clashes between the Israeli Army and Islamic Jihad, which left at least 34 members of the terrorist group dead and 111 wounded.

“The Islamic Jihad movement in Palestine and its military wing of the al-Quds Brigade mourn the death of the great jihadist commander Tayseer al-Jabari (Abu Mahmud), killed in a Zionist assassination in Gaza City,” a statement said. of the group.

In response and as the Israeli government had anticipated, Gaza began firing rockets in the Lachish area, near Ashkelon, and in southern Israeli cities.where the sirens were heard, according to the newspaper The Times of Israel.

The Palestinian Ministry of Health reported that so far 15 dead – including Al-Jabari and a 5-year-old girl – and at least 40 wounded for the Israeli attack.

In a first response to the IDF attacks, Islamic Jihad said that “the enemy has started a war against our people.” Its leader, Ziad al-Nakhalah, warned: “We are heading into battle, and there is no respite after this airstrike. The results of this war will be in favor of the Palestinian people. The enemy must expect a battle, not a truce.”

Israeli forces “are currently attacking the Gaza Strip” with Operation Dawn, the Army had reported in a statement. Witnesses and Palestinian security sources told news agencies of several attacks, including one in central Gaza City. Later, Army spokesman Richard Hecht warned that the operation “is not over yet.”

In the same statement, the Israeli Army declares a call “special situation” on the domestic combat front, without giving further details.

The Israel Defense Forces (IDF) alerted residents up to 80 kilometers from the border with the Gaza Strip, including Tel Aviv, that there is a risk of rocket fire.

The official Palestinian news agency Wafa confirmed the beginning of the attacks, which have reached, among other targets, the Palestine Tower building in the Gazan neighborhood of Rimal.

The bombings this Friday came after a raid carried out on Monday by Israeli forces in a refugee camp in Jenin that resulted in the death of a Palestinian teenager and the arrest of Basam Saadi, a senior member of the Islamic Jihad, and his son-in-law Ashraf al-Jada. The organization promised retaliation after the operation.

This morning, Israeli Defense Minister Benny Gantz visited the IDF Southern Command, following heightened tension along the border with the Gaza Strip for the fourth day in a row, over fears of an attack by the Islamic Jihad. The minister had warned that the threat posed by the terror group would be addressed.

The batteries of the Iron Dome system were deployed throughout the south and center of the country before the launch of missiles against the Palestinian enclave.

Following the attack, Israel closed all Gaza crossings and some nearby routes for fear of retaliatory attacks by the Islamic Jihad group, which has a stronghold in Gaza.

Hamas spokesman Fauzi Barhum said Friday that Israel “has committed a new crime” after initiating a bombing operation against targets of the Islamic Jihad organization in the Gaza Strip. He also indicated in a statement that Israel “You must pay the price and take full responsibility,” while stressing that “the resistance, with all its military weapons and factions, are united in this battle.”

On the other hand, the spokesman for Al-Fatah, Munther al-Hayek, denounced that the bombing of the Gaza Strip, as well as “attacking and intimidating unarmed civilians, is a new crime that adds to the crimes committed by the forces of Israeli occupation” against the Palestinian people. In this regard, he called on the international community and mediators to “immediately intervene to prevent the occupation from committing massacres,” according to a group statement published by the WAFA agency.