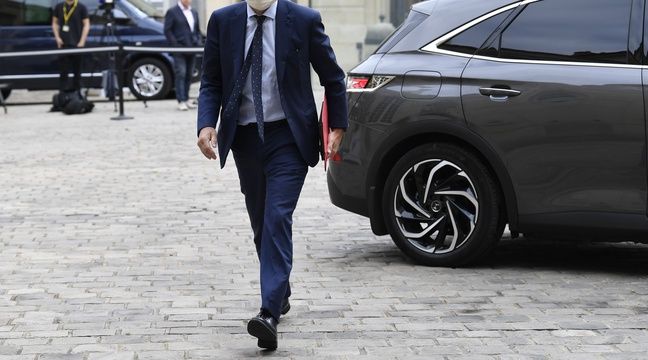 For the president of Medef, Geoffroy Roux de Bézieux, the pension reform must be a subject of debate during the next presidential election in 2022, he said on Wednesday, considering a deindexation of pensions from inflation and a raising of the starting age to 64 years.

“To carry out this reform, you need political capital. Time has passed since 2017. For me, it is a presidential debate, all the candidates must take a position, ”said Geoffroy Roux de Bézieux.to Echoes, while Emmanuel Macron put back on the table the possibility of relaunching this socially explosive project.

“It’s the only social reform that affects everyone. It therefore needs democratic legitimacy. On the other hand, it will be necessary to act as of September 2022, without waiting “, again pleaded the boss of the bosses, who said not to want” of reform-patch in three months, otherwise it will be necessary to come back to it after the presidential election and the French do not will understand nothing ”. Faced with the deficit of the pension system, ultimately smaller than expected after the health crisis, but for which the financing requirement amounts to between 7 and 10 billion euros per year, Geoffroy Roux de Bézieux is considering three options for a return to work. financial balance.

The first is “the increase in contributions but, there, it is the job that will drink,” he warned on RMC. The second is “the deindexation of pensions. I do not think it is absurd that, while retirees have been protected during this crisis and that it is rather the young people who have toasted, we are asking them for a temporary effort. It also depends on inflation, ”he added. “And then there is the age” of retirement, said the president of Medef, adding that “it was probably 64 years”.

At the beginning of June, the head of state fueled speculation by reaffirming that he will have to make “difficult” decisions so that the last year of the five-year term is “useful”. On the issue of pensions, he stressed that “nothing was excluded”, but that the “very ambitious” reform – even if “carrying concerns” – which was on track before being mowed down by the crisis of the Covid, could not be “taken back as is”.

In the process, the unions warned the government against adopting a pension reform before 2022. “It’s just madness”, thus estimated the secretary general of the CFDT Laurent Berger, while his counterpart of the CGT Philippe Martinez considered that it would be “a mistake”. “The reform of unemployment insurance is more urgent than that of pensions”, for his part pleaded Geoffroy Roux de Bézieux in The echoes. “Among the difficulties of the recovery, there is recruitment. “

Rather than pensions, “the heart of our mobilization today […], it is the question of work, ”added government spokesman Gabriel Attal at the end of the Council of Ministers during which Emmanuel Macron also raised the subject of pensions. “The president recalled that it was necessary to look at things calmly and tell the truth to our fellow citizens,” said Gabriel Attal, referring to future exchanges with the social partners but without a precise timetable.

“We will continue to move forward, without evading, but without rushing,” said the spokesperson, recalling “the issue of financing our system”. An adviser to the Head of State believes that “on pensions, we must go, people agree to the disappearance of special schemes and we must work more.”