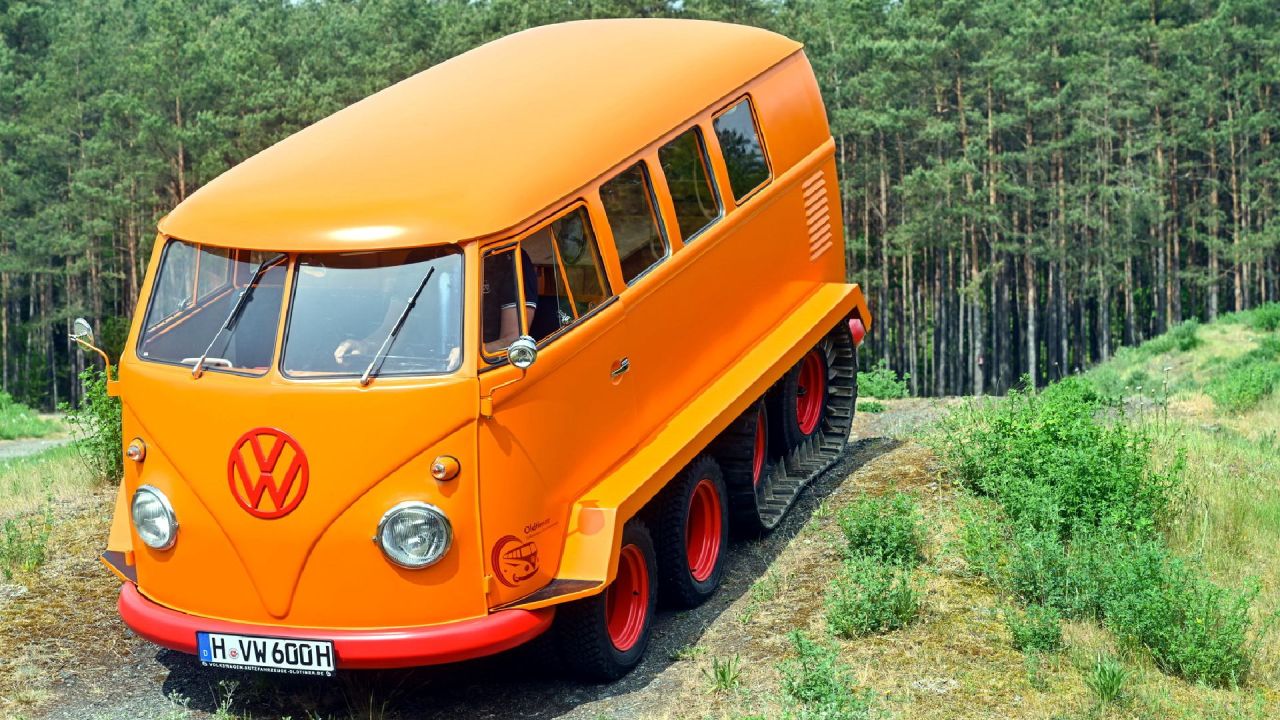 One of the historical successes of Volkswagen is the Kombi, a model that even today has re-emerged as the ID.Buzz a completely futuristic vehicle that will be one of the most coveted of this decade.

Nevertheless, in the past it had countless versions, added to several highly valued transformations in the market. One of them was the Half-Track Foxit is a development carried out by the mechanic Kurt Ketzner in 1962 to give life to a Kombi prepared to cross any type of terrain.

The creator saw great potential in the T1 base and that was how added two more axles to the vehicle so that it has eight wheels in total (13-inch rear and 18-inch front). In turn, the rear four incorporated tank tracks to move especially in snowy places, designed by Ketzner.

As Carscoops well revealed, the model added a limited slip differentialwhile the engine remained unchanged with a four-cylinder 1.2 liters and 33 CV, added to a maximum speed of 35 km/h.

Ketzner manufactured two units and was developing a third when it was forced to end production.. Even so, the latter was acquired by the Porsche Museum in 1990 and after that it was bought by the “Kombis” collecting society, Bullikartel.

In 2005 they tried to restore this model, but ultimately failed. In 2018, Volkswagen’s commercial vehicle business division acquired this Fox Half-Track unitto restore it permanently. Next, look how it turned out.


Volkswagen publishes a new trailer for the next Amarok

Ford adds engineers in the region, is a new model coming?

The dressing that smoothes and refreshes