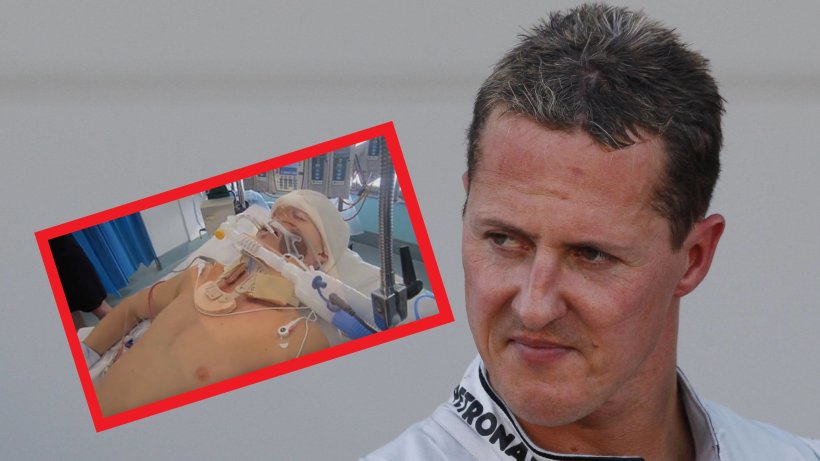 It’s a huge shock for fans of Michael sSchumacher,

For years they have been waiting eagerly for a sign of life from their great motorsport hero. The bad skiing accident from Michael sSchumacher has been more than six years ago.

After a short time in the hospital, Michael Schumacher then returned to his family in Switzerland. Since then he has been in medical rehab.

Day after day, fans around the world look hopefully at the news in anticipation of being informed about Schumi’s health. But Michael Schumacher’s family keeps information strictly under lock and key.

Particularly annoying for the many loyal fans: tasteless videos keep appearing on the Internet that pretend to the viewer that they document Michael Schumacher’s alleged suffering.

First, a lavishly produced video made the round, which wanted to give the impression that it was the official trailer for the documentary film about Michael Schumacher, which is due to be released in cinemas at the end of this year. Images appeared in the clip, suggesting that one saw Michael Schumacher in his skiing accident and in a wheelchair.

The fans were furious. And as soon as the excitement has subsided, the next disturbing clip starts circulating. This video is intended to document the development of Michael Schumacher’s external appearance since childhood.

The last two pictures in the video show an unconscious man connected to a ventilator and a photo of Michael Schumacher, which was obviously processed with the FaceApp aging tool.

This video is about:

The video already has more than 800,000 views. For fans, the clip can hardly be beaten in terms of taste. They attacked the producer with bad accusations.

More than a hundred comments gathered under the video. We have collected some:

The fans miss Michael Schumacher very much. Ferrari fans in particular regularly think back on the successful time they had with their star driver. From 2000 to 2004 Michael Schumacher had won five world titles in a row for Scuderia. Subsequently, only Kimi Raikkonen succeeded in Ferrari in 2008. Since then, the “Reds” have been waiting for another title.

In the past six years, the world championship title went to Mercedes. The silver arrows usually drove their competitors miles away. In the previous year, the competition against Mercedes was powerless. Lewis Hamilton confidently clinched his sixth world title.

This year Ferrari actually wanted to fight for the world title again after Scuderia had a plague season in 2019. But the 2020 season also starts anything but for Ferrari. Ferrari had major technical problems during the first tests. Sebastian Vettel was also absent due to illness.

The bad thing: The Ferrari team boss is already waving the white flag for the first races of the season. Mattia Binotto said after the test drives in Barcelona: “I am nowhere near as confident as last year. We are very worried. Because the others are significantly faster than we are. And we are not as fast as we would like to be. “