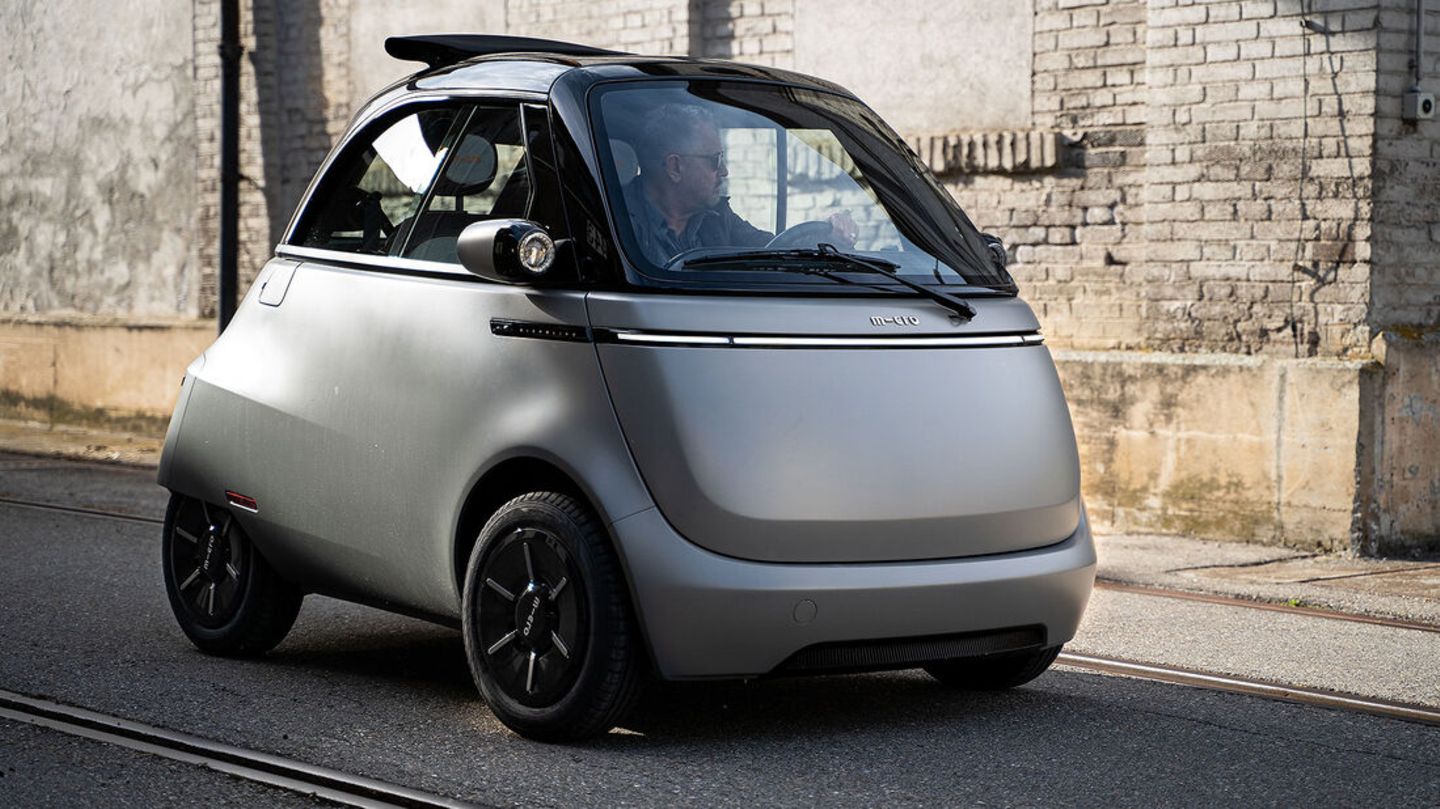 Finding a parking space is fun with the Microlino, and the little car from Switzerland is due to go into production this year. Unfortunately, it’s not as cheap as its Chinese counterpart.

After five years of development, the small vehicle is expected to hit the market in 2021. The launch was originally planned for 2016, but the microcar has been completely redesigned. There was also a dispute with the production partner. We have now reached the third generation of prototypes. The effort was worth it, the Microlino is small, but the new design has grown up.

Like the Isetta in the past, the micro-car has no side doors; the front is opened. The light comes from striking LED strips and from free-standing spotlights in the shape of a turbine. The interior has been completely redesigned, plus there is a folding roof. The open roof should be standard in the premium versions of the small car. Is optionally available for the basic models. It should be able to be operated with one hand while driving.

Era of the cabin scooter

The cart is opened with a lock, then the front door pops open and can be opened. A loop is used to pull the door shut from the inside. The vehicle only has two displays. One serves as a digital instrument cluster and is located in front of the steering wheel at the top of the column, while another, smaller touch display is attached to the strip that runs over the inside of the door. Here, such as heating and blower are operated. Smartphones, Bluetooth speakers and navigation aids can also be plugged into this bar.

The Microlino offers seating for two people, and the side windows can be pushed aside to let in air. There will be two Li-ion battery options for a range of 125 km or 200 km per charge, the 11 kW motor should enable 90 km / h, and the trunk volume should be 220 liters. The chassis, engine and battery pack have been improved for the third generation.

From north to south on the A7

The charging stations are the problem: That’s how my tour with the e-car across Germany went

Without question, the Microlino is an eye-catcher, a real gem. Quite different from the Twizzy, Renault’s microcar. But will it also be a success? In China, a micro car, the Hongguang Mini EV, has turned out to be the world’s best-selling e-vehicle. But the differences are huge: The China car offers space for four people and the most expensive version for 4500 euros is quite lavishly equipped.

The basic version of the Microlino will probably already cost 12,000 euros. This is very expensive for the mass market. The Microlino 2.0 was still considered an L7e vehicle, if the production model is also approved as a light vehicle, it will not benefit from the current subsidies. The federal government only subsidizes e-vehicles as passenger cars, smaller and therefore more environmentally friendly vehicles go away empty-handed.

There is also another aspect. Safety is most important to customers when buying a car, a discipline where a micro car cannot score. The front door is noticeable, but made the old Isetta suspicious. Even in a minor impact accident, it was impossible to leave the car.