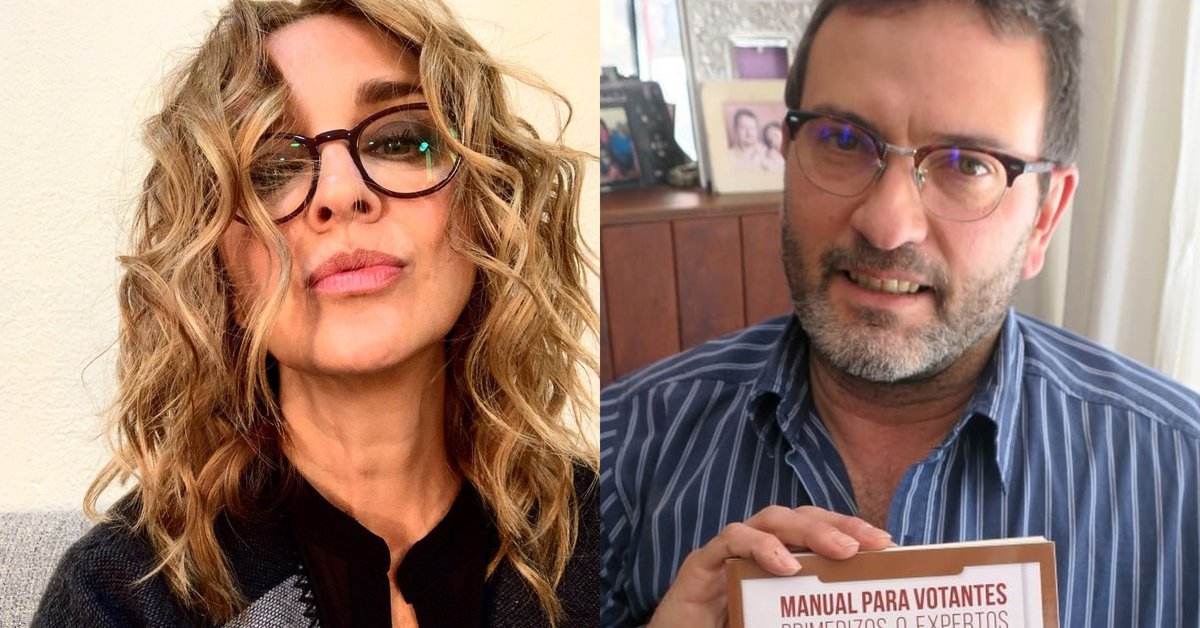 Claudia Ramírez caused a stir after her comment after the death of “monero” Helguera (Photo: Instagram / @ claudiaramirez / @ antoniohelguera)

One more controversy joins those of Claudia RamírezNow the actress gave something to talk about after a comment she made on her Twitter account, which multiple Internet users described as insensitive and out of place.

And it is that after the recent passing of the cartoonist Antonio Helguera, Ramírez wrote something that many considered insensitive. The controversy began when the doctor in linguistics Violeta Velázquez wrote on the social network of short messages: “A long time ago there was no such sad news”, in relation to the sensitive death caused by a cardiac arrest of the “monero” of leftist ideology, a contributor to publications such as El Chahuistle and El chamuco.

After Velázquez’s lamentation, it was Claudia Ramirez who took up the message and wrote in a mocking tone “Hahaha, and where do you live?” Before the message, the writer and essayist Aurelio Asiain joined the actress’s comment and responded “in the opium dream of enlightened fanaticism.”

Antonio Helguera died this June 25 derived from a cardiac arrest at the age of 55 (Photo: Twitter @ chabeloviviomas)

After that, a large number of users questioned her words that caused outrage on the network, as they called the actress miserable and petty. For her part, the linguistics doctor reproached him for his lack of sensitivity.

“Make the sadness of others a popularity contest of “Let’s see what is more painful” only portrays them as insensitive, emotionally awkward and ultimately miserable. Because the one that hurts us was one of ours and you don’t know that feeling, “said Violeta Velázquez.

After the avalanche of criticism that questioned the lack of sensitivity of the actress, Ramírez continued writing messages, and in one of them toclarified that he was referring to the lethality of COVID-19 and the unfortunate number of people who have passed away. He also stated that “The pack was released to fill her with insults.”

The interaction between Ramírez and Velázquez generated a trend (Photo: Screenshot)

To shelve the controversy, Claudia wrote: “just remember, nobody is that important” and minutes later she shared an image of a bread “so that life is sweetened”.

Although he received many attacks, the truth is that other users also pointed out that what he wrote is realistic. This topic climbed to the trending markers of Twitter, where the actress was Trending topic for a few hours.

Later, Violeta Vázquez wrote that: “Those who come in derision to list tragedies know that several have already done it before and that there are many names for the emotions that tragic events cause us ”.

The actress has shown her repudiation of the AMLO government (Photo: File)

“This Claudia Ramírez is another copy of Laura Zapata, seasoned with the bitterness of Lily Téllez. There was no more “,” Comments like Claudia Ramírez’s show the involutional process in which the Opposition is doubly defeated “,” The actress Claudia Ramírez borders on the miserable by allowing her hatred to cloud against ways of thinking, and see the public life that she does not share ”, are some of the messages that can be read in reference to the subject.

The 56-year-old actress has previously sparked controversy for his strong criticism of the government of Andrés Manuel López Obrador, of whom it has been said disappointed in some occasions.

With the photo of some bread, the actress tried to shelve the issue (Photo: Screenshot)

In March of this year she launched into criticism arguing that the current administration belittles the feminist struggle: “It is already going to be a year since the March 8 women’s march and it seems to me the president has understood absolutely nothing of what is happening with women in this country. I think many women trusted that it was going to be a more feminist government and it was the opposite, “she told Eph.

He currently participates in the telenovela Burning fire, and is part of the main cast of the series Who Killed Sara?, a project that was positioned as one of the most viewed in Netflix with its first two seasons.