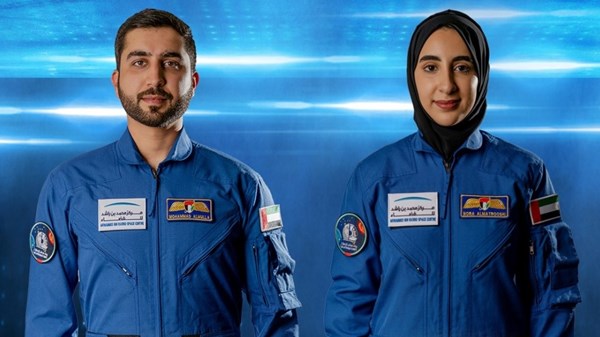 Amna Al Ketbi (Dubai)
The astronauts of the second batch of the UAE Astronaut Program, Mohammed Al Mulla and Noura Al Matrooshi, completed a 6-day diving training, to obtain an open water diving license and an advanced open water diving license. Next December, he will continue training at NASA.
The training program includes qualifying Al-Mulla and Al-Matrooshi to manage various tasks at the International Space Station, training on spacewalk missions outside the station, staying for long times at the International Station, training on the station’s main systems, controlling robots, training to fly T-38 aircraft, and language skills. Russian, and other training including survival courses on land and water, and various physical exercises.
The two pioneers, Al-Matrooshi and Al-Mulla, had started the preparatory exercises at the Mohammed bin Rashid Space Center at the end of last April, which lasts about 9 hours a day, including 3 hours for learning the Russian language, and 4 hours of diving training, as well as various theoretical exercises, including survival in various circumstances and environments. , Improving stamina, and flying lessons.
The two new astronauts join astronauts Hazza Al Mansouri and Sultan Al Neyadi, to form a four-way team under the umbrella of the UAE Astronaut Program, to support the UAE’s ambition in the field of space exploration, and to serve the strategy of the “Mohammed bin Rashid Space Center” based on achieving the vision of the rational leadership in the field of space and access. in the UAE to advanced positions in this sector and the sustainability of its national program.