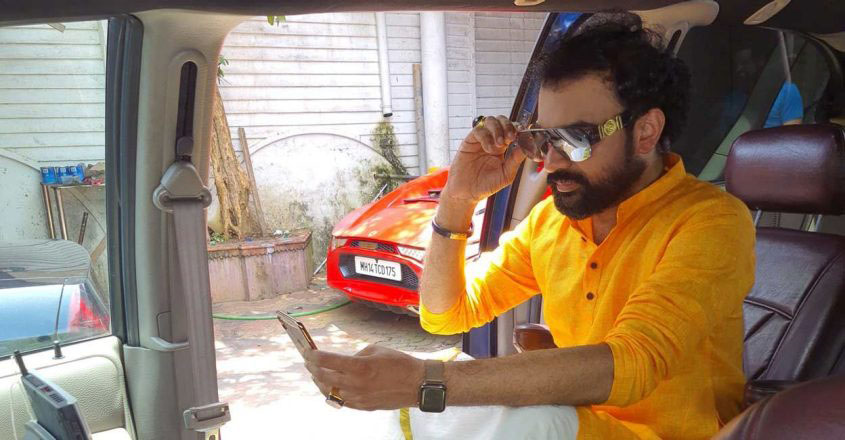 Thiruvananthapuram: The letter sent by ADGP Manoj Abraham to the then DGP Loknath Behra two years ago to ask the Enforcement Directorate to investigate Monson’s archeological fraud has not reached its target from the police headquarters.

A year and a half later, the intelligence submitted a detailed report to the Chief Minister and submitted a new letter to the ED. It was learned that Monson and the police chief were introduced to a woman from Kottayam who is an Italian citizen. They were active in the Loka Kerala Sabha and the ‘Ascend Kerala’ investors’ meeting. When the woman broke up with Monson, the police chief dropped him off. He further added that the report was submitted to the ED along with the intelligence report demanding a strong investigation.

Top officials including DGP Loknath Behra and ADGP Manoj Abraham arrived in Kochi in May 2019 to attend the wedding of SP Sujit Das. When it was time to return, Behra invited Manoj – ‘Manoj, let’s see a museum’. When the two got into the car, the then Kochi Commissioner S. Surendran showed us the way to the museum. Only Monson and staff at the museum. No one comes to see this, Manoj’s questions like where is the money to buy and where is it being sold were not answered.

Monson, who claims to be an ayurvedic doctor, showed me 100 watches encrusted with diamonds and a bible written in gold letters. He ascended the throne and took pictures. A few days later, Monson shared this on social media. That is when the suspicion of fraud increased. Then in May 2019, Manoj prepared a letter to give to the ED and gave it to the DGP. It is unknown at this time what he will do after leaving the post.

He also asked the state intelligence for a detailed investigation. Top officials recall that the expatriate woman had visited the police headquarters several times at that time. The DGP had told his colleagues that he was coming to discuss various issues of Malayalees in Italy.

In December 2020, the DGP and the Chief Minister received another intelligence report on the scam. It said he should be careful and that he was a swindler. That’s when Monson and the woman meet. Subsequently, in January 2021, DGP Behra submitted an official letter to the ED requesting an inquiry into Monson’s deal; And the intelligence report. There were no names of police officers in it.

Meanwhile, it was learned that he was also using the name of the Chief Minister for fraud. The complaint received by the Chief Minister recently was investigated and confirmed by the Intelligence in detail. The Chief Minister immediately summoned the police and directed them to take strong action. Based on this, DGP Anil Kant appointed Ernakulam Crime Branch SP MJ. Sojan was handed over to the inquiry. The woman had also visited the former crime branch chief with a request to intervene in a financial fraud case in Italy.

Will be questioning from today

The Ernakulam Chief Judicial Magistrate’s Court remanded Monson in custody for 3 days for questioning and taking evidence. Will be questioning in detail from this morning. He reached the Crime Branch SP office in Tripunithura around 7 pm yesterday but no significant interrogation took place at night. Being tired gave him a chance to rest. Earlier, when he was rushed to the Ernakulam General Hospital for a medical examination before being produced in court, his blood pressure was high. He was produced in court more than two hours later.