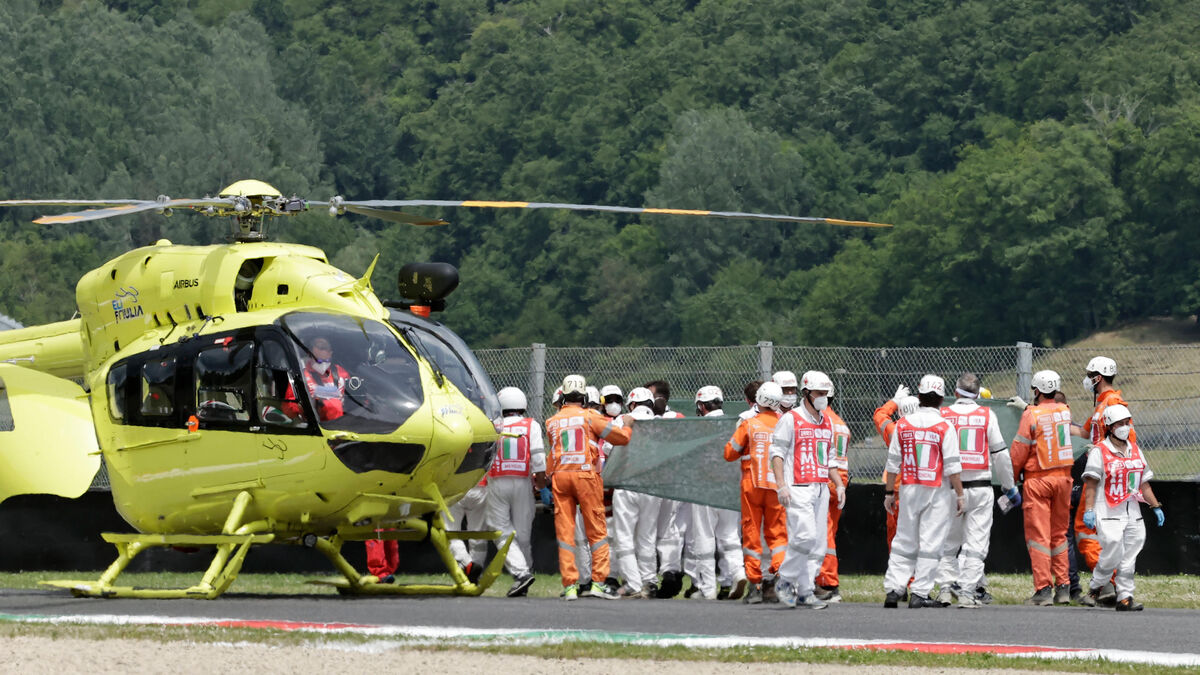 Despite the surgery he had last night, Jason Dupasquier passed away this Sunday morning, announced the promoter of the Motorcycle Speed ​​World Championship in a press release.

On its Facebook page, Jason Dupasquier’s team previously donated news from the pilot and they are not good: “PrüstelGP has decided not to race at the Italian GP today. Jason Dupasquier’s situation is still critical and our thoughts are with him. Keep fighting Jason, ”reads this post.

Dupasquier fell in the last moments of qualifying on Saturday. According to television footage showing only the end of his fall and statements from the other riders involved, Japanese Ayumu Sasaki and Spaniard Jeremy Alcoba, he was hit by at least one motorcycle, before sliding lifeless on the track.

Stickers in support of Switzerland

After forty minutes of intervention by rescuers, the 19-year-old Swiss was transferred by medical helicopter to Carregi hospital in Florence. “The patient was transferred to the trauma center of Careggi hospital, he is multiple trauma and in serious condition,” a medical source told AFP on Saturday, who had “no information” about a possible neurosurgical intervention which would have been carried out according to the Italian press. Son of motocross and Supermoto rider Philippe Dupasquier, Jason, who wears the N.50, made his World Cup debut in 2020 under the colors of the German team PrüstelGP, which races KTMs. He scored no points and placed 28th in his first season. In 2021, after five starts, he is 10th in the drivers’ standings with 27 units.

This Sunday morning, during the “warm up” of the Moto3 category, riders wore stickers in support of the Swiss, to whom the Frenchman Fabio Quartararo (Yamaha) dedicated his pole position in MotoGP. In Moto2, the Swiss rider Thomas Lüthi also “decided not to race at the Italian GP today and is going to the hospital to be close to Jason Dupasquier’s family”, specifies his SAG Racing Team on Facebook .