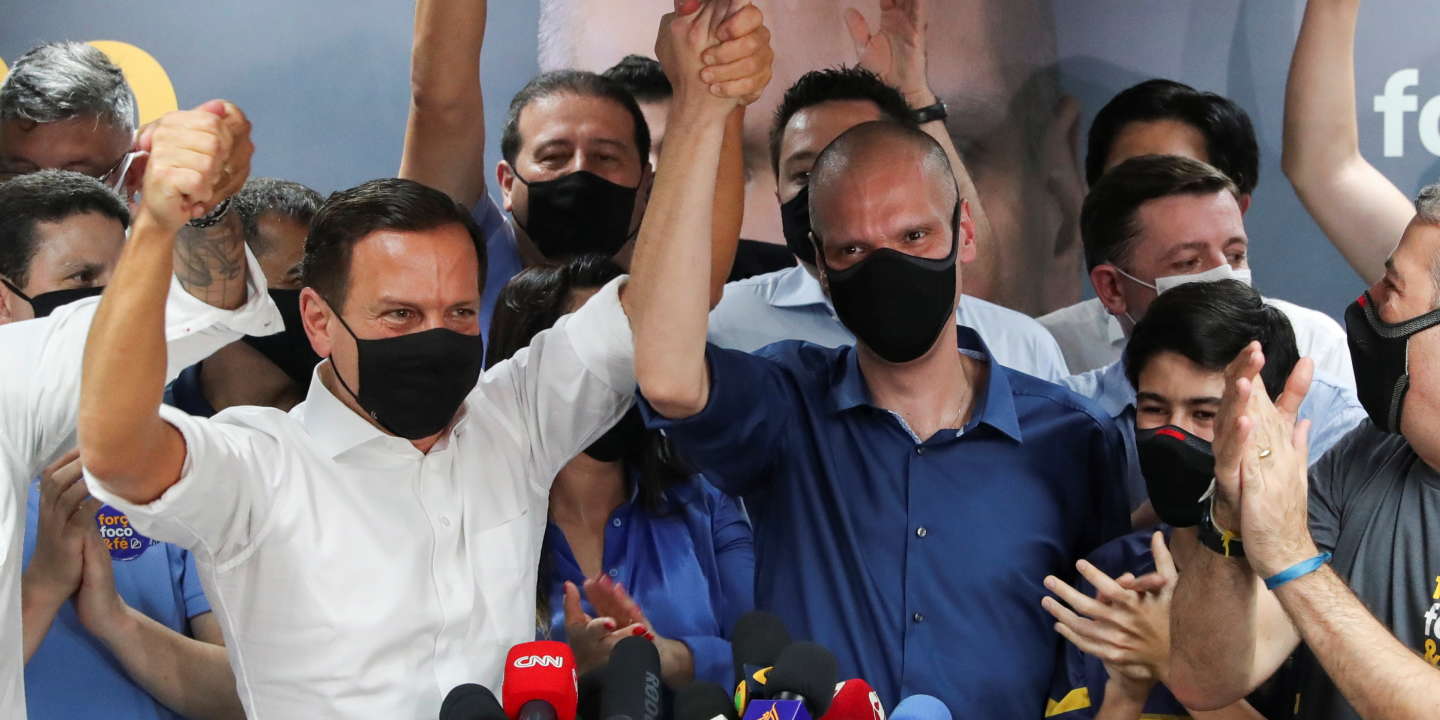 There are evenings of defeat that look sadder than others. This Sunday evening, November 29, in front of the Sao Paulo Art Museum (the “MASP”), under the drizzle and squalls, a few dozen young left activists with dim eyes gathered. History of comforting each other, together, around a little music and ice cold beer, after the rout of their champion, Guilherme Boulos, at the municipal elections.

They all believed in it. But the candidate of the Socialism and Freedom Party (PSOL), finally largely bowed in the second round of the ballot against the outgoing center-right mayor Bruno Covas, from the Brazilian Social Democracy Party (PSDB). Despite favorable polls and a good campaign waged briskly, Mr. Boulos won only 40.62% of the vote against 59.38% for his opponent.

Article reserved for our subscribers Read also Brazil: Guilherme Boulos, candidate for mayor of Sao Paulo and hope of the left

Among the “boules”, the disappointment is great. “We lost an election, but won a candidate for the next presidential election! “, tries a speaker in front of the small crowd of MASP. ” I am very happy, I even have a feeling of victory!, insists Deborah, 29, a PSOL activist. We have shown that a renovated, modern left could emerge. Since the election of Bolsonaro, we have been on the defensive. Now let’s raise our heads! ”

Beyond Sao Paulo, 38 million Brazilians were called to the polls on November 29 to decide between the last candidates of 57 of the approximately 5,500 cities of the country – a second round only planned in municipalities with more than 200,000 voters -, with the exception of the state of Amapa (Amazonia), where huge power cuts forced the authorities to postpone the entire ballot until December 6.

Rout for the Workers’ Party

Despite a significant abstention (29.7%) due to Covid-19, the ballot was hailed for its good performance and even allowed some substantive exchanges, in particular in Sao Paulo, where the two candidates faced each other in high-level debates without insult or invective. “It is possible to practice politics without hate”, insisted Bruno Covas in his victory speech: an implicit allusion to the excesses familiar to President Jair Bolsonaro.

However, the election did not keep its promises in terms of diversity and representativeness of elected officials. Despite the imposition of quotas and binding rules, according to daily records Newspaper, barely 2% of city halls in Brazil will now be run by blacks and around 12% by women.

You have 55.18% of this article to read. The rest is for subscribers only.