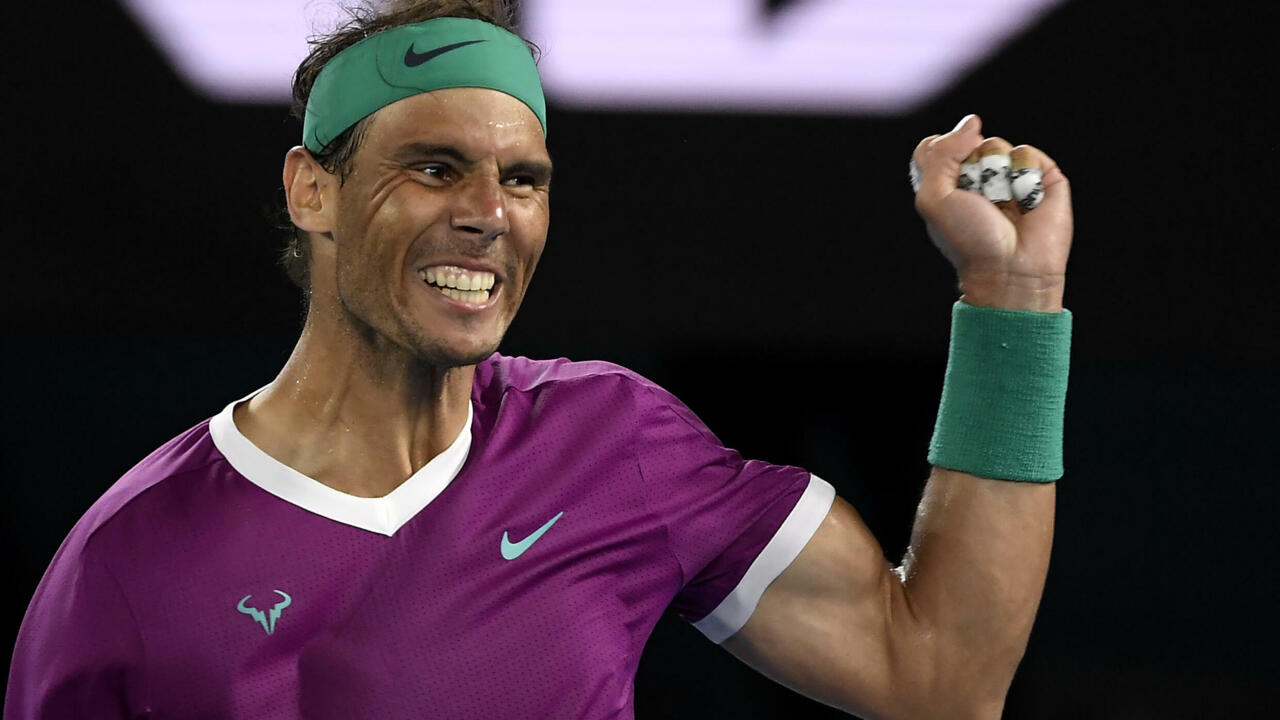 The Spanish tennis player qualified for the Australian Open final on Friday by beating Italian Matteo Berrettini (6-3, 6-2, 3-6, 6-3). He will face Russian Daniil Medvedev in the final this Sunday with the backdrop of the opportunity to become the most successful player in Grand Slam history.

This Australian Open 2022 seemed to be a clear path to allow Novak Djokovic to win his 21e Major and thus become the most successful player in Grand Slam history. Caught up by his vaccination status, the king of Melbourne, nine times winner in Australia, was unable to defend his title and, against all odds, it is finally another tennis legend who could well write the history of his sport at the Rod Laver Arena .

Rafael Nadal had not played tennis since last August before showing up in Melbourne. In question, a foot injury that he has dragged on for a long time and which cannot be completely cured. Seeing the Mallorcan fight for the second Australian Open of his career against Russian Daniil Medvedev this Sunday therefore surprised many people, including the interested party himself. ” Being able to play at this level but even just playing against the best players in the world is incredible for me. “, he said in particular. It’s hard to believe for people on the outside, but even for those who have followed me on a daily basis for the past six months, it’s hard to understand how I can play at this level today. “, he added.

Because beyond this incredible “comeback”, it is the regularity of the Spanish left-hander that commands respect, despite the many physical glitches he has encountered. Nadal will thus play this Sunday his 29e Grand Slam final, two less than Federer and Djokovic for the same number of final victories, and this will be his sixth final in Melbourne where he won only once in 2009 against Roger Federer.

He will face 25-year-old world number two Daniil Medvedev, who lost du Grec Stefanos Tsitsipras in four sets (7-5, 4-6, 6-4, 6-1) at the end of a tense match where the Russian literally freaked out, accusing the referee of not sanctioning his opponent for having received instructions from his coach during the match, which is prohibited.

Medvedev gets angry with the referee, accusing him of not sanctioning the exchanges between Tsitsipas and his father. Crazy ! #AusOpen #HomeOfTennis pic.twitter.com/ZRHmJ4fTV5


Nadal, will in any case have a hard time dealing with the sanguine Medvedev who had already lost last year in the final against a certain Novak Djokovic. In four confrontations, the Spaniard won three times against Medvedev, including once in the final of the US Open in 2019 in a match that took the two men to the fifth set.

A final for history

If he wins this final, the Mallorcan will not only join Djokovic, so far the only player to have won at least two Grand Slams, but he will also become the only player to have his name on the list of winners of 21 major tournaments, a absolute record which seemed however until now promised to the Serb, younger than his best Swiss and Spanish enemies. Djokovic had already had the opportunity to win this famous 21e Grand Slam in September at the US Open, before already losing to Daniil Medvedev in three sets, probably destabilized by the stakes of this victory which would also have made him the second player of the Open era at achieve the calendar Grand Slam after Rod Laver.

This record, Nadal, he claims not to think about it. ” To be very honest, just being able to play tennis again is more important than winning the 21st Grand Slam », he explained. Difficult however to think that it does not drag in a corner of his head. Especially since if his body leaves him alone, “Rafa” will have another opportunity to beat this record, or win a 22nd Grand Slam, in his garden at Roland Garros where he has already won 13 times in May. Not to mention that the Spaniard probably has little chance of meeting Djokovic there since the vaccination pass should be compulsory to participate. In Melbourne, as in Paris, Rafael Nadal thus the opportunity to enter a little more into the legend of tennis.

THE MOST SUCCESSFUL GRAND SLAM PLAYERS

Roger Federer (Switzerland): 20 Grand Slam titles (8 at Wimbledon, 6 at the Australian Open, 5 at the US Open, 1 at Roland-Garros)

Novak Djokovic (Serbia): 20 Grand Slam titles (9 at the Australian Open, 6 at Wimbledon, 3 at the US Open, 2 at Roland-Garros)

Pete Sampras (United States): 14 Grand Slam titles (7 at Wimbledon, 5 at the US Open, 2 at the Australian Open)

the testimony of a neighbor, not surprised at what happened, “the police are regularly at their house”