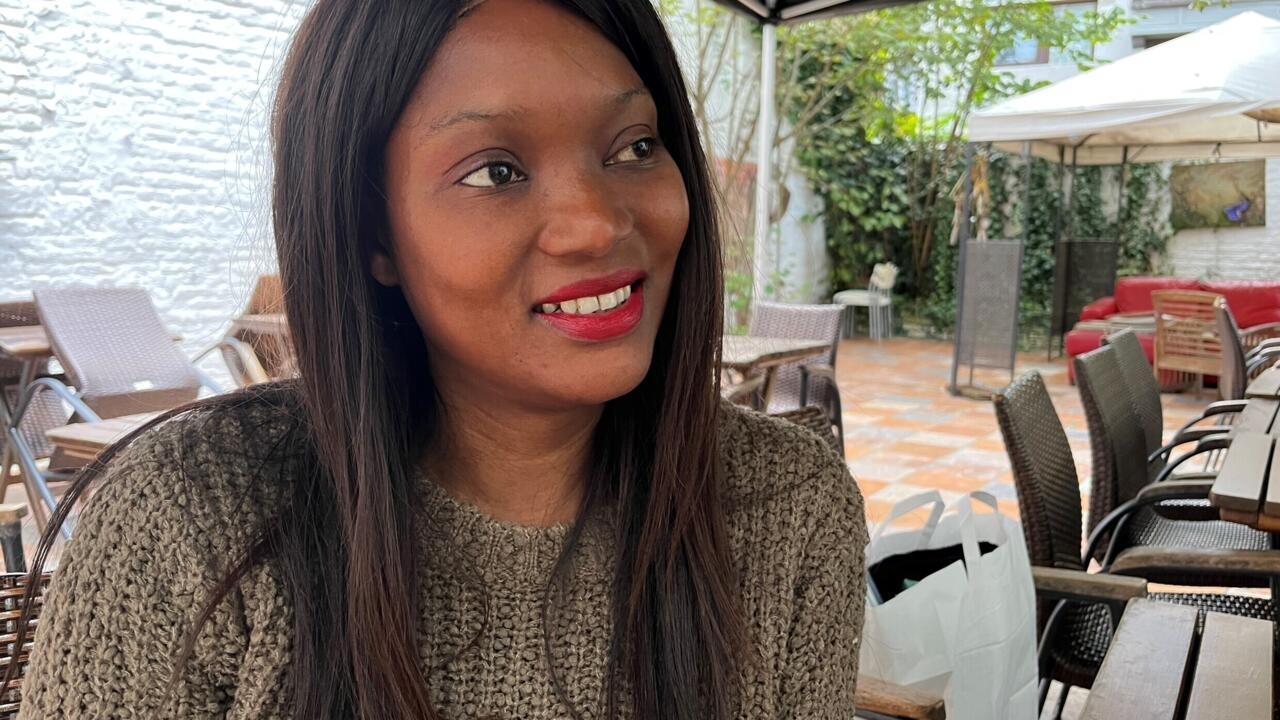 In Brussels, the owner of the Senegalese restaurant La Signare cultivates a social bond with its customers, as well as with its country and Africa. Her association provides sanitary protection to prisoners in Senegal and supports an orphanage in Bissau.

A row of red banquettes, a large terrace in the backyard and the inevitable mbalax in the background… La Signare, a Senegalese restaurant opened in 2013 by Nancy Mbaye, when she was barely 30 years old, is one of the best-known addresses in Matonge, the African district of Brussels. The owner, a beautiful, independent and determined woman, ready to solve everything with a smile, is a personality from Afro-Brussels. It creates a very friendly atmosphere, attentive to a mixed clientele of all origins and social classes.

From the start, she wanted to do social gastronomy “, she explains. She had registered the place in the name of her association, called “Stamps for all women”. The restaurant was mainly there to finance donations made to prisons in Senegal, so that prisoners have access to the sanitary protection they lack. ” I bought 25 sewing machines for the Penal Camp, a prison in the Liberté 6 neighborhood in Dakarsays Nancy Mbaye. The association delivers boxes of hygienic products and fabrics so that women can make their own washable pads. »

Meeting with a prisoner in Dakar

Where did this idea come from? Nancy Mbaye explains first of all that she grew up “in the social”. Raised by her maternal grandparents in Dakar, not by her parents. ” I lived like a very spoiled child. My grandfather was a customs officer and my grandmother had her heart on her sleeve. She shared a lot, all the time. Continuing to do so is also a way of repairing my suffering, of fighting to survive.”

As a teenager, she dreams of becoming an air hostess, but keeps her feet on the ground. At 13, she meets an incarcerated woman while on vacation with her uncle, who was a prison director. “Prisoners of good behavior came to the house to clean up. I asked a lady how she did during her period, and she didn’t answer me. I always remember her look, full of tears”.

His first reaction is to act. Especially since in her uncle’s office, she observes from the window the prison courtyard, where the sad faces of the inmates break her heart. ” I said to myself that something had to be done. I started to give tampons and pads, with the small notes of 1000 CFA francs that I could receive. »

A European itinerary, from Turin to Brussels

After Blaise Diagne high school, she did a DTS in secretarial work, but left for Italy in 2008, at the age of 25, where she followed a lover. She devotes to her cause, protections for prisoners in Senegal, most of her first salary, earned through odd jobs by the sea. Her uncle, shortly before his retirement, asks her to stop sending him the money. He will no longer be able to take care of buying these products, and advises him to set up a structure.

Hence the association, founded in 2013. In the meantime, Nancy Mbaye has made her way. In a train between Turin and Milan, she sympathized in 2009 with a Belgian established in Italy, which allowed her to have papers by giving her the status of domestic employee. In 2011, she passed through Paris, worked in a hairdressing salon for a few months, then took a break in Brussels with a musician friend. There she meets a man from Brussels, Olivier Case, who will become her husband. She helps him manage two guest houses, then buys La Signare’s business.

Donations from Bissau to Brussels

Since then, she shines, through encounters that are decisive for them. In Guinea-Bissau, she collaborates with a former First Lady, the wife of Malam Becaye Sagna, to improve living conditions in an orphanage. Since 2014, she has helped install the light, pay the rent and buy food. ” These gifts, I make them with the heart”, she says. In Brussels, she also sends food parcels to Forest prison during the month of Ramadan. ” Even in the restaurant, I listen to my customers, whom I consider my friends. I receive information and I help families who are not necessarily Senegalese, but also Belgian, French, Italian… »

Nancy Mbaye has always wanted to make a difference in a positive way, without making noise. This pillar of the Senegalese community in Brussels has a production label to organize events, helps sell concert tickets for Senegalese artists and provides catering. She moved heaven and earth so that Omar Pène, in concert on March 26 in Brussels, was welcomed by a full and enthusiastic hall. ” I prefer to work in the shadows, but I hope to inspire young people. I am a believer. When you work for God, there’s no need to put on speakers! »

US to start processing permit applications for Venezuelans on Tuesday