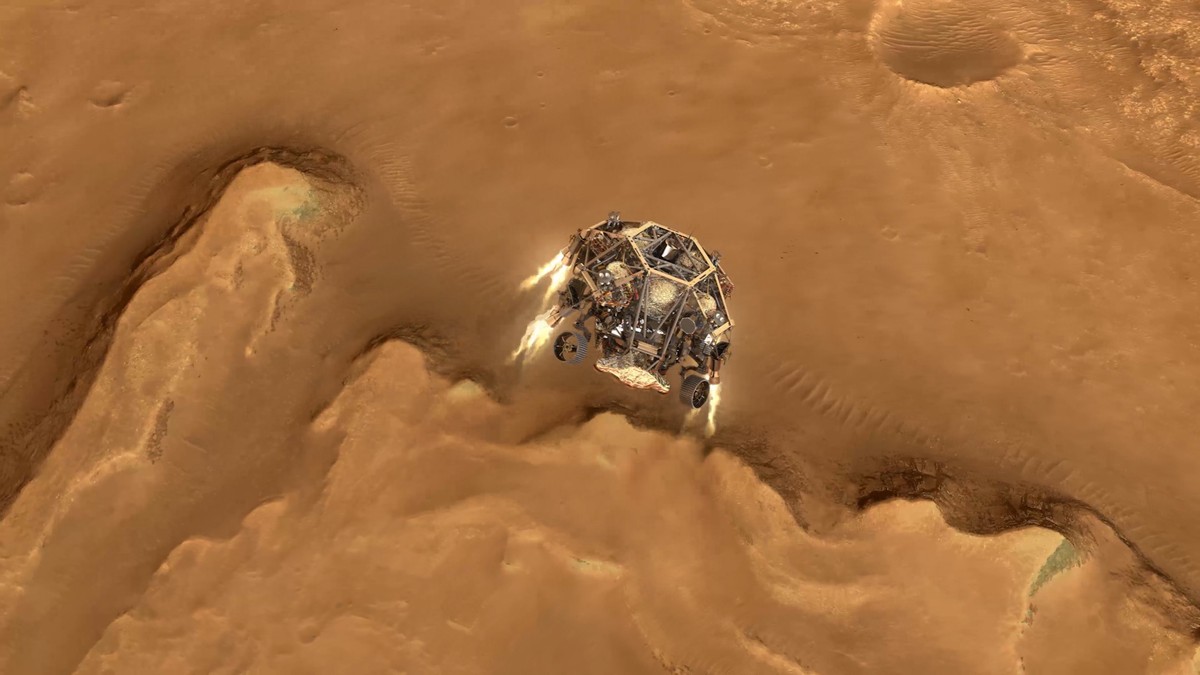 A spacecraft is speeding at 83,824 kilometers per hour, on its way to the red planet to continue its search for past life on Mars.

Inside the spacecraft crashing towards Mars is the rover “Perseverance”. On board, it has a Norwegian-developed georadar that will study the conditions underground.

Researcher Svein-Erik Hamran from Fauske in Nordland has been central during the construction of the Norwegian georadar “Rimfax” which will study the geology and conditions underground on Mars.

Hamran is a professor at the University of Oslo. Together with the Norwegian Defense Research Establishment, he has led a six-year project to build the georadar.

This summer, he told NRK that this is the most exciting thing he has been involved in so far in his career.

Two days before landing, Hamran admits that his nerves are tense.

For this will be nail biting surgery.

– Nasa has landed on Mars many times, and they have had great success in the last 20 years. Nevertheless, there is a lot that can go wrong during such a landing. It is far away and everything is programmed in advance, says Hamran.

What one fears most is the impact itself.

– There are very many things that will happen one after the other, and each operation is important. If one thing goes wrong, everything can go wrong.

The first images from the surface are expected shortly after “Perseverance” has landed. Hamran and his colleagues at the University of Oslo will follow this from a newly constructed operations center.

Here, NRK2 will also set up and broadcast live from the landing on Thursday night.

“Rimfax” is fought on day four. The measurements with the radar will probably start two weeks after landing.

Astrophysicist and podcaster Eirik Newth has seen the animation from the March 2020 mission.

– First and foremost, it depicts a very cool, but also a clearly quite risky strategy, he tells NRK.

According to him, the plan is very similar to when NASA’s Curiosity landed in 2012.

Therefore, he also believes it will be a nerve-wracking operation – both at Nasa and in the team of Norwegian Hamran. He himself has met him in podcast Romkapsel.

– It is an insane job in advance, and they only have this one chance. There will hardly be any new chance for a Norwegian team to get such an instrument on a Nasa robot right away.

– There is a lot at stake, and one of the things that comes out very clearly when you talk to researchers who have provided instruments for this project, is how many years of their lives they have invested in the project.

February 18 or a scrap heap for 5 billion.

Despite the name “Perseverance”, which means endurance, the vessel is not equipped to go into orbit and wait until another suitable time is found.

It must land on the red planet on February 18. It is then or never, Newth explains.

– Then it’s straight up to Mars and straight down to the ground. If you do not get it by then, you have a 5 billion dollar lump of scrap on the surface of Mars, he says.

Due to time delay and distance, you can not sit on the ground and remotely control what happens. Then the automation must work as it should.

“Perseverance” during the first two years on Mars will take at least 20 samples of the surface to be collected and sent back to Earth for analysis.