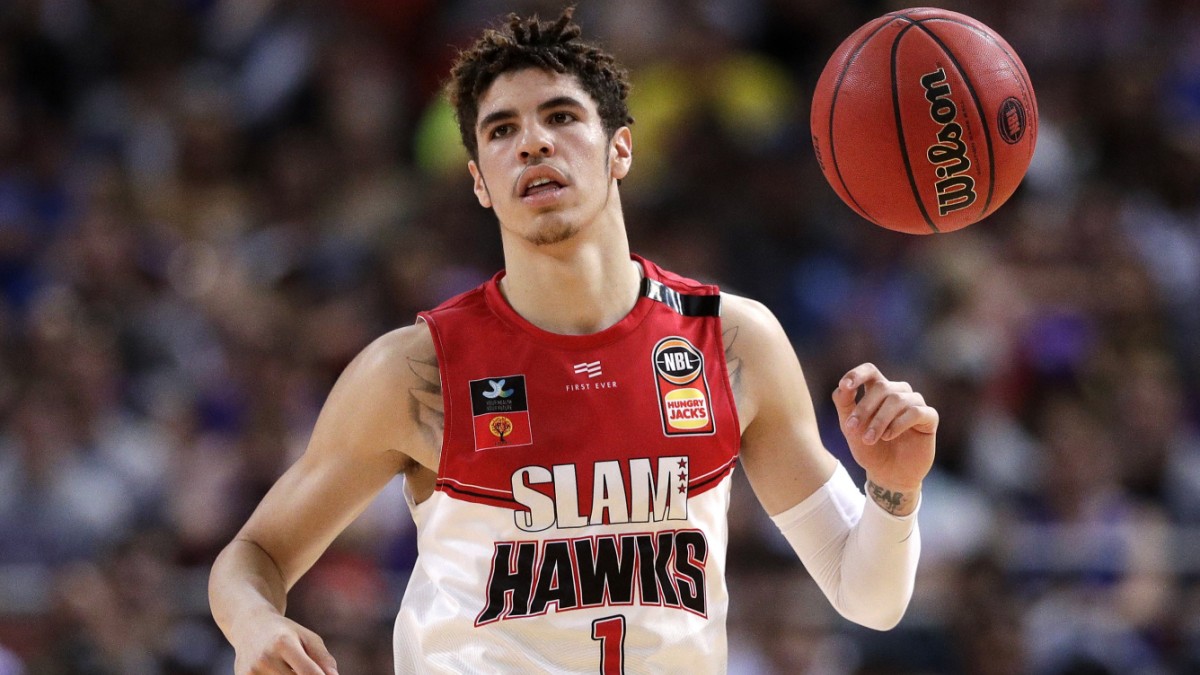 Of course, the din is huge again, after all, it’s about America’s biggest sports fuss ever. It’s always like that when LaVar Ball and his sons come on the scene and this time it’s about his youngest: LaMelo Ball. At the age of 19, the curly-haired man from southern California could be the first to be chosen in the NBA draft on Wednesday night – that one US basketball talent show in which the clubs are allowed to sign the greatest young hopes one after the other.

It is not even clear whether LaMelo Ball is the best player in its age group at all. But it is the most prominent and this time it could be worth more than any highlights on the floor. In the US, quite a few expect Ball to be the first to be drawn, to dash into the league by storm with all the media hype about himself and to become the next big thing. Up until two years ago, as a basketball player, he still looked like a computer figure, a streetball player with more nonsense in his head than tactical understanding. He was 16 and galaxies away from the NBA.

At that time, his father, who can undoubtedly be described as crazy, started his move from high school in Chino Hills to nowhere in Lithuania. LaVar wanted his Filius to finally play among men and for Europe to see him doing magic too. The experiment of a stay of several weeks at BC Prienai failed from a sporting point of view, because LaMelo’s “magic” only led to a large number of ball losses and head-shaking colleagues against the Lithuanian full-time professionals. But the balls sure got the attention. Especially since LaVar finally founded a youth league to promote his own shoe company, in which LaMelo could shine against Lithuania’s offspring.

In any case, Father Ball was never interested in pure sport, he wants to earn money with his children – and he says that quite bluntly. “I don’t even bother with millions, I only talk about billions,” is a quote from him that describes his ambitions. Incidentally, LaVar Ball is serious, his reservoir of stupid sayings is considerable. His wife, at that time at the university a “big and pretty mare”, as he likes to tell in interviews, he looked for because she was “a talented basketball player” and that increased the chances of tall basketball offspring. It worked.

LaMelo measures 2.01 meters, his older brothers LiAngelo, 21, 1.96 meters and Lonzo, 23, 1.98 meters. LiAngelo only plays in a US junior league thanks to his moderate talent, Lonzo at least made it to the LA Lakers and then to the New Orleans Pelicans, he has actually developed into a serious professional as a playmaker. But LaMelo? He’s still half a media phenomenon, an influencer of basketball and, unfortunately, his father’s puppet.

On Instagram, 5.6 million people are regularly interested in his life, which he spends between the training hall and BlingBling. There are as many followers as Leroy Sané has, for example – only that he has been a professional footballer and national player for four years. There are numerous reports and videos from LaMelo’s time in Lithuania, some of them quite hair-raising. LaMelo wore a wild, fluffy hairstyle, his game corresponded with his hair – at some point the coaches there couldn’t stand him anymore.