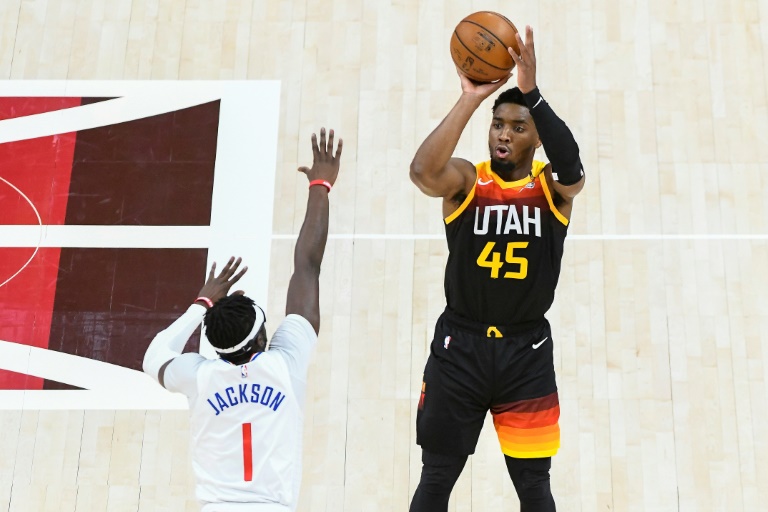 The Sixers, thanks to Joel Embiid, set the record straight against the Hawks (118-102) in the NBA play-offs, while Utah, led by Donovan Mitchell, took the lead (112-109) against the Clippers in the other conference semi-final played on Tuesday.

The Cameroonian pivot was surely disappointed not to be named best player of the regular season, ahead of the Serbian Nikola Jokic (Denver). And it may have even motivated him, on the floor of the Wells Fargo Center, where fans have not failed to chant “MVPs!” of consolation, as he dominated the debates (40 pts, 13/25 on shots, 13 rebounds).

He was not at all unworthy in the N.1 match, unlike some of his teammates. But by still giving the example, in terms of fighting spirit, all have followed suit this time. Just like Shake Milton, a real “X factor” of the team when he caught fire at the end of the 3rd quarter with a shot behind the arc succeeded at the buzzer synonymous with break (91-84).

The replacement shooter (14 pts) continued his momentum at the start of the 4th quarter, with two other distant banderillas, which widened the gap a little more (107-88). And this time definitively.

Because Philadelphia started off with a bang in this match, leading 20-4 after only five minutes of play, thanks in particular to Tobias Harris, also over-motivated (22 pts) and Seth Curry very skilful at long distance (5/6, 21 pts).

But the Hawks did not panic and returned to full height at halftime, taking advantage of the insolent address of substitute Kevin Huerter, who in that first act showed 100% shooting, but eventually disappeared (8 / 10 to shots, 20 pts).

His teammates weren’t as efficient, foremost among them Trae Young, who walked around in Game 1 scoring 35 points. This time, he was limited to 21 units (1/7 from behind the arc, 11 assists), constantly pressed by the good defense of Ben Simmons who had a lot to be forgiven in this regard.

The 76ers have found the right adjustments and muscular their game. It remains to be seen how the Hawks will react on Friday at home in Game N.3.

A huge counter from Rudy Gobert, on Marcus Morris’s last attempt to equalize, secured victory for the Jazz, rewarding the very great performance of Donovan Mitchell (45 pts) who woke the whole team in the second half.

Utah was indeed behind by thirteen points at the break, after a first period spent missing almost everything that was possible to be. His young star then took matters into his own hands, and everything changed. He first put ten pawns in a row in two minutes to start the third quarter, which shook the Clippers, ultimately seeing their lead melted ten minutes later (79-79).

Then, he further accelerated in the money-time (16 pts), without the defense of LA being able to do much, while Bogdan Bogdanovic and the 6th man Jordan Clarkson finally found the target (18 pts each).

The “Clipps” did not disarm, despite Kawhi Leonard hardly at the party (23 pts, 9/19) and Paul George (20 pts, 4/17) without a compass for a long time. But they found in this last quarter a sprawling Rudy Gobert, who had also missed his first act, but was finally involved in attack (10 pts), fought on the rebound (12 including 3 offensives) and was finally dissuasive in defense (2 blocks, missed or not attempted shots in front).

Under the mask, the idol Karl Malone must have enjoyed in the stands, and not far from the bench Dwyane Wade who acquired shares of the club, was jumping with excitement during the rise of the Jazz, when he was not advising Mitchell on phases attack.

On the LA side, a sense of frustration at having come close to a pretty shot can predominate, with Leonard and George having a rough night. But they paid for this lack of offensive impact at the end of the match, started in the skin of a holder for Nicolas Batum (6 pts, 4 rebounds, 2 assists) slightly less present than usual.