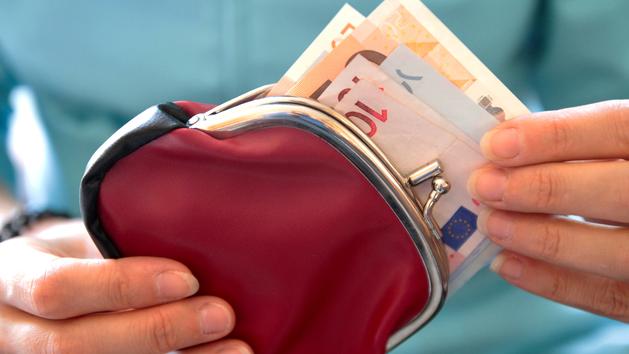 Consuming, yes, but not about saving. This is what emerges from a study by CSA Research carried out for Cofidis

. According to this survey, in August nearly one in two French people (48%) planned to take out consumer credit so as not to have to touch their savings. This phenomenon was reinforced with confinement, because it is an increase of 14 points compared to February 2020.

The French have been particularly careful with their savings during confinement. Between March and the end of July, households deposited 85.6 billion euros according to the Banque de France, including 25.1 billion euros only in April. This phenomenon did not stop after the deconfinement, since 15.8 billion euros were accumulated over the month of July. In August 2020, net deposits on livrets A reached 24.5 billion euros, an exceptional amount.

The French mainly subscribe to consumer loans to finance projects, and in particular immediate projects. In February, this was the case for 46% of respondents. But now, some of them see in this type of credit a solution to the financial difficulties exacerbated by the crisis. In August, 1 in 5 respondents (19%) were considering consumer credit to cope with a decline in purchasing power.The results that emerge from the survey can therefore be interpreted in different ways. “Staking out a consumer loan can be the result of a financial strategy», Analyzes Mathieu Escarpit, marketing director of Cofidis. “Wealthy households benefit from the very low rates of the moment.

This allows them to finance projects for which funding is immediate, while retaining their savings. SEE ALSO –

“Difficult to project”Moreover, this renewed interest in consumer credit, and more particularly short credit, is “a trend specific to each economic crisis», Explains Mathieu Escarpit. ” It’s difficult to project yourself, so the French will keep their savingsand rather turn to credits that are neither too long nor too high

», Says the marketing director of Cofidis. Not strictly speaking a consumer credit, payment in installments allows households to assume a heavy expenditure without cash or savings.A good alternative in times of crisis, therefore, but also in times of confinement, thanks to the development of the digital offer. “The number of e-commerce sites that have adopted this payment offer developed by Cofidis has increased by 30% over the same period compared to last year. .This payment solution has proven to be a good alternative to closing stores to continue consuming, without taking any risk.

Protect savings above allIf the French are not usually fond of consumer credit, unlike the Americans for example, “they are extremely attached to their savings», Assures Philippe Crevel, director of the Cercle de l’épargne. “The principle of saving is that it allows you to face a hard blow, it is a guarantee of security»He explains. Gold, “consumption does not fall within the sphere of precaution, and therefore to support it, touching savings is not considered

.»A trend which on the one hand does not correspond to the wish formulated by the government to see the savings of the French reinjected into the economy, and which on the other hand “is irrational

»According to Philippe Crevel. According to the economist, favoring consumer credit over savings is not profitable in the long term, and can even be expensive, a paradox when we know that the French want to keep savings to fill any gaps in the wallet.«Most of the time, individuals invest their savings with little or no remuneration. However, by subscribing to a consumer loan, they will face rates that are necessarily higher than those applied to savings, and therefore ultimately lose money.

», He specifies. Despite this, savings are still sleeping in the accounts of the French, determined to keep them, for the benefit of consumer credit.